The Ultimate Guide to Extreme Sports near Vancouver 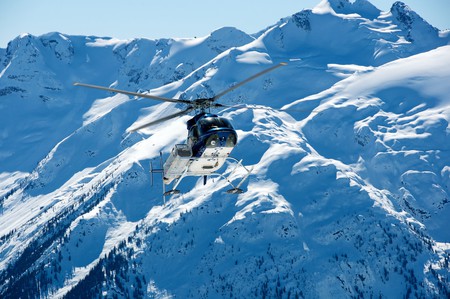 Vancouver is a magnet for adventure, seeing as its surrounded by water, mountains and national parks. Combined with its neighbours, Squamish and Whistler, this area in British Columbia is an extreme sports paradise. Follow this guide to the best extreme sports happening year-round near Vancouver.

Vancouver has a very active mountain bike community. North Vancouver is the place to go though. There’s even a non-profit organization that protects, maintains and develops the area’s trails. The best terrain is found around Mount Seymour, Cypress Mountain and Mount Fromme. Once the snow melts on Whistler Mountain, it becomes the Whistler Mountain Bike Park. It’s the ultimate downhill biking experience that suits all levels and attracts adrenaline junkies from around the world. 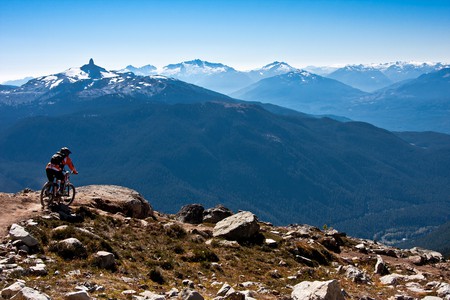 Another summer extreme sport activity, paragliding off Grouse Mountain in North Vancouver gives you an unreal view across the Burrard Inlet to Vancouver and beyond. Beginning on top of Grouse Mountain, tandem paragliders land at Cleveland Park, which is an elevation drop of 3,300 feet (or one kilometre). Another paragliding option is in Pemberton, just 20 kilometres (12 miles) from Whistler.

The Greater Vancouver area is home to three skiing mountains: Cypress Mountain, Grouse Mountain and Mount Seymour. Each of these mountains offer skiing and snowboarding terrain a quick drive from downtown Vancouver. Cypress is the best for powder and hosted some events during the 2010 Winter Olympics.

Less than two hours away is also the infamous Whistler Blackcomb. If you want to take these winter sports to the next level though, check out Whistler Heli-Skiing. This company has been in operation for 36 years and has the rights to 432,000 acres of mountain terrain (or 50 times the size of Whistler Blackcomb). The terrain includes an extreme 173 glaciers and 475 runs.

British Columbia only has two bungee jumping locations and they are both close to Vancouver. Whistler Bungee offers a rush of adrenaline year-round. The company jumps from a bridge over the glacial-fed Cheakamus River. There’s also WildPlay Element Park in Nanaimo on Vancouver Island, a short ferry ride from the mainland. Here you can jump over the Nanaimo River.

Squamish is the home of kiteboarding in BC. Unique weather conditions provide a consistent wind flow in Squamish, which is located in a bay on the Howe Sound. It’s a world-class kiteboarding destination and the two main beaches are the Spit and Nexen. The bay is at the mouth of the glacial-fed Squamish River, so full wetsuits are necessary. The best time to kiteboard in Squamish is from May to September. 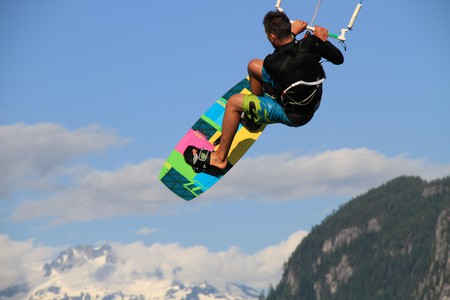 Perhaps the most well-known extreme sport, skydive near Vancouver in either Abbotsford or Pemberton. Abbotsford is located in the Fraser Valley southeast of Vancouver. Some of the scenery you’ll see on your flight and consequent descent include snow-capped mountains, downtown Vancouver, the Gulf Islands and the region’s many rivers and lakes. In Pemberton, your scenic descent will give you views of Whistler and Blackcomb Mountains.

Get your adrenaline pumping in a four-person bobsled on the world’s fastest ice track at Whistler Sliding Centre. Now an Olympic legacy, this track includes 10 twists (including the final and famous Thunderbird Corner) and sleds can gain speeds of up to 125 kilometres (78 miles) per hour. There’s also the chance to go skeleton and launch head-first down the same track, if you dare. The centre is open from December to April, no matter the weather.