The Rise of Vancouver’s Japadog 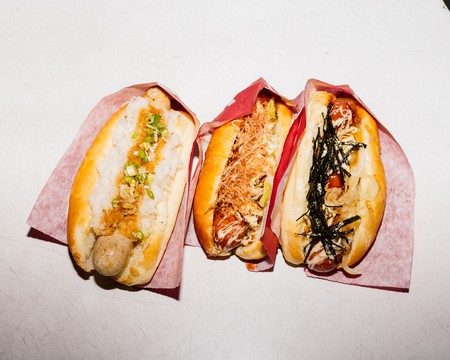 On a few sleepy Vancouver street corners, Japadog carts purr to life. The unassuming stands, peppered across the city like shells on a beach, have become something of an institution. Hidden under distinctive red umbrellas, chefs quickly get to work at each cart, placing soft buns on grills, grating hunks of radish and slicing sheets of seaweed into small ribbons. 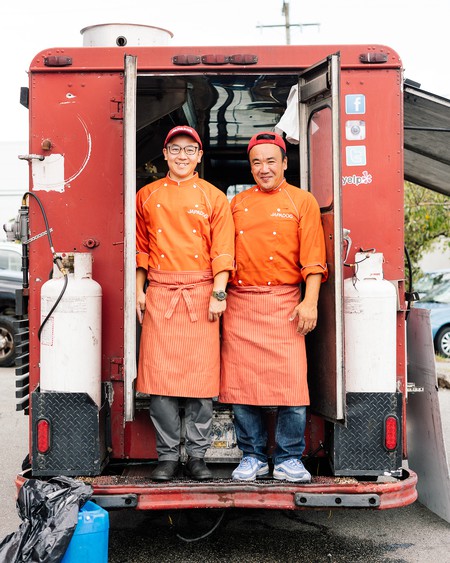 At its core, Japadog resembles just another hotdog cart hawking the epitome of summertime grilling and big-city, Western-style street food. But the eclectic cart stands out because it fuses Japanese ingredients with Americanized hotdogs.

Helmed by Japanese native Noriki Tamura, Japadog started as one hotdog cart in Vancouver. Back in the early 2000s, the food truck trend hadn’t quite taken off yet. Tamura quickly spotted an advantage for Japadog, moving into a not-yet-crowded field. 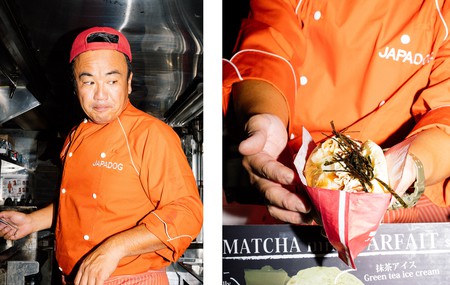 Unlike the quintessential carts and peddlers ubiquitous at the time in North America – nut-and-pretzel vendors, ice-cream trucks, coffee carts – Japadog proved itself to be a pioneer of its time. “We provided Vancouver locals with different food by blending Japanese-style ingredients with Western-style hotdogs,” Tamura says. Japadog dished out puffy hotdogs in red paper to lines of both Vancouverites and a laundry list of celebrities long before other food trucks roved the streets.

It’s not surprising that Japadog has become a staple in Vancouver. After all, the carts have morphed into a brand that is a confluence of cultures and cuisines – not unlike the diverse city it calls home. In a city of over 2 million people, 43 percent are Asian, according to a Statistics Canada report. This blending of cuisines and styles further highlights Vancouver as a diverse culinary hub – a city that’s as beloved for its seafood and oysters as it is for ramen and Chinese food. 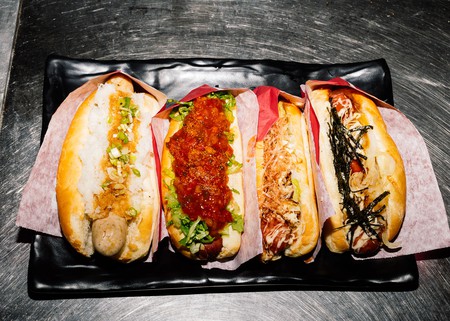 But perhaps what’s most notably different about Japadog is its humble diversion from the conventional, stereotypical understanding of a hotdog.

“Traditionally, when people hear hotdogs, they imagine ketchup and mustard,” Tamura says. Instead of a curl of mustard or a mound of sauerkraut on top, Japadog showcases a wealth of Japanese ingredients. Hotdogs are slathered with toppings such as teriyaki, bonito flakes, Japanese mayo, fried noodles and shredded cabbage.

Customers can choose from a slew of options, including the spicy cheese terimayo with kurobuta sausage layered with teriyaki sauce, Japanese mayo, fried onions and seaweed, and the yakisoba with arabiki sausage finished off with ribbons of Japanese fried noodles and red pickled ginger. Some even swap the sausage for another meat, with shrimp tempura and deep-fried chicken just some of the many alternatives.

The rest of the menu is rounded out with fries – some shaken with butter and shoyu or plopped with Japanese curry and meat poutine – along with small sides like edamame and coleslaw. 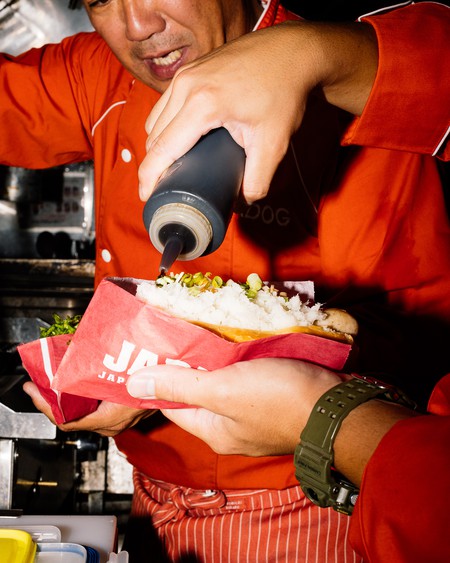 These days, Japadog has grown from one cart in Vancouver to several locations in Canada and two in the United States. The carts remain a stopping point for tourists looking to have a quick meal and locals hungry for a late-night snack. Japadog is a regular pilgrimage – the first spot Vancouver natives often recommend as a must-visit in the city.

Tamura is well aware that Japadog’s fusion of flavors might confound some people, but he’s far from concerned. “Canadians [have] welcomed us,” he says. “Most people can enjoy [this] new kind of taste.” 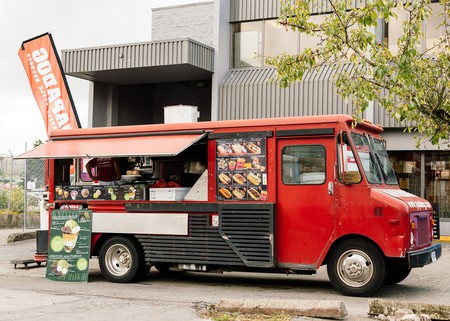