The Best Libraries In Vancouver

Described as a world-class city and surrounded by mountains, Vancouver is a west coast seaport in Canada, and is home to some of the most prestigious libraries in the world. Below is a list which has carefully selected a variety of libraries which best represent the excellence of this city. 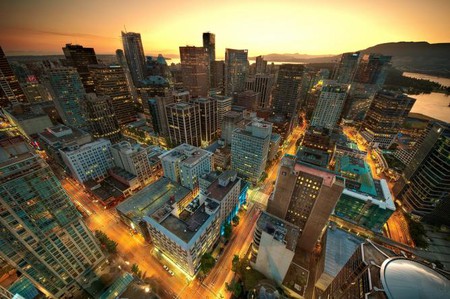 Commonly named as the best library in the world, this colossal building occupying an entire city block has been described as having a similar look to the Colosseum in Rome. With plans to expand into two upper floors that will partially become an outdoor garden, this distinctive library is the perfect place to visit for an unforgettable learning experience. Vancouver Public Library also boasts incredible décor with its use of huge glass windows and ceilings and its iconic artistic piece, ‘the words don’t fit the picture’, making the library a magnificent landmark.

Opening hours: varies depending on each branch of the library

Watch out for: the digital media Inspiration Lab, which features high-speed computers with the latest audio and video editing software, accompanied by fully-equipped recording studios

Surrounded by beautiful greenery, West Vancouver Memorial Library is dedicated, as a living monument and an everlasting commemoration, to the soldiers of World War II. With a magnificent memorial stained glass window, a book of remembrance and a shrine, this reminiscent library is an essential place to visit. However, West Vancouver Memorial Library is not simply a place of nostalgia – it also provides a large variety of study spaces and lounges as well as an art gallery, music halls, and a coffee shop.

Watch out for: the scenic courtyard which is now an additional learning space

Located in the highly ranked public Canadian research university, the University of British Columbia Library provides an excellent world-class learning environment for both students and visitors. One of Canada’s leading academic libraries, the Vancouver campus is surrounded by the ocean and a forest, which makes for incredible scenery. The library itself is comprised of huge glass windows and ceilings, which allow for spectacular views across the campus as you study. With added spiral staircases and wooden seating, this traditional yet modern library provides the perfect learning space.

Watch out for: the library is merely a 30 minute bus ride to downtown Vancouver, making it perfectly accessible to the bustling city

With environmentally friendly features and modern décor, Lynn Valley Main Library (North Vancouver District Public Library) is situated by the mountain highway, which allows for spectacular views during your visit. Offering a wide variety of facilities, such as reading spaces, quiet study areas, audio listening stations and a computer lab, Lynn Valley Main Library is sure to equip visitors with everything they could possibly need during their stay. A leading-edge green building, this efficient library sets a high standard for civic buildings.

Watch out for: window seating in the children’s area which allows you to appreciate the stunning scenery of the city whilst you read

Established during the early 1900s, this historic building is a well-known landmark and a source of civic pride. The library has won an impressive variety of awards, such as LEED gold certification and several awards of excellence, making it a world-class establishment. With a generous assortment of colorful learning spaces, such as the children’s area, which impressively has a large model tree with a plastic door and windows, and activity desks which are stylishly decorated with red sofas and canvas, North Vancouver City Library is a trendy library bursting with excellence.

Watch out for: the terrace located on the third floor which offers excellent views of the city