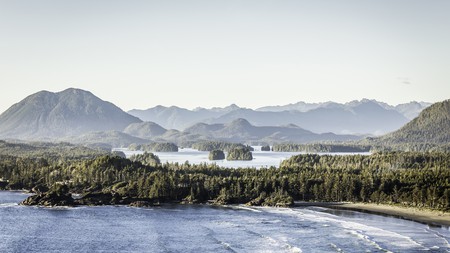 Vancouver’s treasure trove of scene-stealing sights has featured in a cavalcade of films, such as Taken (2008), Man of Steel (2013) and X-Men: The Last Stand (2006), earning it the nickname “Hollywood North.” The city oozes theatrical energy, buzzing with live music during annual indie festivals and dramatic Shakespearean monologues performed on the waterfront. Framed by the colossal snow-dipped mountains and a ribbon of golden beaches, Vancouver is within a short drive to adventures such as kayaking along the Sunshine Coast, stomping through glistening tundras or whizzing down the slopes of a ski resort.

A thrillseeker’s playground, Whistler thrives throughout the seasons. As it’s known for its sprawling ski resort, winter months come alive with skiers and snowboarders carving tracks into fresh snow. Summer, meanwhile, sees mountain bikers and hikers swallowed up by dense forests. Its charming village sits at the base of the mountain, kept cozy by flickering fires in rustic cabins and the atomic-orange glow of heat lamps that you can huddle under outside après-ski bars.

Pocketed away in a secluded inlet on the eastern coast of Vancouver Island, Telegraph Cove is a storybook gateway into the great outdoors. The former fishing village has carved out its place on the map as a seasonal resort, providing escapism with its forest campground and waterfront restaurants. In the summer months, the bay is frequented by whale watchers, hikers and fishers looking to get their fix of the surrounding nature before crashing in one of the area’s rust-red lodges. 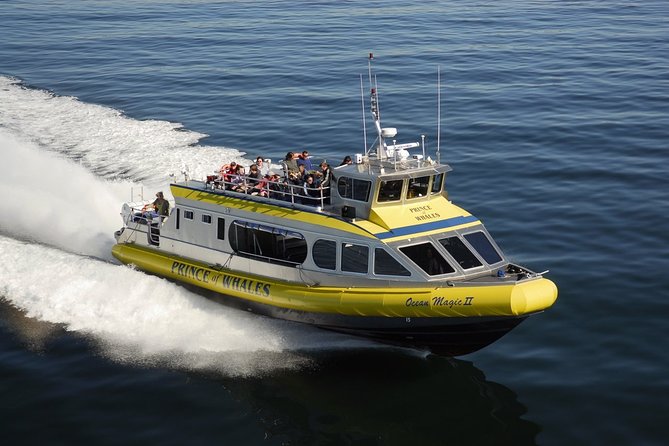 Embark on this aquatic adventure that passes the bulk of the San Juan and Gulf Islands. This wildlife-watching tour takes you out along the passage of Johnstone Strait, providing a live commentary while you look out for pods of whales and orcas. Along the way, you will also encounter the monolithic fjords of Howe Sound and get the chance to photograph Telegraph Cove from the perfect vantage point. If you’re lucky, you may even catch sight of a golden eagle or grizzly bear.

Though it may sound like a fictional location in a Mario Kart game, the Sunshine Coast is a spectacular collection of looming mountains, art galleries and rugged hiking trails. Stretching along the southern mainland coast, the region’s diverse landscape is a hub of outdoor activities, such as scuba diving, kayaking, rock climbing and mountain biking. The creative world has also set up shop along its length, dotting the area with open-to-public artist studios and throwing annual arts festivals. 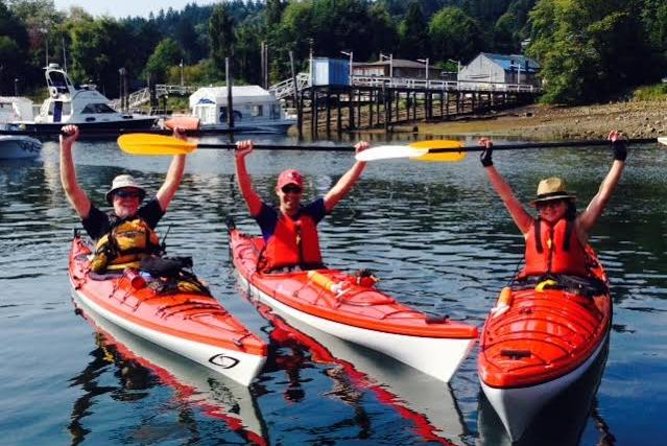 Experience the magic of the Sunshine Coast on this spellbinding kayak tour. Setting off from Gibsons Harbor, you can go solo or partner up in a tandem kayak to paddle along the striking setting of the Georgia Strait. Fringed by craggy mountain peaks and thick forests, the area hides a wealth of wildlife. As you follow your guide, keep your eyes peeled for bald eagles, sea lions, great blue herons and even whales. Be sure to bring your camera to capture the Instagram-worthy views of Howe Sound.

Vancouver Island lies just off the coast of the mainland, the wild sister of the cosmopolitan city. Bookended by the psychedelic flora of British Columbia’s capital city, Victoria, in the south and the wind-lashed tip of Cape Scott in the north, nature dominates – a chunky mosaic of glaciers, mountain ranges and cloud-canopied valleys cut with creeping rivers and deep lakes. While it’s tempting to get lost in the enticing outdoors, it’s also hard to resist the live music and cocktail bars of the capital. 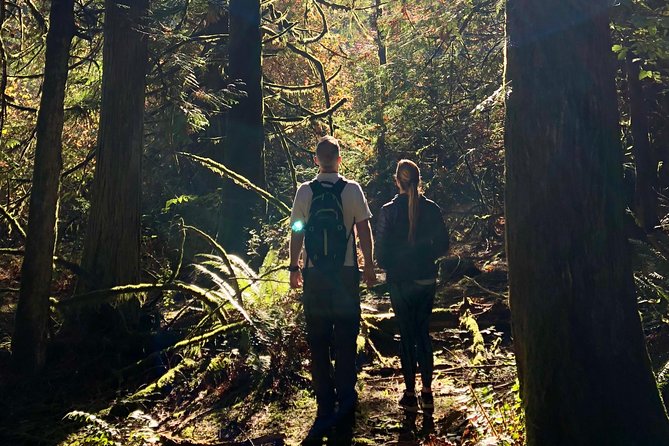 If you like to be one with nature, then this tour is for you. Strolling through the wild tangle of the rainforest, you will be encouraged to immerse yourself in the healing energies of its sun-dappled ecosystem – listening to it rustle in light winds, smelling the dewy air and touching the gnarled bark of towering trees. You’ll also be taught the philosophies of nature mysticism, which include realizing that you are part of something greater than yourself. By the end, the holistic guide will have led you through a guided visualization exercise, shown you a 650-year-old douglas fir and inspired a better appreciation of nature.

Sitting just north of Victoria, Brentwood Bay’s world-famous Butchart Gardens has put the small village on nomads’ radars. Depending on the season, this otherworldly Eden blooms with wintery lavenders, fiery autumnal shades and kaleidoscopic summer flowers. If the manicured gardens aren’t reason enough to visit, there is a network of hiking trails winding through untouched forest or a variety of pristine golf courses to enjoy.