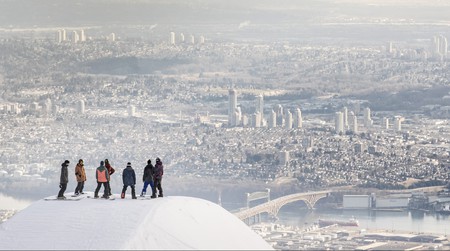 Some of the world’s top snowboarders gathered at Vancouver’s beautiful Grouse Mountain Resort and joined together to host a week-long innovation session, custom building a stunning new course.

Winter X Games big air and slopestyle gold medalist Mark McMorris and his brother Craig got together with Sebastien Toutant — or “Seb Toots” — to host Red Bull Uncorked. The snowboarders wanted to create a course that would inspire and encourage, focusing on creativity all in front of the incredible backdrop of Vancouver, Canada.

As well as the McMorris brothers and Toutant, the likes of Tyler Nicholson, Scotty James, Mickey Ciccarelli, and Yuki Kadono all came down to have a go on the new customized course. The course has been built on the resort’s signature run called The Cut, which overlooks the city, and took over 260 hours to put together, and came about after a late night brainstorming session. 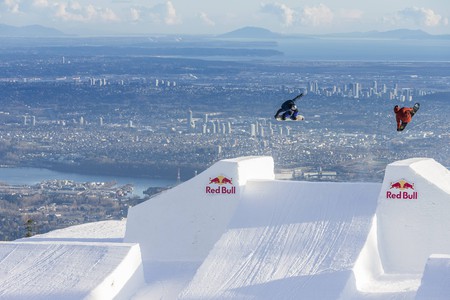 “Progression in snowboarding really requires unique terrain that challenges your abilities and technical skills,” Mark McMorris said. “Athletes are not seeking the biggest air, but the most dynamic terrain that will force them to step up their game.”

According to Toutant, “The course is meant to focus on technicality over size, which is why we added things like a gap in the takeoff of a jump. A scaled-down version of the Uncorked course is available for the public to experience this season as long as conditions allow.” 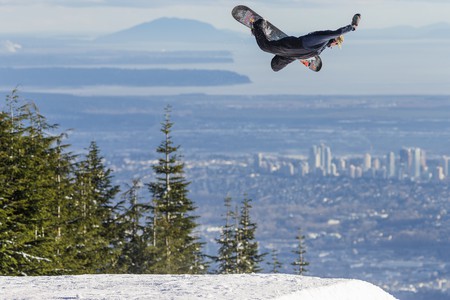 Grouse Mountain was actually named by the first recorded hikers to reach the summit. In October 1894, a group of hikers slogged through snow, trekked through dense forest, and scrambled over rock to reach the top. In the late 19th century, such a feat would have taken three or four days, with no bridge across Burrard Inlet and no road at the base. Along their journey, the hikers hunted blue grouse and honored the game bird by naming the peak Grouse Mountain, and by 1929 the Tyee Ski Club was formed, which is now one of the oldest ski clubs in Canada. By the mid-1930s, the mountain had its first rope tow. Since then, organized skiing and ski racing have flourished at Grouse Mountain and since 1990, a little over $25 million in renovations have been undertaken, merging Grouse Mountain’s rich history with the latest in modern recreational technology and convenience. 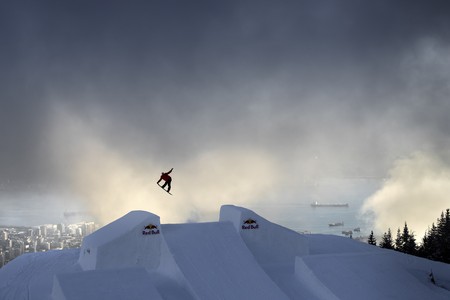 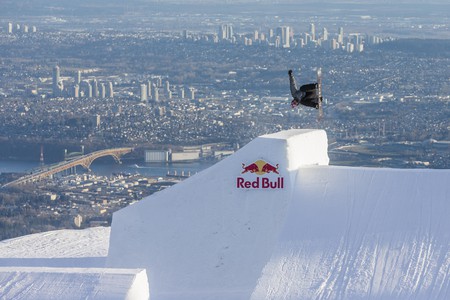 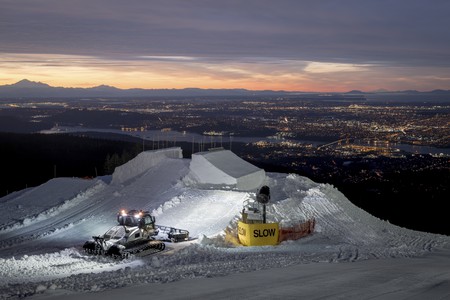 Set up for Red Bull Uncorked in Vancouver, Canada. | © Red Bull Content Pool
Give us feedback