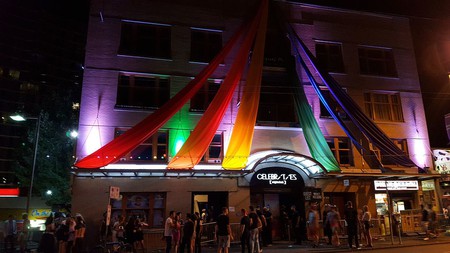 Vancouver has the largest LGBTQ community in Western Canada. Davie Village and Commercial Drive are the two most gay-friendly neighbourhoods in the city, with many bars, clubs and shops. Here is a definitive guide to the LGBTQ scene in Vancouver. 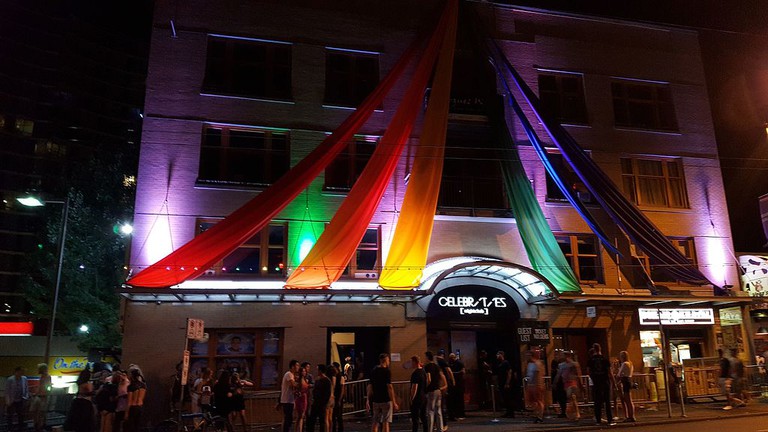 Celebrities | © Another Believer / WikiCommons
Known just as Celebrities in Vancouver, this nightclub has been one of the West Coast’s premier gay dance clubs since the 1980s. They are well-known for hosting some of the best DJs and music acts from Canada and around the world, including Avicii, David Guetta, Boy George, Tiesto and Felix Cartal. In 2013 they underwent renovations and Celebrities is now home to two luxurious VIP areas, an impressive new sound system and an “over-the-top visuals and light show”.
Open In Google Maps
1022 Davie Street, Central Vancouver, Vancouver, British Columbia, V6E 1M3, Canada
+16046816180
Visit Website
Give us feedback

Another popular nightclub on Davie Street, Junction is both a pub and nightclub. It hosts popular weekly events and DJs, such as Absolutly Drag-u-lous on Saturday nights. Whereas Celebrities is known for its electronic music, Junction DJ sets usually include a perfect combination of top 40, retro and mash-up remixes.

Score on Davie is known for one thing — its epic Caesars. Located in Davie Village and open until late, Score on Davie is a great place to spend an evening. The Checkmate Caesar legitimately includes roast chicken, a burger, a pulled pork slider, onion rings, a mac and cheese hotdog, chicken wings and a brownie all stacked on top of a glass of Canada’s national drink. The meal/drink must be shared between two or more people, but it’s definitely something you won’t experience anywhere else. 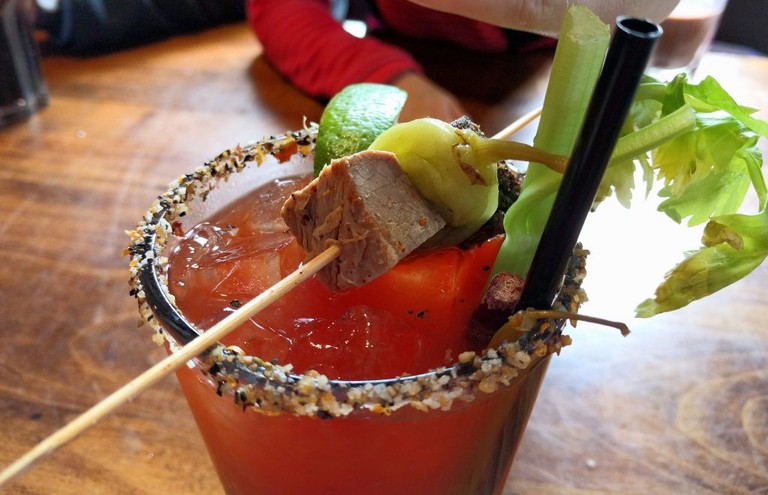 “Vancouver’s best gay lounge”. This is 1181’s tagline and many locals would agree with this sentiment. The hip lounge has everything you want, including friendly bartenders, good priced drinks, fun weekly events, drag shows and dance music. It has the best of both worlds — lounge seats to comfortably talk to friends, and a dance floor when you have the urge to bust a move. 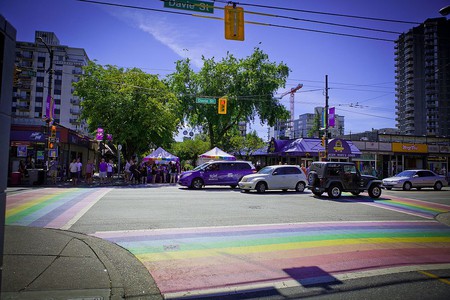 Little Sister’s Book & Art Emporium is a”legendary queer retail store” that’s been located in Davie Village since the 1980s. It stocks a wide selection of books for all ages, an award-winning greeting card selection and novelty items. The store has had its challenge over the decades, but it takes prides in its welcoming, friendly, relaxed and non-judgmental environment.

Numbers is the oldest gay bar and nightclub in Vancouver. Last year, Queerty named it one of the seven best gay bars in Canada. There are DJs every day of the week, three different levels, a games area with darts and pool tables, plus a fun room for karaoke. Numbers also has excellent daily drink specials. It’s an institution in Vancouver and a must-visit. 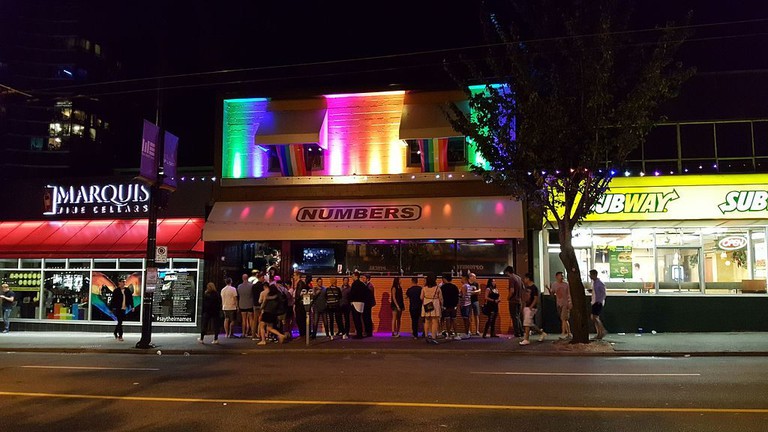 Masc is an award-winning and highly popular men’s skincare store on Davie Street. “Since 2007, our mission as your men’s skincare and grooming experts has been to offer men of all ages the tools and information necessary to maintain a healthy and well-groomed appearance in a simple no-fuss manner”. The business was founded by Jamie Beuthin and Patrick Levesque, who are passionate about helping the men of Vancouver take care of their complexions.

Flygirl Productions is an award-winning organisation that produces events targeted towards lesbian and bi-sexual women. However, they promote their events being “inclusive of all genders, sexualities, ethnicities and body-types”. Their events are predominantly held at two different club venues in Vancouver: The Odyssey Nightclub and Red Room Ultra Bar. They have over 15 years experience producing events in the city and have “earned a reputation for creating Canada’s most memorable lesbian parties”.