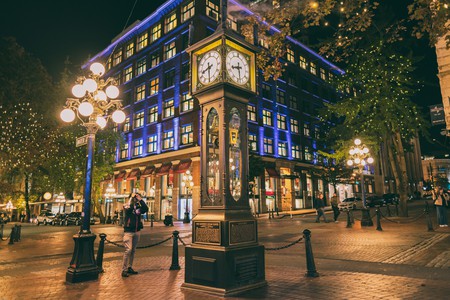 Gastown is Vancouver’s oldest neighborhood. Its historic brick buildings and cobblestone streets hold many secrets, such as hidden businesses and exclusive bars. Fortunately, this guide uncovers some of the area’s biggest mysteries for you to enjoy during your next visit.

Located on the second floor of a building that was a brothel—and then a law office—in a previous life, The Diamond is a bar and restaurant known for its impressive cocktail menu. Some of the unique concoctions listed include the Premium Penicillin (overproof Islay scotch, peated Islay scotch, lemon, ginger, and honey) and the Nuclear Spring (Cuban rum, yellow chartreuse, overproof rum, pineapple, banana and nut tea, and lime). The Diamond also hosts Analog Cues every Sunday through Thursday, where the city’s best DJs spin the best vinyl mixes. 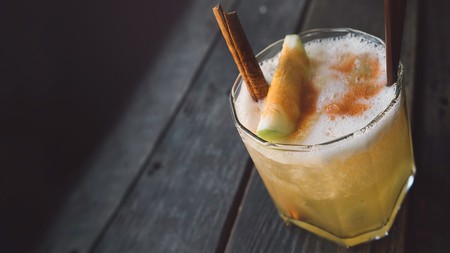 Guilt & Co. lies in the basement below Chill Winston in Gastown. This live music and entertainment venue has a drinks menu featuring an extensive range of whiskeys, as well as sinful cocktails and British Columbian beers and wines. Check their website for upcoming events, as there’s something to suit all music tastes, including jazz, roots, and electronic. Discover Vancouver’s best local music talent downstairs at Guilt & Co.

A hidden gem in this cool neighborhood is a place for the gentleman. Gastown Grooming Room is a traditional barbershop that’s owned and operated by Irishmen Joe. He undertook a four-year-long Irish barber certification to become the barber he is today. Joe is joined by Alexia, who’s a master with the blade. Services offered at Gastown Grooming Room include dry and buzz cuts, hot towel and shave, and beard trims. 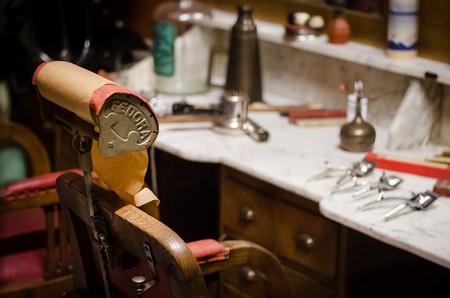 A secret Gastown speakeasy, Shebeen Whiskey House is connected to The Irish Heather Gastropub. Only people “in the know” would realize you have to walk through the pub to get to this secret bar. Fortunately, you are now one of them. The bar has an extensive range of whiskeys on offer from Scotland, Ireland, and the United States. It also has happy hour daily from 3 until 6 pm. Guests can purchase a meal from The Irish Heather’s menu too, which includes pub grub and tapas.

Although you may casually walk by or through Blood Alley when visiting Gastown, its history will captivate you. It is called Blood Alley for two reasons. Firstly, it was where people went historically to purchase fresh cuts of meat. There would be blood in the alley from the produce. Secondly, Blood Alley Square was previously where public executions took place. It may have a dark past, but today, shops and restaurants, such as Salt Tasting Room, line the street. 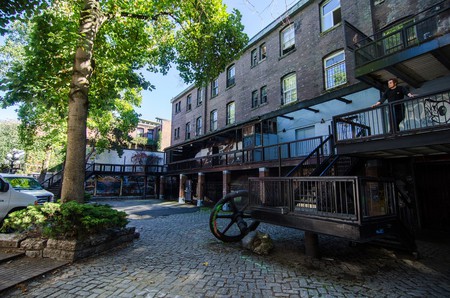 An architectural marvel sits inside LYNNsteven Boutique, a women’s clothing store. It is home to the Book Wall, which comprises 6,000 books. Perhaps the most controversial change room-slash-art installation in Vancouver, it was designed by local architect Michael Green. “With a nod to the layered bricks typical of the historical buildings in Gastown, Mr. Green wanted to repurpose books that may otherwise have collected dust in basements.” Venture inside the independent boutique and discover the Book Wall for yourself.

To learn more about Gastown’s mysterious past, go on a Lost Souls of Gastown tour with Forbidden Vancouver Walking Tours. A professional actor will lead you through Gastown and share stories about the neighborhood’s dark early history. They will spin tales from the time when Gastown was a “wild frontier town that suffered a devastating fire, smallpox outbreaks, and unsolved murders.”