Can You Build a Personal Flying Machine? 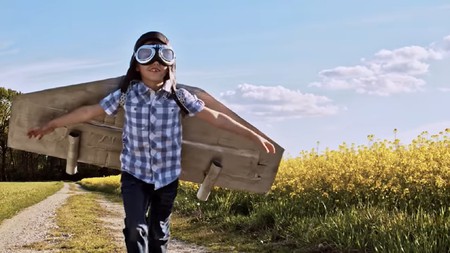 Personal flying devices, from jetpacks to drones, have always captured the imagination of the world. A new competition aims to make flying devices for individuals a reality, and promises prize money of $2 million to the most innovative teams competing.

The GoFly Prize, a competition run by GoFly and sponsored by Boeing, will challenge inventors from all over the world to create a safe and easy-to-use personal flying device that can be used by anyone anywhere.

The devices must be capable of flying people 20 miles without refueling or recharging and have vertical or near-vertical takeoff and landing capabilities.

“There is perhaps no dream more universal than the dream of human flight. GoFly is going to make that dream a reality,” GoFly CEO Gwen Lighter said in a press release. “GoFly is a shift towards embracing innovative solutions to expand the desire to explore the unknown and push ourselves to new heights. Today we look to the sky and say ‘look at that plane fly,’ but two years from now we’ll look up and say ‘look at that person fly.’”

The grand prize winner will be awarded $1 million, while there will be other prizes such as $250k for the quietest entry, and $250k for the smallest entry.

The contest is expected to draw the attention of hobbyists, inventors, and innovators from all over the world. The parameters of the contest are wide enough that many different types of device will likely be entered. Some may even draw inspiration from Richard Browning, who invented a suit similar to that of superhero Iron Man, and showed it off at a Ted Talk in Vancouver.