Weekend Trips and Getaways From Vancouver 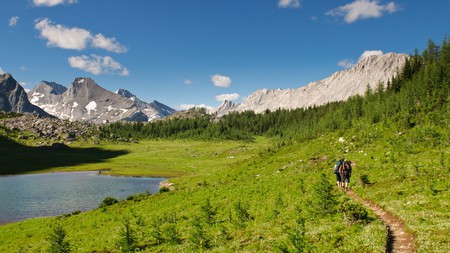 Vancouver has arguably the best food scene in Canada. You can head to Chinatown to pick up sugary treats from Asian bakeries, the aroma of caramelized coffee drifts through downtown, and if it’s the twang of salty seafood that you’re after, Granville Island’s restaurants will do the trick. But once you’ve filled up on the diverse dining options, you’ll be left with a hunger for something new. A thriving natural world sits just outside the city, promising miles of untouched landscape, pocket-sized villages and fragrant vineyards to explore. Unsure where to start? We’ve narrowed it down to these five weekend trips that are easy to take from Vancouver.

Kelowna sits on the eastern shore of Okanagan Lake, fringed by thick fir tree forests and manicured vineyards. Its name is derived from the native language of the region, and translates to grizzly bear, a species that has long inhabited the area (but that with any luck you won’t encounter). Known not only as the gateway to the natural splendor of the valley.

The largest of all the Canadian Rockies national parks, Jasper National Park is an otherworldly landscape of cerulean lakes, mist-cloaked mountains and bone-warming hot springs. Tucked away in the rugged wilderness is the alpine town of the same name, a thriving hub for adventurers who stop for a craft beer and a lesson in the region’s fur-trading history at Yellowhead Museum. 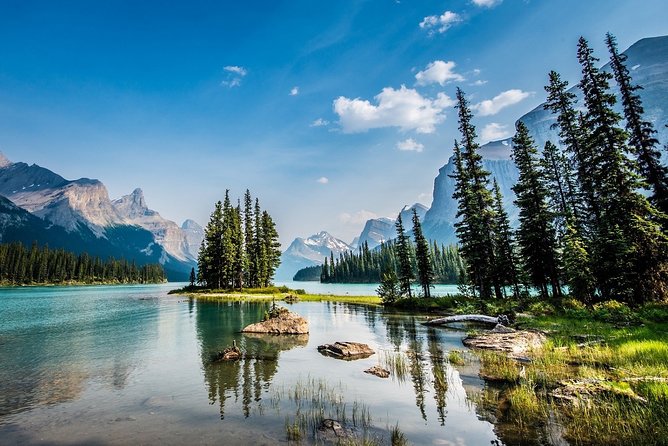 Embark on this guided excursion to discover Jasper National Park’s natural treasures. Setting off by coach, your first stop will be 50-meter (164-foot) deep Maligne Canyon, where you’ll follow your guide over moss-sprouting rocks to peer down at fierce waterfalls. Learn about the area’s wildlife, history and geology as you explore sights like the disappearing Medicine Lake, which is absorbed by underground karsts (soluble rocks) every summer. Take a boat trip across the glacial-fed waters of Maligne Lake to Spirit Island, or, if you prefer, stroll around its banks while looking out for wolves, caribou and bears.

Kananaskis is a labyrinth of parks set in the foothills of the Canadian Rockies. Its name comes from the Kananaskis River, dubbed in 1858 by explorer John Palliser after a fabled Cree warrior who survived an axe blow to the head. A variety of highways weave through the sprawling region, plunging you into the heart of its dense pine forests and giving you access to spectacular camping grounds in summer and pristine ski areas each winter.

A former fishing and cannery village, Telegraph Cove is in pole position for exploring the great outdoors. Its rainbow of buildings are surrounded by cyclopean mountains and tangled woodland, while its marina is a hive of activity thanks to a steady stream of whale-watching tours and fishing boats.

Canada’s first national park (and the world’s third), Banff’s roots reach back to 1883 when a group of railway workers stumbled upon a cluster of hot springs. It has since developed into a tourist hotspot, with people coming from around the globe to carve tracks in powdery snow or hike through its picture-perfect landscape. 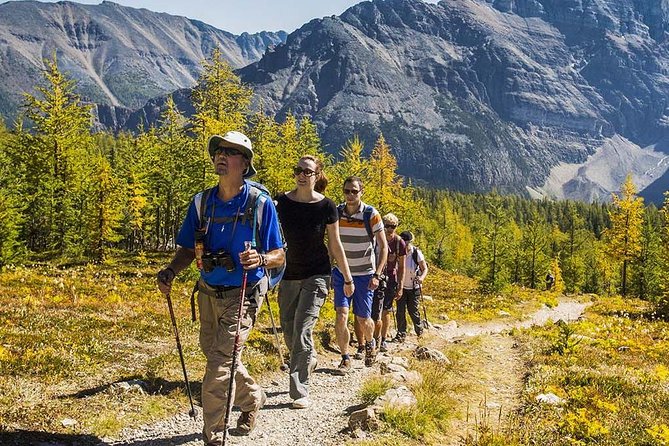 Venture into Banff’s enchanting national park and discover the magic of its untouched wilderness. This tour is tailored to your ability, offering a variety of distances to choose from – each with equally striking mountain views so you won’t miss out. As you follow your guide along your chosen path, and learn about the diverse wildlife you see, you’ll pass through tangled forests and soaring peaks in all their raw and rugged beauty. A gourmet packed lunch is also included, ready to be devoured on the cusp of a canyon or on the shores of a glacial lake.