5 Films That Show Diversity in Vancouver 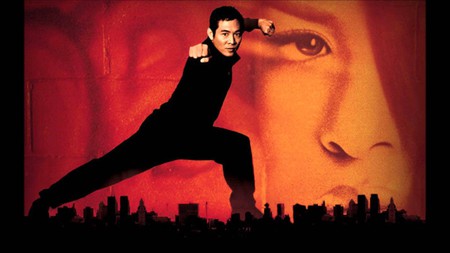 Many Canadian and American film production companies choose Vancouver as the primary location for their movies. The city has the perfect neighbourhoods and natural landscapes to transform into any place they desire. With so many movies being made in Vancouver, here are just a few that show Canada‘s diversity and multiculturalism.

Juno is an unique Oscar-winning coming-of-age movie filmed entirely in Vancouver (although it was set in Minnesota). The film focuses on Juno, an intelligent and quick-witted teenage girl who also happens to be pregnant. The movie follows her pregnancy journey and her decision to put the baby up for adoption. The themes surrounding Juno’s release included whether it was more focused on pro-life or pro-choice. Critics also believed Juno at the time to be a feminist movie, due to the lead character being portrayed as a confident teenage girl. Ellen Page, who played Juno, said that she thought her character was “honest but original, completely devoid of stereotype.”

The two big-named and Academy Award-winning stars of Things We Lost in the Fire are Puerto Rican actor, Benicio del Toro and African-American actress, Halle Berry. The film follows Audrey Burke (Berry), dealing with the death of her husband, who was Jerry Sunborne’s best friend (del Toro). Jerry moves into a room adjacent to Audrey’s garage, and the two characters try to help each other deal; both with Audrey’s grief and Jerry’s heroin addiction.

Romeo Must Die offers a different take on the usual Romeo and Juliet tragic love story. This time, the rival families are African-American and Chinese. It stars Jet Li as a former police officer, who travels to the United States to investigate his brother’s death, who was involved in the country’s Chinese mafia. This is how he meets his Juliet, played by the late Aaliyah, who is the daughter of a mob boss. Tension ensues as neither side approves of their romance. Although it was set in California, it was filmed entirely in Vancouver, in areas like Chinatown and Gastown.

With scenes shot in both Vancouver and nearby Victoria, Year of the Dragon was an interesting film for the 1980s. It focused on topics like stereotyping, racism, ethnicity and gangs. Mickey Rourke’s character is a racist cop and Vietnam War veteran, who’s on a mission to crack down on Chinese organised crime in New York City’s Chinatown. He is constantly at war with the young head of the Chinese triad societies. It’s a fast-paced action film that involves a lot of violence with a dramatic ending.

Double Happiness stars Sandra Oh (formerly of Grey’s Anatomy) as Chinese-Canadian Jade Li. It’s another unique coming-of-age film, as her character is a struggling actress trying to become more independent, while dealing with her family’s weighted expectations. This is her “double happiness” struggle — trying to make her dreams come true and keeping her family happy at the same time. Sandra Oh won a Genie Award for Best Actress in a Leading Role for this portrayal.