The Story Behind the Giant Orange in Montreal’s Skyline 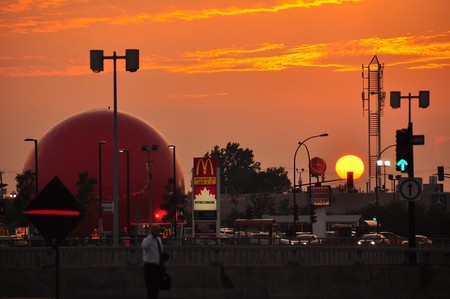 West of downtown Montreal, there is a structure shaped like a giant, much larger-than-life orange. This three-story, 40-foot-wide (12 meters) fruit is home to the Gibeau Orange Julep restaurant, which has become a landmark in the city’s skyline as well as its foodie scene. Here’s the story behind this unusual, brightly colored architectural feat.

The restaurant that would eventually come to be associated with the giant orange structure was the brainchild of Hermas Gibeau. He created it in 1932 to serve his signature, self-titled drink: the Gibeau Orange Julep. This beverage is classic orange juice with a twist: it’s creamier than expected, with the secret ingredient apparently involving powdered egg. It tastes like a delicious orange creamsicle. 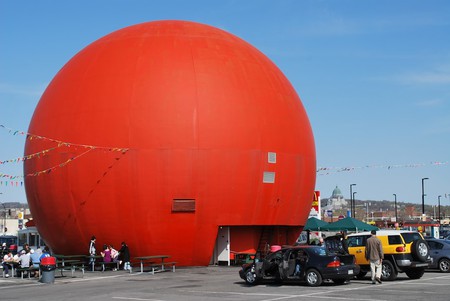 Gibeau started selling his popular orange juice in Montreal’s Belmont Park, a now long-defunct amusement park that opened in June 1923. But Gibeau wanted a fixed location of his own—one that would be as original as his orange drink. He built the orange concrete sphere to encase his restaurant in 1945, and in 1966, the restaurant and the orange underwent renovations to make it larger and move it farther back from the roadway, as the city’s infrastructure expanded with the widening of the Décarie Expressway.

The shell of the giant orange is made of fiberglass segments, which encompass a laminated wood shell frame. In the evenings, the whole structure lights up from the outside. The interior has a fun, kitschy 1960s vibe.

For a good stretch of its history, the Gibeau was known for its rollerskating waitresses (discontinued in 2005), but nowadays, it is a more conventional fast-food restaurant. Customers can take their food out to one of the many provided picnic tables. The restaurant is open until 3 am during summer, with reduced hours in winter. Additionally, the surrounding parking lot is also the location of a summer-long gathering of classic car and motorbike enthusiasts; it takes place every Wednesday night from May to August. 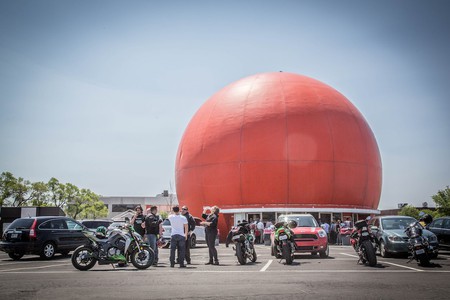