The Most Instagrammable Places in Montreal

Montreal is filled with unique architecture, vibrant street art, and natural settings that make the city an endlessly fascinating place to photograph. Here are 10 of the most Instagrammable places to explore around Montreal with your camera in hand.

Old Montreal is the city’s most historic district, as well as its most popular tourist destination. Some of the buildings here date to as far back as the 1700s, making them among the oldest structures in Canada. The photo opportunities are endless—from the cobblestoned streets and alleyways to the cute boutiques and shops, old bricked walls and the rippled port beyond.

The architecture in many of Montreal’s neighborhoods is often historic and unique in the context of North America. Wander the tree-lined streets of the Plateau and have your camera ready to capture the unique façades of the houses and shops. 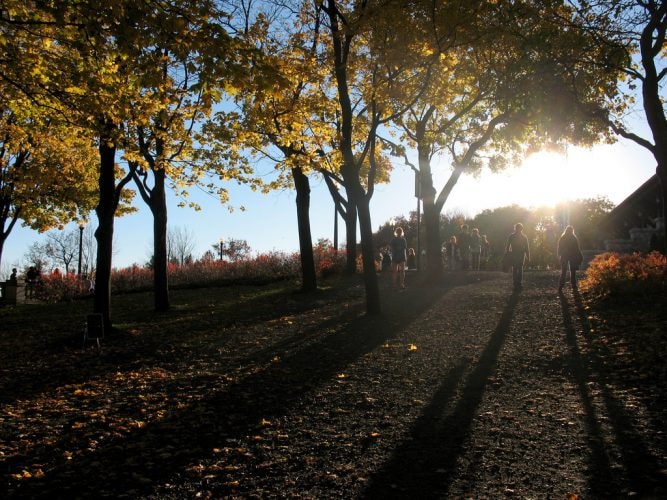 Centrally located in the city, Mont Royal is the small mountain that gives Montreal its name. Now a major park that includes trails, woods, fields, and a little lake, it’s a popular spot year-round for outdoor recreation and an escape from the hustle and bustle of downtown.

Don’t know why I did exercise on our only day off…. #rookiemistake

If you head right to the top of Mont Royal, you can take in one of the best panoramic views of the city from the belvedere. Here, you can capture the downtown area, with the St. Lawrence River just beyond. The scene is Instagrammable in all seasons. 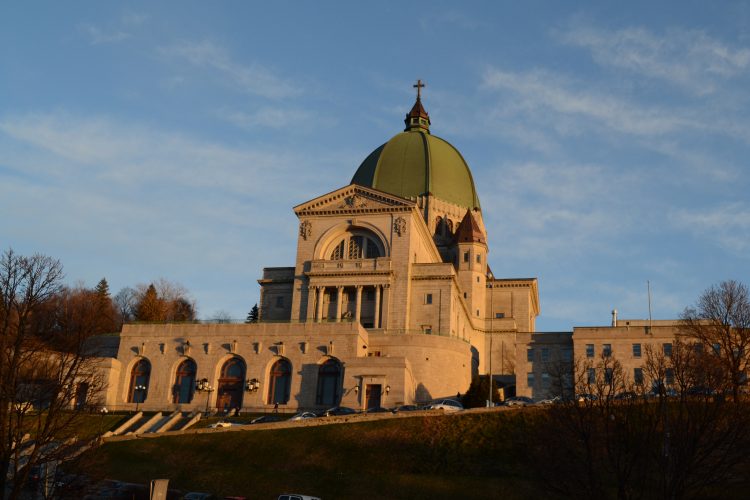 A stunning example of Montreal’s historic religious architecture, St. Joseph’s Oratory is a famous shrine and lookout point in the city. Located on the Westmount Summit of Mont Royal, St. Joseph’s is best photographed at sunset when it’s illuminated by the falling light.

The Lachine Canal covers almost 15 kilometers (9.3 miles) through the southwest side of the Island of Montreal. It’s integral to the industrial history of the city, but nowadays its become a recreational area, complete with parks and a bike path that runs alongside the water.

Photography is the only language that can be understood anywhere in the world. – Bruno Barbey. . . . #canoncanada150

During spring and summer, take some time to explore the beautiful gardens that face the unusual Olympic Stadium in the borough of Rosemont–La Petite-Patrie.

This locale is another of Montreal’s major parks, and it’s lovely to explore, particularly when the weather is misty and mysterious—or even when there is a blanket of snow.

A major project for Montreal’s 375th anniversary celebrations for 2017 involved decorating the Jacques Cartier Bridge with an elaborate display of lights, which make it a prime Instagram subject at night.

Montreal’s World Trade Centre is a unique building in the city’s downtown core. It incorporates several different architectural styles and historic elements, from a fountain by French architect and sculptor Dieudonné-Barthélemy Guibal (1699–1757) to a piece of the Berlin Wall that was donated to the city in 1992. It’s a fascinating structure that makes for some truly unique photos.

Never been in this building before. #impressed #architecture #montreal #worldtradecentremontreal