The Most Amazing Places to Cycle in Montreal 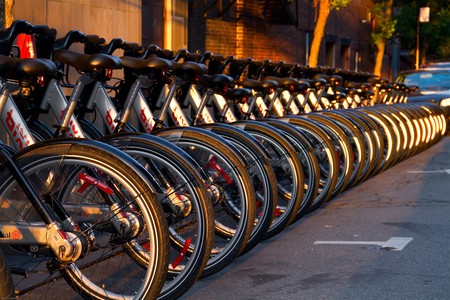 Montreal is one of the most bike friendly cities in Canada, with an extensive network of paths and routes that contribute to the more than 5,000 kilometres of interconnected bike trails throughout the province of Quebec. The city also has a wide-ranging public bicycle sharing system called BIXI, the first large-scale system of its kind in North America, which boasts over three million users annually. Here are some of the best and most scenic bike paths in Montreal.

The Lachine Canal bike trail runs for nearly 15 kilometres along the St Lawrence. Lined with both natural spaces and industrial parks, the Canal is operated by a series of locks that usher through small boats and other watercraft. Cyclists can start from the popular Old Port area and head over to Atwater Market, reaching the Chemin du Musée, in Lachine. There are parks to rest at along the way, including Parc René-Lévesque, which has its own scenic circuit.

Cyclists can also take a detour through Verdun via the Berges Ouest bike path along the St. Lawrence River to check out the Parc des Rapides, which is a bit off the main drag but offers some relief from the bustling Lachine Canal route. Even if you stay on the regular route, however, there’s plenty to see and enjoy through the area, including waterfront restaurants, picnic areas, and terraces. 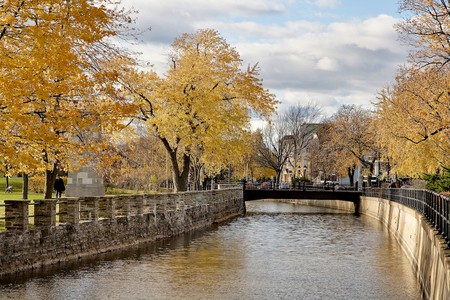 Situated on an island in the middle of the St. Lawrence River, Parc Jean-Drapeau contains 25 kilometres of bike paths that are part of the Route verte du Québec, which is the longest bike path in North America, and of the Great Trail, one of the longest networks of trails in the world. The park can be accessed from the Old Port via the De la Concorde Bridge or, from the south shore, by taking the Victoria Bridge bike path. The braver cyclists might take the Jacques-Cartier Bridge to get there. Otherwise, you can also take the metro (remember that bikes are allowed in the first car of the train) to Jean-Drapeau station.

While there, cyclists can enjoy the many sights and attractions in and around the park itself, or get some speed biking in on the Formula 1 racetrack—the Circuit Gilles Villeneuve. 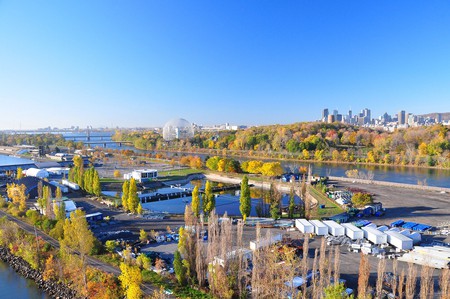 Parc Mont Royal is the place to go when you want both upward climbs and fun descents. It can take between 20 to 40 minutes to bike up the main slope of the park, depending on speed and the number of pedestrians around—it’s a wide, shared dirt track that can get busy on the weekends in particular. At the top, you can get a great panoramic view of the city and beyond. After returning down the mountain, cyclists can head over to neighbourhoods like Outremont, the Plateau, or even downtown Montreal, for further exploration. 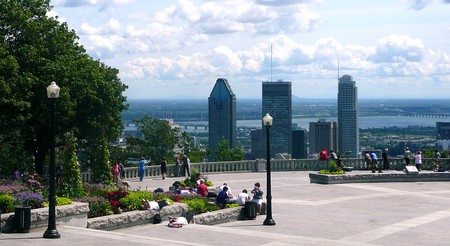 Parc Angrignon is easy to access via bike or public transit. It contains around 97 hectares (or 240 acres) of green space, wooded areas, ponds, and marshy spots. With small waterfalls and playgrounds, biking out to the park can be a lovely weekend activity—pack some snacks, a book, or a frisbee and enjoy a long, relaxing summer afternoon.

The route toward Parc nature de Île-de-la-Visitation is not exactly the most scenic in the city, going along residential and main roads heading north from the downtown area, but it’s worth the ride once you reach the banks of the St Lawrence River. The park follows the river and offers a beautiful view of the North Shore, with a historical site on location and choppy rapids to explore, all surrounded by pastoral green spaces. 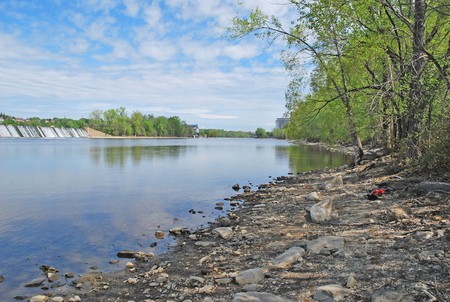 For BIXI-using tourists in particular, the bike route along De Maisonneuve Boulevard is ideal for getting a sense of Montreal’s downtown area. You can start from the Grande Bibliothèque (which is located near the Berri-UQAM métro station), and ride through the busy main streets of downtown Montréal, checking out what’s happening at Place des Arts at along the way. The path will take you into Westmount, the city’s elegant west end neighbourhood, through to Notre-Dame-de-Grâce (NDG), taking you a bit off the beaten track. 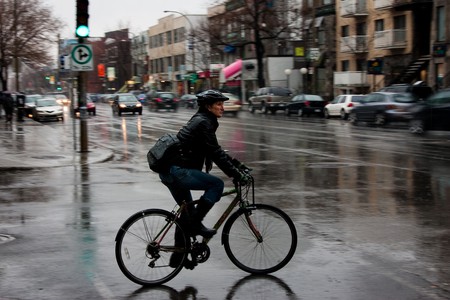 The north-south route consists of almost 10 kilometres that cut right through the city. From the St. Lawrence River (at the corner De la Commune Street and Berri) up to Rivière des Prairies, you can cycle by the popular Plateau neighbourhood and even stop for a picnic at the scenic Parc La Fontaine. Heading northward through Villeray and Ahuntsic the path is less picturesque—this is also the route that will take you through to Parc de la Visitation—but cycling the full route will give you some insight into various neighbourhoods and locales that aren’t frequented by tourists.

Located about 60-ish kilometres away from downtown, it could take from a couple of hours to half a day for a cyclist to reach Bois de l’Île Bizard. It’s a mix of beach, woods, and marshland located on Île Bizard, which is an island at the northwestern tip of the island of Montreal. Pack a picnic and plenty of water and enjoy a full day of cycling to and through one of the best-kept secrets in the city. 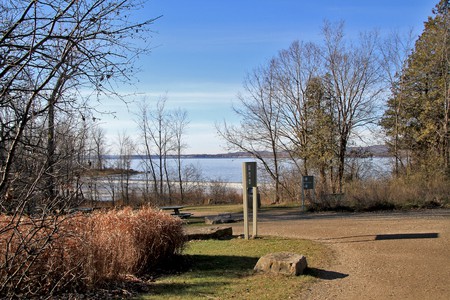