The Best Things to See and Do in Mile-Ex, Montreal 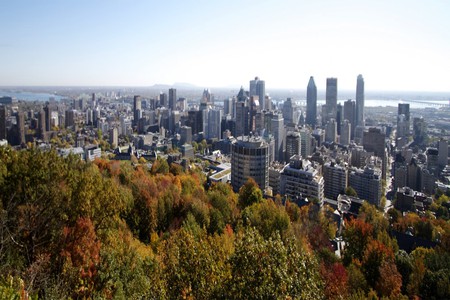 At first glance, it might be hard to get past the industrial vibe of Montreal’s Mile-Ex district, but it’s quickly emerging as one of the city’s trendiest neighborhoods. Here are some of the best things to see and do around Mile-Ex in order to get a sense of what the area has to offer.

If you’re looking to head off the beaten path of the hipster cafés that characterize the Plateau and Mile End neighborhoods, you can head over to Mile-Ex and find other options. Two of the trendiest coffee shops right now are Café Guerrero and the minimalist-styled Dispatch Coffee, which also has a great terrasse during the warmer months.

Stop by and spend some time with us. Our St Laurent and St Zotique locations will be closing at 3 today!

Have a quick lunch

There are numerous restaurants in Mile-Ex, ranging from vegetarian fare to Italian, gastropubs to contemporary diners. A favorite spot is Dépanneur le Pick Up, playing on the common sight of a corner “dep” around the city and styled as part convenience store and part lunch counter.

There are a variety of quirky locally owned shops around Mile-Ex, including DOMO, a popular gift shop that offers Montreal-centric items, from house décor to clothing, featuring METRO signs, logos from the infamous Expo ’67, and Olympic ’76 designs. The store also functions as a café.

Go out for a drink

In the evenings around this district, what appear to be old garages or factories suddenly transform into industrial-chic bars offering everything from creative cocktails to local brews. One of the most popular of these is Alexandraplatz, which is closed in the winter, but through the spring and summer, it’s one of the most vibrant places in the neighborhood.

Head to a gallery

With its origins as an industrial district, Mile-Ex was subsequently known as a hub for contemporary experimental architecture. Through the years, former factories have been repurposed as art-filled gallery spaces. One example is Never Apart, a creative space that offers built-in theatres for indie screenings, a garden, and even a saltwater pool—along with an archive that includes 10,000 vinyl records. The mission of the organization is to foster a conscious community space by collaborating with local artists and regularly hosting events and exhibitions.

Relax in the park

Parc Jarry is a large green space that is a stone’s throw from Mile-Ex, and you’ll find not only families picnicking under the trees and casual baseball games happening in the fields, but the Uniprix Stadium also hosts international tennis matches. Other facilities include cricket, softball, and soccer fields, a skate park, tennis and basketball courts, a public pool, and an artificial lake. 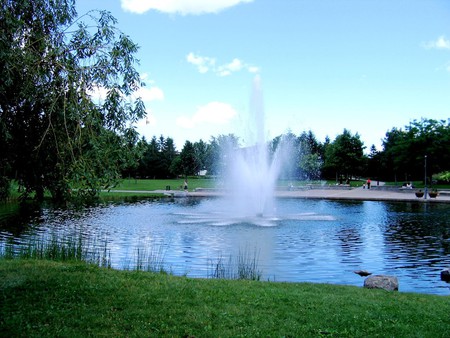 One of the geographical benefits of Mile-Ex is the fact that it lies between Mile End and Parc Ex; you can easily get to either neighborhood on foot. Also accessible are Little Italy and the well-known Jean-Talon Market, adding to the dynamism of the community’s offerings.