The Best Sports Bars in Montreal 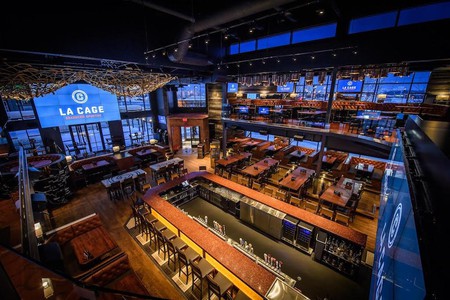 There are plenty of sports bars around Montreal, and during hockey season they are often full to capacity—especially if the Habs, the beloved local team, are playing. From wild and bizarre to laidback and casual, here are some of the best sports bars in the city.

Located right downtown, Station des Sports has a more commercial atmosphere, with large front and back patios that are great during the warmer months. They have a varied menu with decent prices, and there are even “Tap” tables that let you pour your own beers without having to wait for service.

Known for its friendly service, Bruno is a small and casual Italian-style bar beyond the bustle of downtown or the St Laurent strip. A family business situated in the Rosemont-La Petite-Patrie neighbourhood since 1985, they serve up cheap beer and great sliced meat sandwiches—and there are TV screens everywhere you look.

Attracting a younger, under-30 kind of crowd, Chez Subban (which until early this year was called Chez Serge) is one of Montreal’s most notorious bars. There’s the equivalent of a disco ball flashing the Habs’ colours across the bar, and it’s equipped with a giant 110-inch TV screen, four 58-inch plasma screens, and additional screens in the booths. There’s even a TV on the ceiling of the men’s bathroom, so you won’t miss a shot. For other entertainment, there’s a mechanical bull that you can ride for free, giant cocktails, free popcorn, and the bar is equipped with stripper poles for some Coyote Ugly-style dancing—if you dare.

To grab a drink and watch a game, MVP Bar Sportif is a great spot to watch international sports and live pay-per-view events. Sometimes more than one event is on, upstairs vs. downstairs. With multiple locations around the city, it’s a great spot to come with a group of friends and enjoy your match of choice. 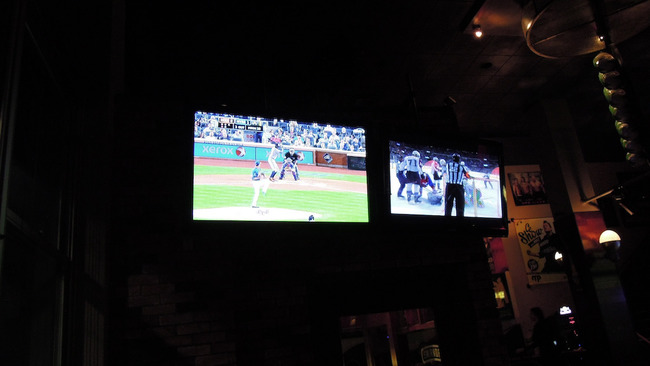 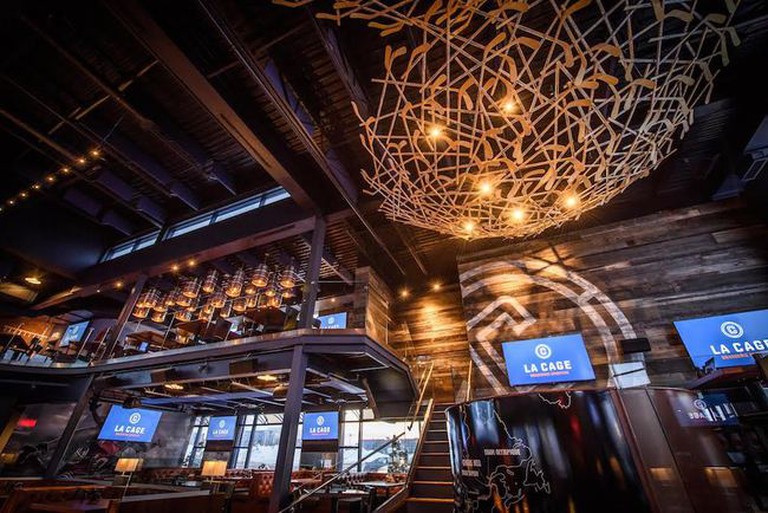 The downtown location of the La Cage chain is a convenient hotspot to get your game on. It’s loud and often rowdy—especially if the Habs (or the Montreal Canadiens, the city’s local hockey team) are playing. There’s indoor and outdoor seating, depending on the time of year, and plenty of screens so that you can have an unobstructed view even if the bar is full.