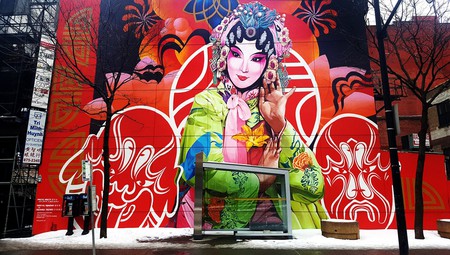 Montreal is known for being a creative and dynamic city, and part of its appeal is in the public art that interfaces with the daily life of its streets, parks, and metro stations. The city’s public art collection encompasses around 315 works, including commemorative monuments, sculptures, murals, and installations, scattered across the city’s 19 boroughs. Here’s an introduction to some of the best examples of public art that you can find in Montreal.

Inaugurated in September 2017, Catalan artist Jaume Plensa created the 10-meter-tall (33 feet) statue called Source for Montreal’s 375th anniversary. The sculpture faces the city and functions as something of a gateway into the downtown core. Since 2011, the city of Montreal has been working on replacing the elevated expressway that runs through the heart of the city with an urban boulevard, to be named after former premier of Quebec, Robert Bourassa. The statue stands at the boulevard’s intersection with Wellington Street, and its name, Source, refers to water—the source of all life, a word identical in both French and English. 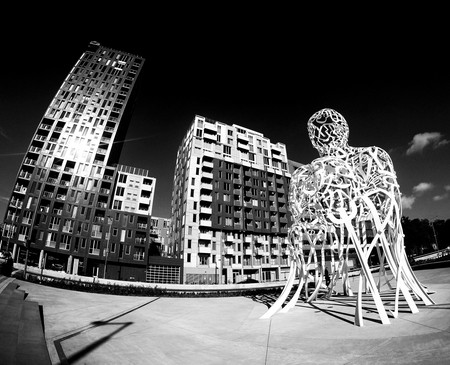 Situated in Parc Jean-Drapeau, Île Sainte-Hélène, American artist Alexander Calder’s abstract statue was a gift to the city from the International Nickel Company of Canada. It reflects the theme of Expo 67, Man and His World. Unlike Calder’s other large sculptural creations, it’s not painted, which exposes its constructional elements, including stainless steel plates fused together with bolts, which reflect the manufacturing techniques of huge machines. The figure stands at over 20 m (65.6 ft) tall, stretching 22 m (72 ft) from end to end in one direction, and just over 16 m (52.5 ft) in the other. The statue’s market value is estimated at 50 million dollars, making it the highest in Canada. 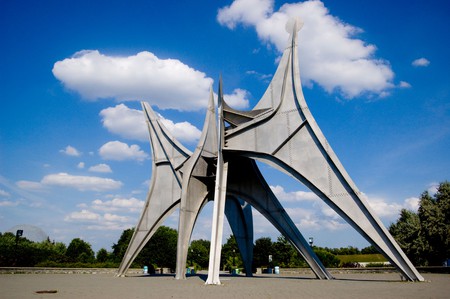 Female Landscape is a piece constructed of bronze and concrete, installed in a fountain in the outdoor esplanade of Montreal’s Place Ville Marie complex. After working in the field of advertising for 15 years, Gerald Gladstone (1929–2005) dedicated himself full-time to art, despite not having any formal art education. His career included a number of major solo and group exhibitions, in addition to numerous public art projects. 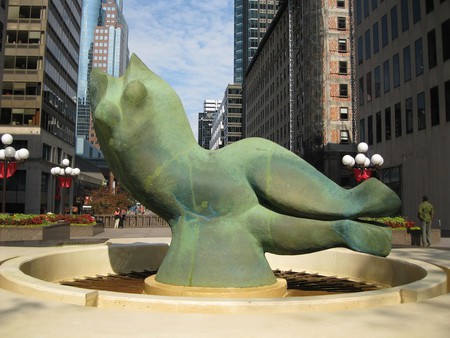 La Fermière is a fountain monument by Alfred Laliberté (1877–1953) and depicts a market gardener from the 17th century. It stands in front of Maisonneuve Market in the Hochelaga-Maisonneuve neighborhood—within view of the Olympic Stadium. 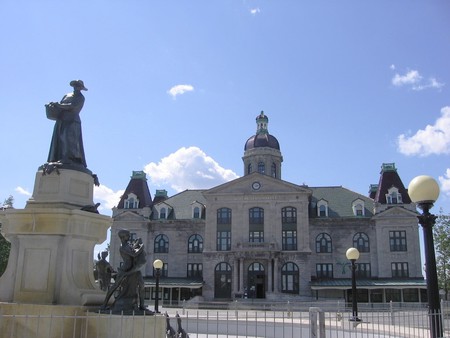 A mural of over 1,000 square meters was revealed in 2017 in the heart of downtown Montreal in time for the one-year anniversary of local icon Leonard Cohen’s death. Spanning a wide wall at 1420 Crescent Street, the mural is based on a photograph by Lorca Cohen, his daughter. It was created by a group of artists with the MU collective, specifically El Mac and Gene Pendon. There’s another Cohen-inspired mural in the Plateau, which was unveiled as part of Montreal’s Mural Festival. 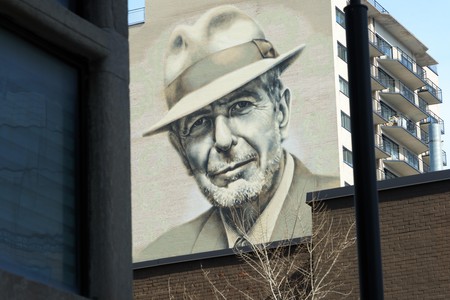 This resplendent mural by Dominique Desbiens, another member of the MU collective, can be found just outside the Jean-Talon metro station, on Rue La Jeunesse. The title translates as “The Sixth Sphere of Culture,” and it offers a splash of insight and color along the busy thoroughfare. 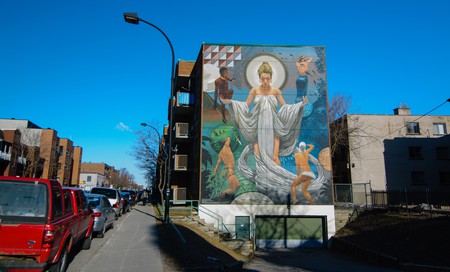 Artducommun is a Montreal-based collective, founded by Simon Bachand and Jasmin Guérard-Alie in 2006. The group’s incredible, often 3D, pieces are designed to integrate into their environments while both incorporating and enriching the existing architecture. Terrasse Saint-Jacques is a stunning and relatively new mural located in Lachine.

Montreal is full of elaborate murals that add to the city’s character. There’s an app, Graffmap, that charts out the exact location of the paintings. It’s also worthwhile to take a street art tour in order to gain more insight into these vibrant and often unusual pieces.