The Best Areas to Stay for Nightlife in Montreal, Canada 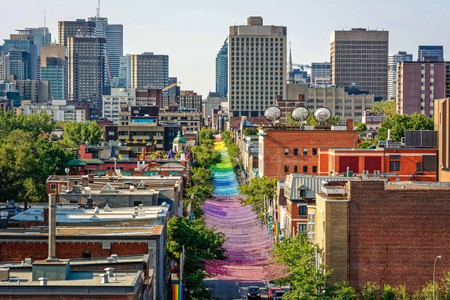 Beyond its bilingualism, French colonial architecture, and unique elements of Québécois culture, one characteristic that makes Montreal a popular destination for Canadians and international visitors alike is the city’s infamous party scene. Here are some of the best areas to stay for exploring the nightlife in Montreal.

Being centrally located is always a good idea when it comes to exploring the nightlife scene in Montreal, because the downtown area offers easy access to many of the districts listed below—in addition to the lively array of restaurants, bars, and clubs (both dance and strip varieties) that can be found along the main stretch of Rue St. Catherine. Downtown, you’ll also be able to see most of the city’s seemingly countless festivals. If you want to be right at the heart of the action, downtown Montreal should definitely be your top choice. 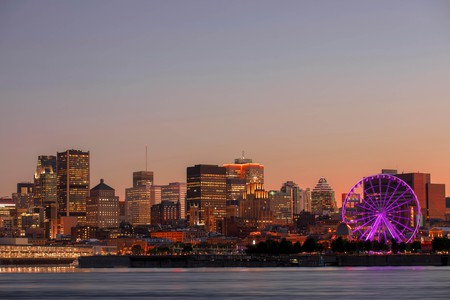 If you’re downtown, it’s hard to miss Rue Crescent. It’s alive with young people looking to have a good time among the many clubs and bars that line the street. This stretch is most suitable for revelers in their early 20s, especially undergraduate students or those who have ventured to the city in order to take advantage of Quebec’s 18+ drinking age—among the lowest legal drinking ages in North America. 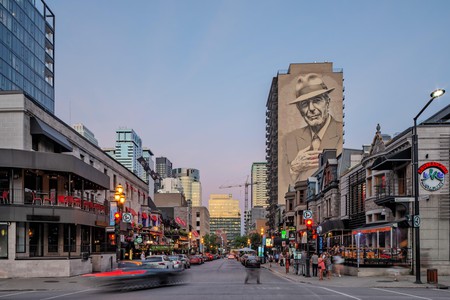 Old Montreal is the city’s historic district, which also puts it among the most popular tourist destinations. Among the cobblestone streets and historic architecture—with some structures dating as far back as the 17th century—you’ll find a number of bars, elegant lounges, and upscale dining options. Some of the finest hotels in the city can also be found in Old Montreal, so it’s a perfect place to stay if you want to have easy access to the downtown core while also enjoying a touch of sophistication. 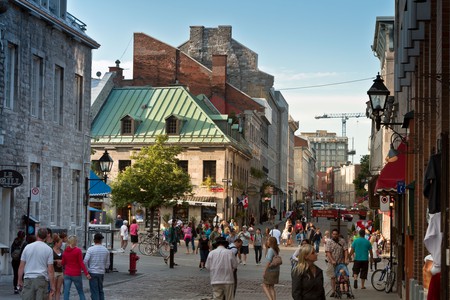 The Plateau is another popular neighborhood to stay in during your visit to Montreal. It doesn’t feature a wide variety of hotels, but you’ll certainly find numerous hostel and Airbnb listings for this area. Bars, including sophisticated wine bars, pubs, and clubs, lie along major streets like Avenue Mont-Royal, Boulevard St. Laurent, and Rue St. Denis—which are conveniently within a few minutes’ walking distance from one another.

Along with Rue Crescent, Boulevard St. Laurent is one of the main arteries for nightlife in Montreal. Many would vouch that it’s the preferred stretch for clubs, especially those catering more to young professionals rather than undergraduate students and tourists. Aim for Airbnbs that are as close as possible to this vibrant boulevard in order to catch all the fun. Stick to the area that runs from around Rue Ontario up to Avenue Mont-Royal for the widest range of clubs, restaurants, and more.

Montreal’s Gay Village is a colorful and vivacious neighborhood that offers guaranteed fun. It’s popular among Montrealers and visitors alike, whether or not you consider yourself to be part of the LGBTQ community. There are a variety of bars, clubs (both dance and strip varieties), restaurants, and more in this part of the city located just east of the downtown core. Every year from May–September, the section of Rue Sainte-Catherine that cuts through the Village becomes a pedestrian-only zone, which makes it a safe and convenient place to wander through at all hours of the day or night. 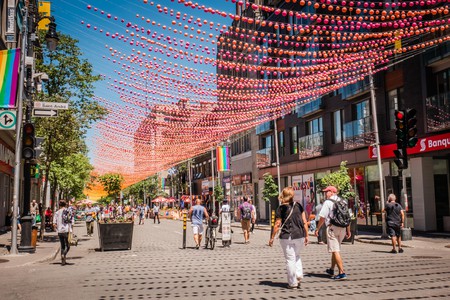 Even if clubbing isn’t your preferred nightlife experience, there are a couple of other neighborhoods where you can enjoy a late-night drink with friends. One of these areas is Monkland Village, a bustling strip in the westerly neighborhood of NDG (Notre-Dame-de-Grâce). You’ll find a variety of bars, pubs, and lounges that are open late, often until 3 am.

Little Italy is another area that doesn’t boast a lot of clubs, but it is home to a number of popular bars, restaurants, and microbreweries that make for an animated night out. The main stretch of Little Italy falls along Boulevard St. Laurent north of Boulevard Rosemont, but be sure to check out the bars that are tucked away on side streets. You can enjoy a bite of delicious Italian food along the way.

Running through the St. Henri neighborhood southwest of the downtown core, Rue St. Jacques features a lively scene of bars, pubs, restaurants and more. This area is a good one to head to if you want to get off the beaten track and try something new. Explore the area around Atwater Market in particular.