The 11 Most Unique Experiences in Montreal 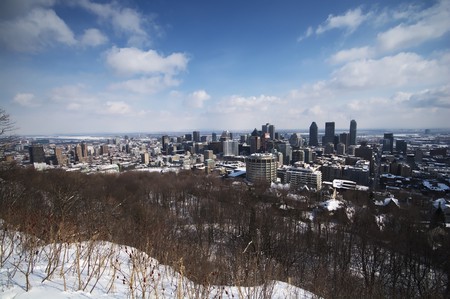 Montreal is a fun and diverse city celebrated for the variety of vibrant cultural activities that it offers. If you’re looking for something that will take you deeper into the city’s particular character, here are 11 experiences that you can’t miss out on when you visit this city.

In general, tourism companies don’t widely advertise this informal musical gathering that brings hundreds of people together in front of the George-Étienne Cartier Monument in Parc Mont-Royal. That’s likely due to the large amounts of marijuana going around and the eclectic cast of attendees that characterize this weekly event. Every Sunday, Montrealers head to the “mountain” with snacks, blankets, and drinks to listen to the rhythms of countless drums following the same beat. It’s true that, despite some police presence, public drinking and drug use are generally tolerated at this event, but Tams has become an important custom rooted in the city’s counter-cultural history.

Igloofest is a winter electronic music festival that covers multiple weekends in January and February. Located in the beautiful Old Port district of Montreal, this outdoor festival gets Montrealers out of their winter hibernation. Bring mittens, a tuque, and a few extra layers so that you can enjoy a winter wonderland that includes neon lights, warm wine, and the pulsing beat of some of the most popular electronic music around. Only in Montreal would thousands of people dance the night away in sub-zero temperatures.

I had to wrap up warm but it was worth it. #Igloofest #Montreal you were absolutely off the scale!

Montreal is a city of festivals, and the International Jazz Fest is one of the most celebrated events and has the status of being the largest jazz festival in the world, making it a truly unique Montreal experience. Around 2.5 million visitors attend annually, participating in more than 650 concerts (over 400 of which are free) at both indoor and outdoor venues. This year, the event will be held from June 29 – July 8, 2017, with full programming to be announced by the end of May.

The Cabane à Sucre Au Pied de Cochon is a high-end sugar shack operated by Quebec’s star chef, Martin Picard. Located around 45 minutes outside Montreal, in St-Benoît de Mirabel, it runs through two seasons: autumn harvest and winter sugar shack. It’s constantly sold-out through the season, so you’ll have to reserve online well in advance (about six months). The cooking team at the Cabane creatively showcases seasonal Quebec flavors in massive portions for a unique local experience. There is also the Au Pied de Cochon restaurant in the Plateau neighborhood.

We had allllll the food 😋 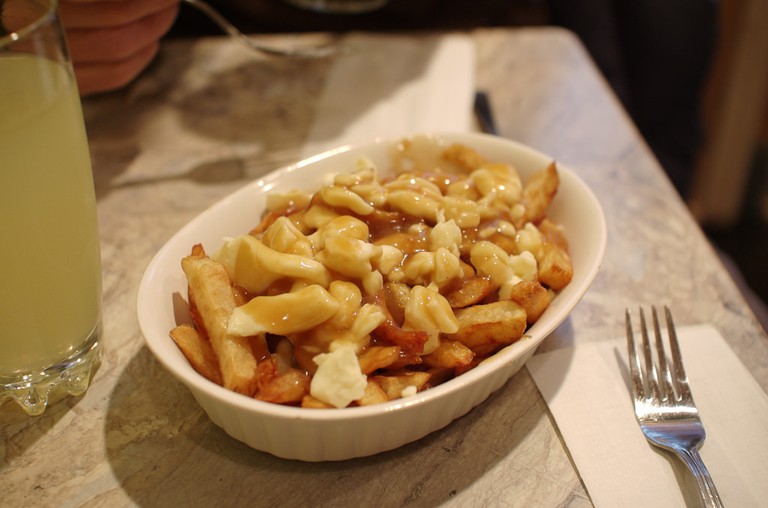 Poutine | © Joe / Flickr
Poutine is at the top of any list of traditional Canadian foods, and Quebec is considered to be the birthplace of this warm concoction of French fries, gravy, and cheese curds. You can’t find better poutine in any other Canadian city than Montreal. Try La Banquise, a 24-hour hot spot that has been a Montreal mainstay since 1968; many would argue that it serves up the best poutine in the city. With over 25 different types, you can eat to your heart’s content.
Open In Google Maps
994 Rue Rachel Est, Le Plateau-Mont-Royal Montréal, Québec, H2J 2J3, Canada
+15145252415
Visit Website
Give us feedback

Another unique Montreal foodie experience comes in the form of smoked meat, recognized as being an important feature of the city’s cultural heritage since the 19th century. In particular, Schwartz’s Deli on Saint Laurent attracts crowds that line up for blocks to get a taste of the classic way to eat Montreal smoked meat: as a sandwich on rye bread with mustard.

Montreal-style bagels round out the extraordinary food experiences that Montreal offers, and it would be a shame to miss out on the city’s unique, wood-fired, hand-rolled bagels. As is traditional, the bagels are handmade, and you can watch them while they bake in giant brick ovens. St-Viateur and Fairmont are the most famous bagel shops in the city, and there’s an ongoing debate about who serves up Montreal’s finest.

Montreal is well known for its striking, colorful street art, particularly on streets like Rue Saint-Denis, Boulevard Saint-Laurent, and Rue Duluth, which are punctuated by gorgeous murals by professional graffiti artists, including Carlito Dalceggio, Miles Mac, Stikki Peaches, Futur Lasor Now, and Omen. Street art is something that makes Montreal special; beyond its world-class galleries and museums, you can find stunning art filling its back alleys, doorways, and side streets. Now you can even explore the best of Montreal’s street art through a Google gallery.

Montreal is a city of diverse communities and neighborhoods, offering a unique opportunity to explore the city’s architecture and history. Wander through cafés, bookshops, and boutiques, and get a sense of Montreal’s creative and dynamic character—noting which areas are more francophone than others. Old Montreal is a popular tourist destination, but be sure to explore the Plateau and Mile End. Other neighborhoods such as Griffintown and Hochelaga are considered to be up-and-coming districts.

The island of Montreal boasts more than 500 kilometers (311 miles) of bike routes and paths, and the city has a reputation for being one of the most bike-friendly in North America. One of the most popular rides is the 15-kilometer (9.3-mile) excursion along the Lachine Canal, a paved recreation path that runs between Old Montreal and the borough of Lachine. It makes up part of the Pôle des Rapides cycling route through the southwest of Montreal. Another great spot for cycling is through Parc du Mont-Royal, which consists of a six-kilometer (3.7-mile) pathway to the top. Montreal also has a bike share system known as Bixi, which operates more than 5,000 bikes at 400 self-serve stations around the city from mid-April to the end of November.

One of the unique experiences offered by Montreal is in its bilingual character, adding to the city’s colorful and creative vibe. Walking down the streets in the city’s downtown area, you’ll hear an interplay of French and English, along with other languages—around 60% of Montrealers speak French at home, just over 20% speak English, and around 20% speak neither. It’s the second-largest mainly French-speaking city in the world after Paris.