For One Night Only, This Montreal Underground Cave Will Transform into a Bar 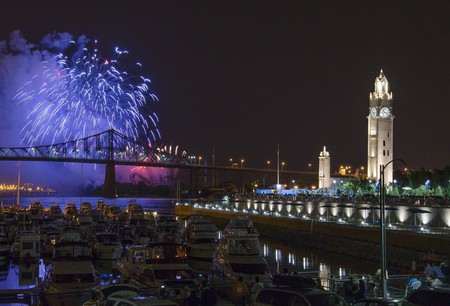 Montreal is known for its lively event and festival scene, and at the end of April 2018, one of the city’s most unusual events will take place in one of its most clandestine locations: a secret speakeasy in an underground cave.

Montreal’s secret underground cave (not to be confused with Montreal’s Underground City complex) is a little-known spot in the city located in the Old Port—or rather, under the Old Port.

Connected to the city’s Pointe-à-Callière Museum of Archaeology & History in Old Montreal, the cave lies deep underground and is only accessible via an underground tunnel built in 1832. The tunnel leads visitors beneath Place d’Youville and into the old remains of the Ville-Marie Fort.

Now, for one evening only, the cave will host an exclusive event organized by the Relève philanthropique Pointe-à-Callière, a membership-based association connected to the museum.

To enter this speakeasy-inspired event, guests will be led through a secret door after giving the password printed on their tickets. From there, guests will head down and underground into the secret cave to enjoy the space and sip on “illegal” secret drinks of the event. There will also be DJs performing throughout the affair to keep things lively.

This event will be of the “5 à 7” variety, pronounced even in English as the French cinq-à-sept, which is the Montreal way of referring to Happy Hour. It takes place on a Monday evening, but the good news is that an open bar is included in the price of each ticket.

The “speakeasy éphémère” will take place on April 30, 2018, from 5–7 pm. Tickets for this fleeting, one-evening event are limited, costing $30 before April 20th, and then $40 as of April 21st. More information can be found on the event’s Facebook page.