How to Celebrate Chinese New Year in Montreal 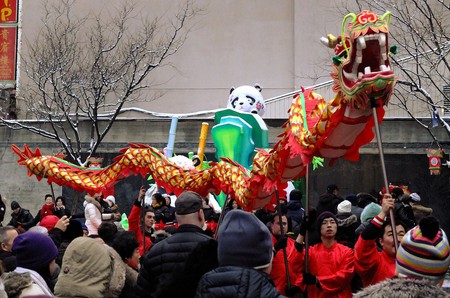 In 2018, the Chinese New Year falls on Friday, February 16 and it will mark the Year of the Dog. There are numerous ways to enjoy this joyous celebration around Montreal, from classical concerts to Chinatown’s annual Lunar New Year Parade. Here are some of the most popular ways to ring in the Chinese New Year in this city.

The annual New Year parade that winds through Chinatown near downtown Montreal is a joyous display of traditional costumed lion and dragon dance troupes. They will appear through the weekend of February 16th, dancing from store to store through the district as people offer them vegetables, fruits, and “lucky envelopes” (money) in exchange for a prosperous year ahead. 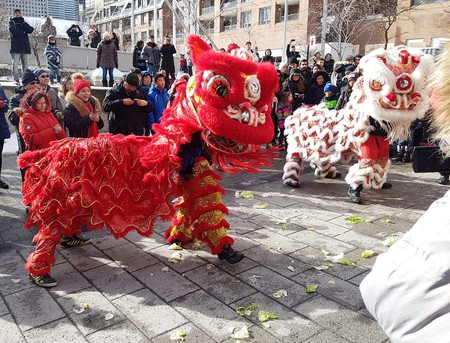 A couple of weeks before the New Year, you can get into the spirit by watching the the 2018 Chinese New Year Gala at Théàtre Maisoneuve. On February 3 and 4 the Troupe artistique Phoenix (Huayun) de Montréal will celebrate this festive time of year through a number of performances—including classical and folk dances, singing, acrobatics, trraditional music, Peking Opera and Kung Fu, all performed by over 100 artists. Ticket information is available here.

What better way to show interest and appreciation in different cultures than through learning about some of its cuisine? A unique way to mark the Chinese New Year would be to participate in a dumpling workshop, where you can learn how to create dumpling wrappers from scratch and add a delicious filling made of mushrooms, cabbage, and carrots. Bring your own container in case there are leftovers! Tickets are $20 CAD and the event is hosted by Le Milieu. 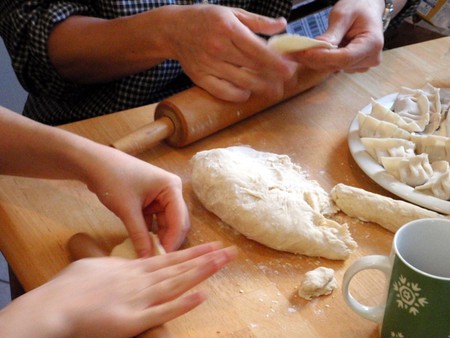 Many of the city’s Chinese restaurants will be marking the New Year with special offerings of foods traditionally enjoyed during this time. If you’re not interested in learning how to make your own dumplings, for example, then you can head over to one of the top dumpling shops in Montreal, including Qing Hua, Harbin Dumpling, Yi Pin Xiang, Mei, and Mai Xiang Yuan. If you’re craving more, try Maison Kim Fung, Keung Kee and Dynastie for some of the city’s freshest seafood—fish is another important dish enjoyed at this time of year.

Indulge in some New Year pastries

Chinese New Year follows a lunar cycle, a tradition that is marked by the making of sweet, sticky Chinese pastries made from glutinous rice. Though they are available all year round, these pastries are a popular gift item during New Year period in particular. They come in different sizes and shapes, and are often marked with an auspicious symbol in traditional script, representing prosperity and abundance. Try Pâtisserie Harmonie in Chinatown, or Pâtisserie Cocobun at Atwater or Guy-Concordia.

The sticky cake that is bringing families together over #LunarNewYear #niangao #checkitout | sbs.com.au/food/article/2017/01/20/cake-brings-families-together

Chinese-Canadian authors have made a vital contribution to the country’s literary output, and taking some time to explore these books is a great way to appreciate the diversity and creativity of Canada’s Chinese communities. Try heading to one of Montreal’s public libraries and checking out works by authors such as Wayson Choy, Judy Fong Bates, and Larissa Lai.