Called the Capitale mondiale de l’amiante (the Asbestos Capital of the World) and the Cité de l’or blanc (City of White Gold), Thetford Mines is a town that lies in south-central Quebec, just over 100 kilometers (62.1 miles) south of Quebec City. Surrounded by the Appalachians, Thetford Mines was founded in the late 19th century as the heart of one of the largest asbestos-producing regions in the world.

Mining operations in the area that has become known as Thetford Mines began promptly after Joseph Fecteau discovered asbestos there in 1876. By 1879, a railway line made the production and transportation of the mineral more efficient, and the population of the town, which was initially named Kingsville after William King, an important mine owner, increased significantly. 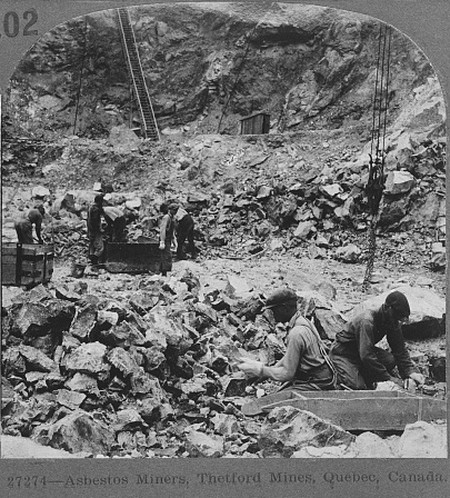 Kingsville was renamed Thetford Mines in 1905, after the town of Thetford in Norfolk, England. In the 1950s, the Thetford Mines relocated a significant part of its downtown area in order to enlarge the major King mine. Nowadays, a combination of both underground and open-face mines surround the town. Constructed between the operational mines and the asbestos tailings, or waste areas, are the streets of the city. 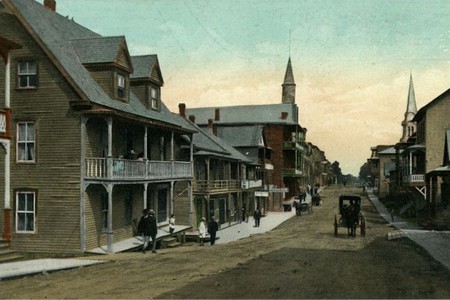 Since the 1980s, however, increasing awareness of the health hazards connected to asbestos has caused demand for the mineral to decline, which has, in turn, resulted in a decrease in production and, therefore, a reduction in the number of people who remain employed in the industry. Partly in response to the shifting economy, Thetford Mines has developed into other sectors—mainly manufacturing, including that of trailers, mining equipment, snowmobiles, and plastics. The city is also the administrative hub of the regional municipality of Amiante. 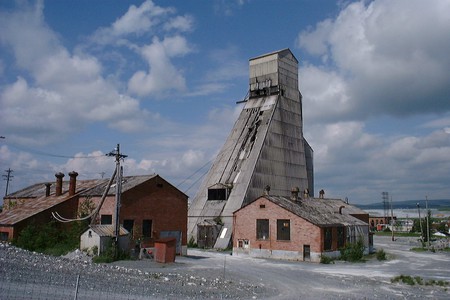 Thetford Mines experiences harsh winters that make it a popular region for downhill and cross-country skiing, as well as snowmobiling. In the spring, the region produces maple syrup in abundance. Indeed, in March and early April, it’s common for visitors to head over to one of the local cabanes à sucre for sugaring-off parties where they can feast on and enjoy maple taffy, which is made by pouring maple syrup across fresh snow.

In the summer and fall, locals and visitors alike partake in outdoor activities such as swimming, hiking, cycling, fishing, and more. The city also has a well-known mineralogy and mining museum.

you are worth more than second thoughts and maybes ❖❖❖