What will happen when 3,000 performers and 2 million spectators converge on 3 city blocks at the end of this month? The Montreal International Jazz Festival is one of the world’s biggest summer music events. ‘It’s many festivals in one,’ says Artistic Director André Ménard. Spanning a range of genres, from jazz (obviously) to hip-hop, gospel, folk and electronica, it offers something for every musical taste. The only thing it doesn’t offer is an easy way to choose among so many great options. With that in mind, we’ve distilled five key decision points to help you create your own festival cheat sheet. 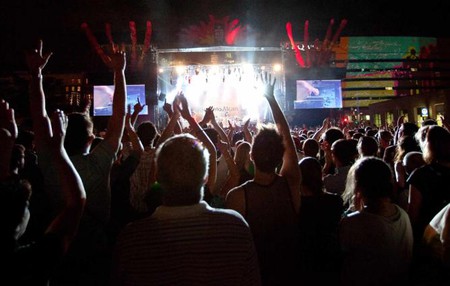 Apart from the weather, the key difference in this case is your budget. Every outdoor show is free, while the indoor concerts have a range of ticket prices. Also, the outside shows start much earlier, with big bands getting the party started for the kids around noon each day. The summer concert vibe continues throughout the afternoon with swing and New Orleans-style Dixieland jazz as well as blues and reggae acts taking over. As the sun goes down, rock, pop and jazz crossover acts take the stage. Fantastic indie rock band Beirut will be one of the biggest acts to play the outdoor portion of the Festival on its opening day, Friday June 26th, while a blues concert in tribute to the late B.B. King will be one of the closing acts, on Sunday July 5th.

While there are well-known acts to see throughout the Festival, the most famous names are strategically concentrated on both weekends. From the Steve Miller Band to Mika, Taj Mahal to Ala.Ni, these are the acts that draw the crowds. Up to 100,000 spectators can make for average Festival attendance during the week, but that number can more than double to 250,000 on the weekend. If your motto is ‘the more the merrier,’ then Friday to Sunday will be your best bet. But if you’re looking for a more intimate musical experience, you’ll be better off during the week with a series like Le Club at L’Astral or the appropriately titled Concerts Intimes at the Savoy club inside the Metropolis. 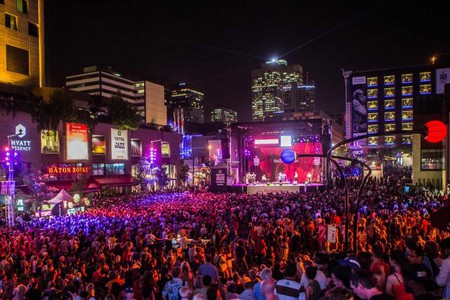 3. Jazz or other genres?

The Festival began as an event by and for jazz fans more than 35 years ago. Since then, it has expanded to include other genres of music that have been influenced in some way by jazz. This year, for example, you can dance the night away to the electro-swing and electro-funk featured in the Open House and Nightcap Heineken series (all free shows, by the way, although be aware that they are indoors), groove to Nigerian high life with world music legend King Sunny Ade; or bounce to the beat of hip-hop experimentalists like Badbadnotgood. With so many world-class jazz performers converging at the Festival – including Joshua Redman, Wayne Shorter and Chris Botti this year – it would be a shame not to include at least one experience of this incredible jazz that will be coming to Montreal.

Part of the appeal of any big music festival is the opportunity to listen, explore and discover new music among all the different artists that play. What makes Montreal unique is the chance to switch things up, and focus on one single performer at a time. The Invitation Series of concerts allows the same artist to perform three times over three days. This year’s edition of the Festival features bassist Avishai Cohen, guitarist Kurt Rosenwinkel and pianist Abdullah Ibrahim as Invitation artists that will play in different configurations on each of their three respective evenings: solo, in duos, trios and a septet. (Monday June 29th is a particularly special Invitation concert, as Rosenwinkel and Cohen will play a set together). This kind of dream experience for fans isn’t just limited to the indoor program; a number of the outdoor concerts also feature the same band for two successive nights, including Mexican jazz-rock band Troker and French electro-swing duo Ginkgoa. 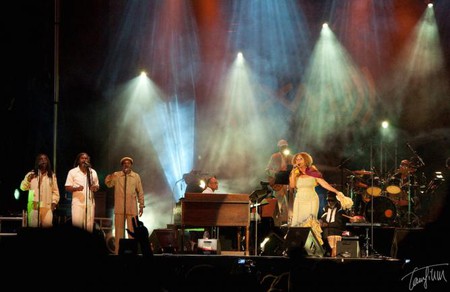 While the Festival is a major tourist attraction, it’s also a highlight in the calendar of Montréalers. Accordingly, it’s a showcase for local talent, from groups like Montréal Dixie and university marching bands in the outdoor program to the Québécois pop act Will Driving West, featured in the Nouveau Folk Series at Cinquième Salle. At the same time, the Festival also plays host to performers from around the world. This year, Brazil is represented by samba legend Bebel Gilberto and singer-songwriter Joyce Moreno (or just ‘Joyce,’ as she is known to fans), while other ethnic sounds will be contributed by Rabih Abou Khalil, the jazz-fusion oud player from Lebanon, and up-and-coming world music stars like Hindi Zahra from Morocco and the Afro-champeta dance band Tribu Baharù from Colombia.

Whether you’re the kind of music fan who prefers tapping their toes in a plush club or shaking it out on an outdoor dance floor, you’re certain to find something that appeals to you in the hundreds of hours of music, dance and other stage performances taking place at the Montreal International Jazz Festival this year. This event is a no-brainer!