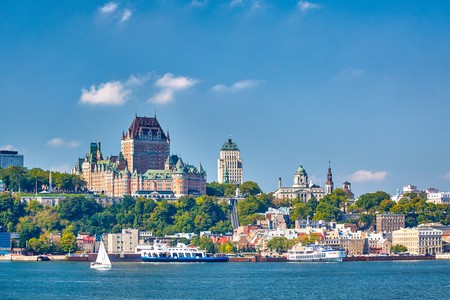 As you plan your visit to Quebec City, here are some of the major attractions that you won’t want to miss while you’re exploring the city’s rich history, culture, language and natural surroundings.

Deli, Market, Canadian
Facebook
Email
Twitter
Pinterest
Copy link
Share
Map View
For a taste of local produce and creative culinary delights, head over to this covered market that hosts a variety of food stalls. From fresh fruit and veggies to deli products, maple syrup, ice wine and more, you can find the perfect souvenir or prepare a picnic lunch to enjoy elsewhere in the Old Port.

Building
Facebook
Email
Twitter
Pinterest
Copy link
Share
Map View
For the best 360-degree view of Quebec City, you won’t want to miss out on the Observatoire de la Capitale on the 31st floor of the Marie-Guyart Building. The panoramic scenes from the city’s tallest skyscraper are stunning all year round, and the observatory includes a wall-to-wall infographic timeline of the history of Quebec City.
Book Now

Natural Feature
Facebook
Email
Twitter
Pinterest
Copy link
Share
Map View
At 83m (272ft) high, the Chute Montmorency, or Montmorency Falls, in Ontario, is 30m (98ft) higher than Niagara Falls. Visiting the towering waterfall is a popular activity year-round, and it can be accessed by car (or by bike during the warmer months) from downtown Quebec City.
Book Now

In addition to the well-known Carnaval de Québec and the Festival d’été de Québec, you’ll want to check out Le Festival ComediHa! in June, which features at least one English comedian every night, and Le Festibière de Québec, a beer festival that offers you the chance to experience the unique flavors created by Quebec’s microbreweries and brewpubs, along with local ciders, wine, local produce and other samples in an open-air venue.

During winter, the Toboggan Slide Au 1884 is a popular activity for locals and tourists alike. One of Quebec City’s oldest attractions, this is a giant snow-slide that runs through the middle of town – starting at the Terrasse Dufferin. Taking an old-school wooden toboggan that seats up to four passengers, you can reach speeds of up to 70kph (43mph).

The Plains of Abraham

Park
Facebook
Email
Twitter
Pinterest
Copy link
Share
Map View
The Plains of Abraham, now a recreational public park, is one of the most important historical sites in Canada. In 1759, this was the site where British troops defeated the French in a half-hour battle that was pivotal in the subsequent unfolding of North American history. Head to the plateau for a picnic, or depending on the time of year, some cycling, cross-country skiing and more. 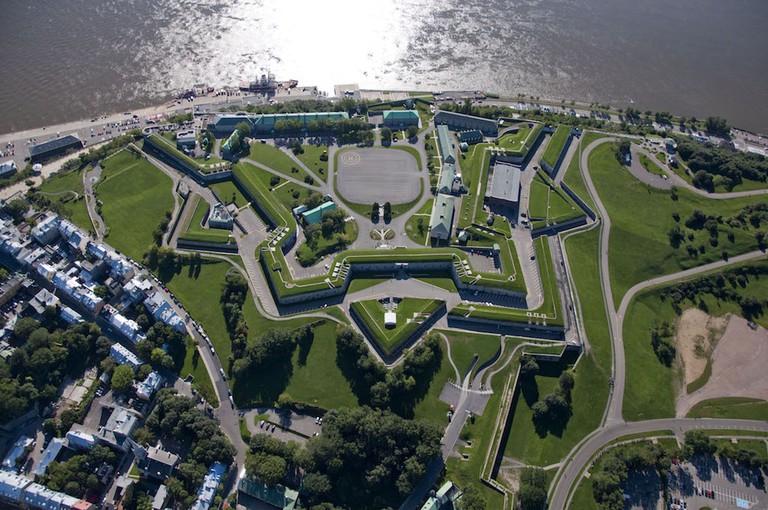 La Citadelle is a star-shaped fortress situated on Quebec City’s Cap Diamant. It was constructed during the 1800s to protect the city from an American invasion that never occurred, and it’s currently the headquarters of Canada’s Royal 22nd Regiment. 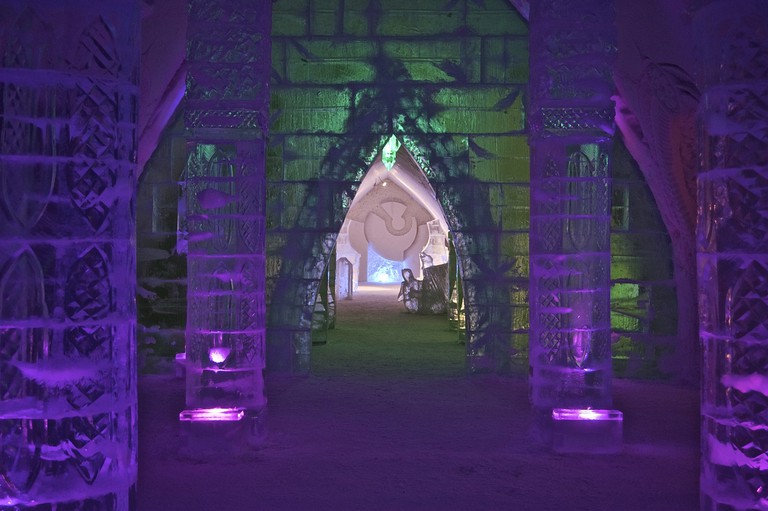 © Simon Desmarais/ Flickr
Book Now
The magical Hôtel de Glace is a unique wintertime attraction located just a few minutes from downtown Quebec City. Sculpted from multiple tons of ice and snow, you can either take a day tour or brave the sub-zero temperatures during an overnight stay. 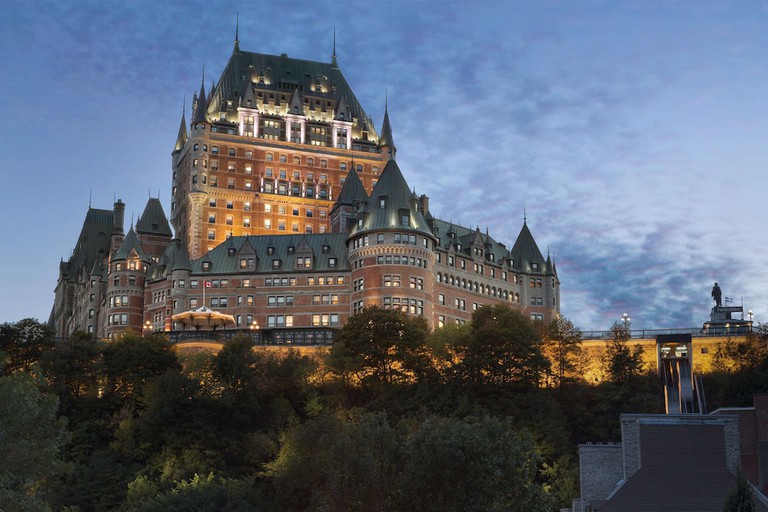 View Rooms
From $261 Per night per room
This historic hotel looks like something out of a fairytale. Famous for being the world’s most photographed hotel, you can either splurge and book a stay here, or opt for a tour during the day to learn more about the fascinating history behind one of Quebec City’s most famous attractions.
More info 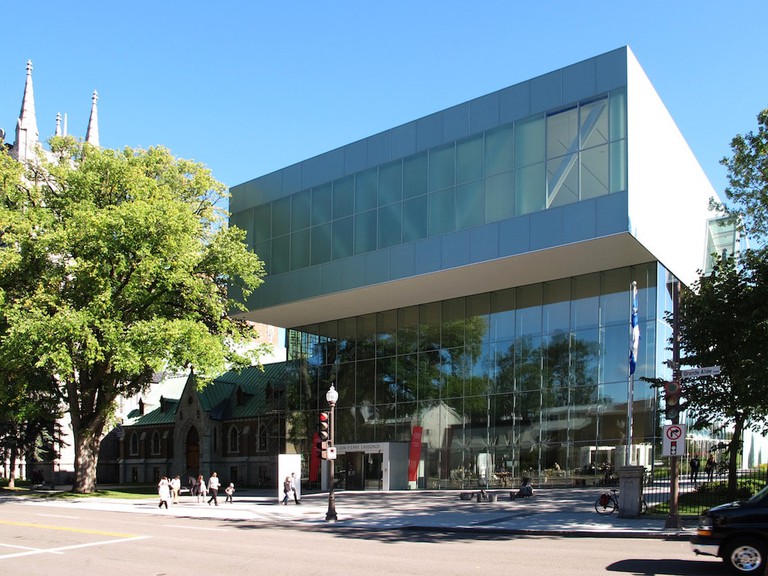 The Musée national des beaux-arts du Québec is one of the city’s major world-class museums, with three pavilions that house 25,000 works produced in Quebec, or by Quebecois artists, many of which date from the 18th century, as well as more than 2,500 examples of Inuit art. 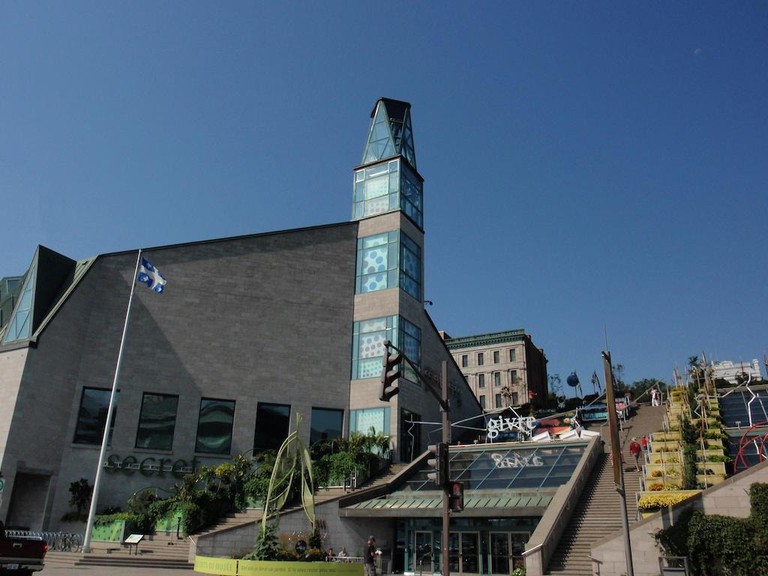 © Claude Gagnon/ Flickr
The Musée de la Civilisation attracts around 14m visitors annually, which makes it one of the most-visited museums in Canada. Explore the series of permanent and temporary exhibits, multimedia presentations and hands-on activity stations, which offer insight into the history of Quebec, Aboriginal peoples and global histories beyond.

Old Quebec is home to the only preserved, walled city north of Mexico, which is a designated Unesco World Heritage Site. The fortifications that surround Quebec City cover around 4.6km (2.8mi) and have survived three centuries of intense colonial history. The fortifications also offer beautiful views of the surrounding cityscape.

Quartier Petit Champlain is one of the oldest commercial district in North America. Part of Vieux-Québec, the neighbourhood is home to numerous art galleries and restaurants, and souvenir shops line the cobbled streets. Be sure to check out the Breakneck Stairs, Quebec City’s oldest stairway, built in 1635. 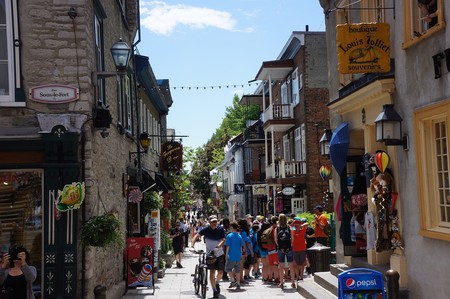 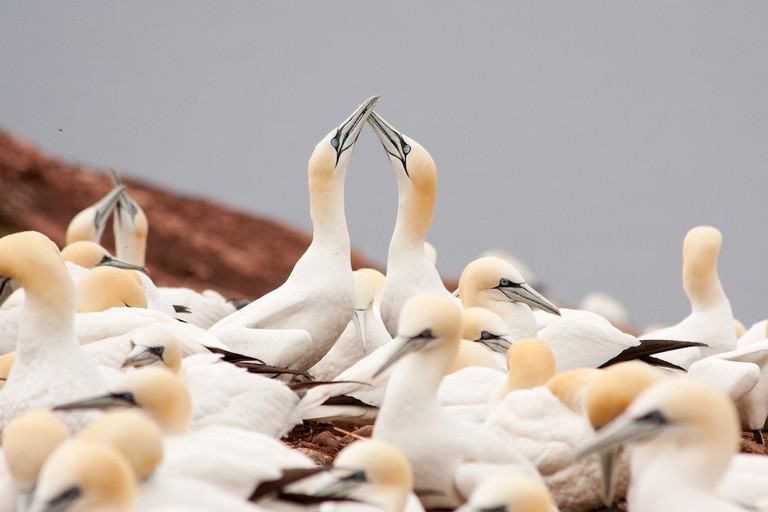 © Andrea Schaffer/ Flickr
Book Now
The Aquarium du Québec is home to more than 10,000 animals that include fish, amphibians, reptiles, invertebrates and sea mammals. Located just 15 minutes from downtown Quebec City, the aquarium is a unique attraction in the province and draws in thousands of visitors every year.

Museum
Facebook
Email
Twitter
Pinterest
Copy link
Share
Map View
The Musée des Ursulines de Québec is an art and history museum that offers important insight into the women who came from Europe into New France in the early settlement of the colony. There are more than 30,000 artifacts preserved in this quaint and beautiful little museum – a quiet spot to visit amid the bustle of Old Quebec.

The Rue du Trésor is a magical open-air gallery found in a narrow alley of Quebec City that feels like stepping into Old Europe. It was started by art students during the 1960s, and remains a lively cultural site today. 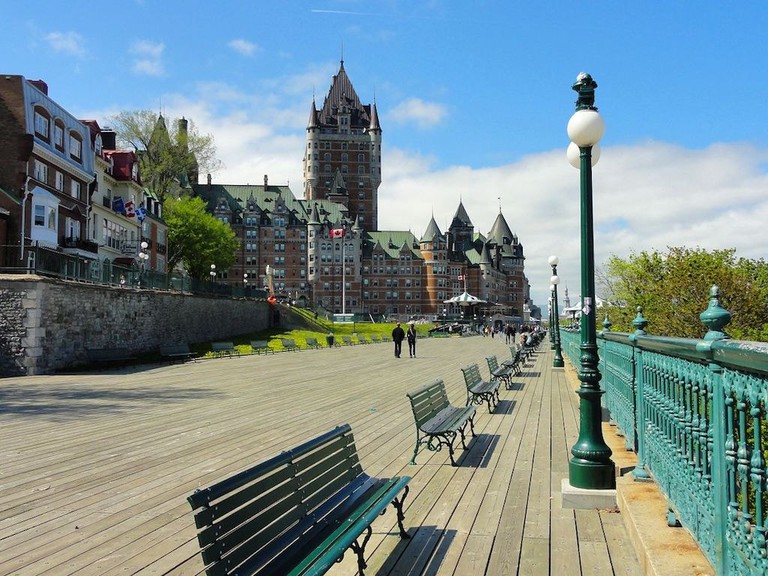 Terrasse Dufferin is an open space that was created in 1879, incorporating a wooden walkway, with gazebos and benches, that reaches from the Chateau Frontenac to La Citadelle. In the summer it’s a spot for strolling, relaxing and people watching, and in the winter it becomes the site for the annual toboggan run from December to March. 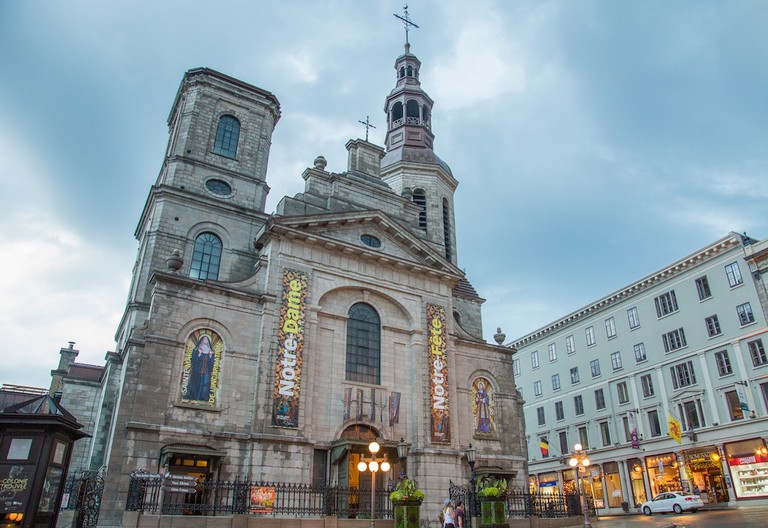 First constructed on the site in 1647, the Basilique Cathedrale – Notre-Dame-de-Québec has been destroyed by fire several times through the course of its history. It has been designated a National Historic Site of Canada, and several prominent figures in the religious and political history of New France are buried in the cathedral’s crypt. Come for the impressive architecture and ornate artworks of the interior.

Place Royale in Old Quebec is one of the most historic landmarks in Canada. Composed of a series of buildings and streets dating back to the 17th century, the area is now home to a series of boutiques, restaurants, cafés and shops. Be sure to check out the Notre-Dame-des-Victoires church, which is one of the oldest stone churches in North America. 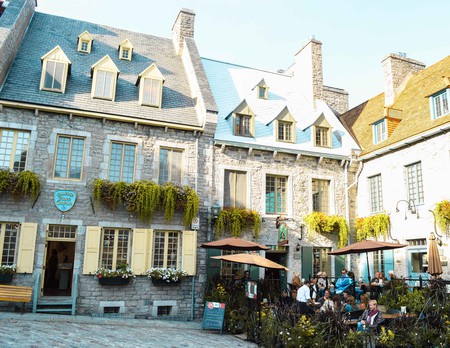