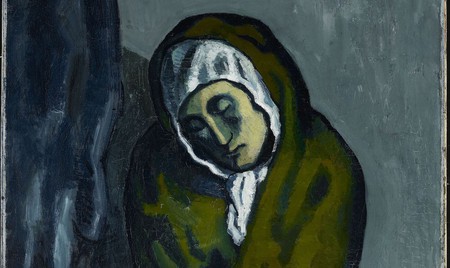 In 1902, during Pablo Picasso’s early ‘blue period’, he created an exceptionally emotive painting entitled La Misereuse Accroupie (The Crouching Beggar), but the artwork holds a secret only just now revealed more than 100 years later – a hidden painting beneath the surface of the original.

Researchers have discovered, using non-invasive X-ray techniques, a landscape painting just below the figure of the sad woman with her iconic green hood. But beyond that, they have also found earlier versions of her figure; perhaps first attempts by the artist at drawing her body. 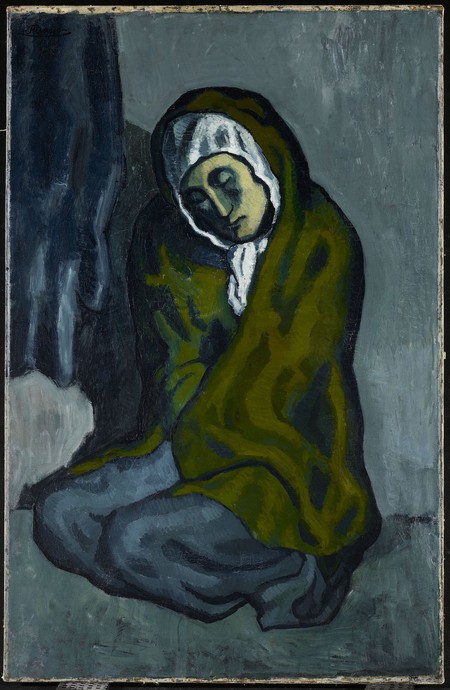 Marc Walton of Northwestern University, who will be presenting the work at the American Association for the Advancement of Science in Texas, explains, ‘This is where technology allows us to get into the mind of the artist, so we can actually understand the creative process of Picasso and how he actually started producing this work of art.’ 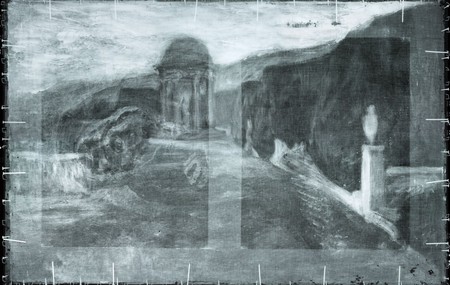 X-ray radiography of La Miséreuse accroupie reveals a landscape hidden beneath the visible surface. | © Art Gallery of Ontario (AGO)

The findings are not entirely a surprise. The first secrets of this artwork were discovered as far back as 1992 when conservators noticed that the texture of the painting didn’t seem to match with its brushstrokes, leading to the initial finding that the canvas had in fact been recycled by the artist.

This was actually quite common for Picasso during the Blue Period, as he was tight on money and hence tended not to waste canvas. The Old Guitarist (1903–04) for example, is another Blue Period painting with many other paintings hiding beneath it. 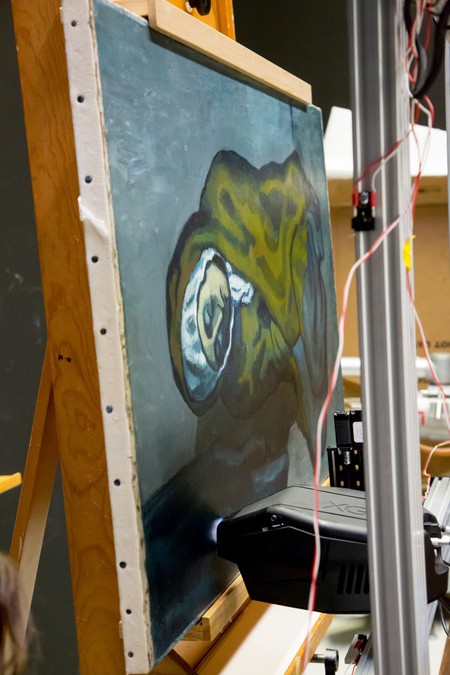 Although the initial landscape has now been identified below the earlier versions of the woman herself, the original colours of the painting are yet to be known. Walton’s goal is to figure out that mystery. He explains, ‘This is really the holy grail because then we [have] uncovered this lost painting and it is part of the world again.’