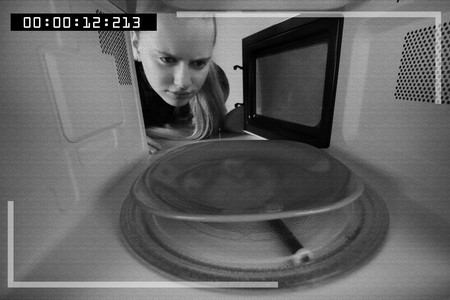 “There was an article this week that talked about how you can surveil someone through their phones, through their—certainly through their television sets, any number of different ways,” Conway said in an interview with the Bergen Record. “And microwaves that turn into cameras, et cetera. So we know that that is just a fact of modern life.”

However, numerous experts have assured the public that microwave ovens cannot be as a tool to spy on people. And Conway has since denied she was accusing Barack Obama of spying on Donald Trump with a microwave, providing yet more proof that predicting the next statement to come from the current administration is as foolish as it is difficult.

But more and more of our devices are connected to the internet and are collecting our private data. When data from those devices isn’t secure, the chances our privacy will be invaded increase dramatically. That invasion of privacy becomes even more severe when the device in question is something personal – like a sex toy.

Standard Innovation denies any wrongdoing, but as part of the settlement agreement has agreed to increase its privacy practices and to destroy information already collected.