Who Were Canada's Group of Seven? 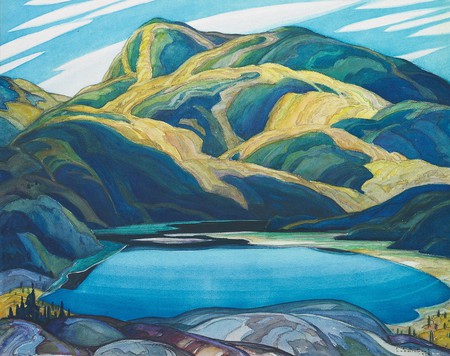 In the early decades of the 20th century, seven artists formed a collective with the mission to paint the Canadian wilderness. Now considered to be Canada’s first art movement, the paintings of the Group of Seven have become permanent fixtures of the Canadian imagination. 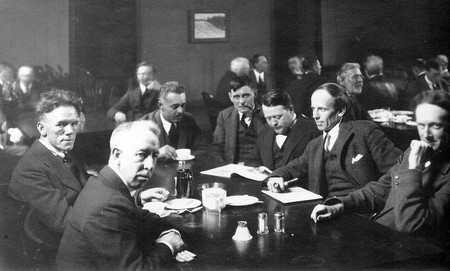 United by the belief that a distinctly Canadian art movement could best be created through direct encounters with nature, the artwork of this collective usually depicts scenes in which the landscape appears to be untouched by human influences. The color schemes and stylistic features that characterize their paintings marked a clear break from the European artistic tradition. 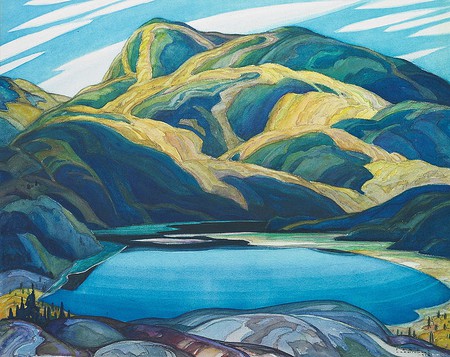 The original seven members first met in Toronto, where many of them worked at a design firm. After World War One – during which time Jackson and Varley worked as official war artists – they reconnected and started traveling through Ontario and sketching the province’s landscapes, working together to strengthen their techniques and interpretations of the wilderness. Around 1919, they started to officially call themselves the Group of Seven, and in 1920, they held their first exhibition as a collective.

Reviews of the exhibition were mixed, and the Group faced resistance and criticism to their attempts to depict the Canadian wilderness. Although it’s hard to believe now, as the country’s diverse landscapes are today celebrated, there was a time when these terrains were not considered worthy of being painted. Through the 1920s, however, as these artists developed new ways of depicting the beauty of the wilderness, the popularity of the Group of Seven continued to grow. 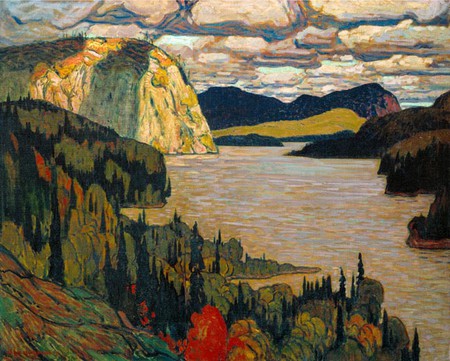 Other artists also moved into and through the Group, reflecting a broader regional diversity. A. J. Casson (1898–1992) was invited to join in 1926, and later, Edwin Holgate (1892–1977) and LeMoine FitzGerald (1890–1956) became members. They ventured beyond Ontario, with some artists heading to the west coast and others to the north. They are considered to be the first artists of European descent to paint the Canadian Arctic.

It’s also important to note two other influential Canadian artists who are closely connected to the Group of Seven, although they were never official members of the collective. Tom Thomson (1877-1917) and Emily Carr (1871-1945) both influenced and were influenced by the Group’s members. Tom Thomson died unexpectedly – and mysteriously – while canoeing in Algonquin Park in 1917, but his painting style reflects a similar approach to landscape that makes the Group of Seven’s artwork iconic. Emily Carr was also closely affiliated with the group, with her paintings of Canada’s Pacific Northwest region being highly regarded, by Lawren Harris in particular. Her artwork, inspired by the First Nations peoples in what is now British Columbia, is also recognized as being central to the development of Canada’s artistic character. 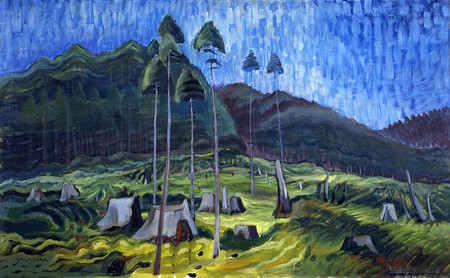 The Group of Seven officially disbanded and created a new artistic collective in 1933, known as the Canadian Group of Painters, which flourished until 1967.

Today, the Group of Seven remain among Canada’s most well-known and beloved artists, with their work having pioneered not only the first nationalistic art movement in the country but also having greatly influenced the development of a distinctly Canadian identity. 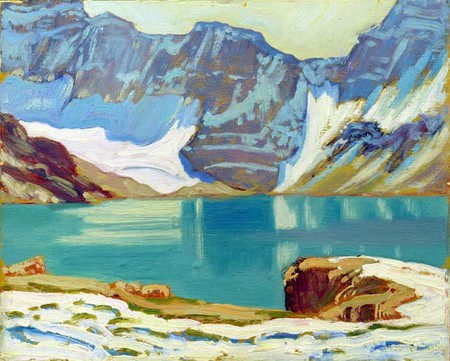 The top galleries to see artwork by the Group of Seven

The Art Gallery of Ontario in Toronto has established a comprehensive collection of the Group of Seven’s work, as well as their contemporaries. They also hold an array of Tom Thomson’s paintings. In fact, the Group’s first exhibition in 1920 – mentioned above – was held at what was then called the Art Gallery of Toronto, now the AGO.

In Ottawa, The National Gallery has an impressive collection of the Group of Seven’s work as part of their extensive display of regional and historical Canadian artistic production, including Aboriginal objects.