Where Do Totem Poles Originate From? 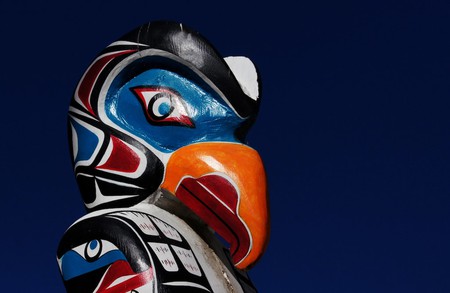 The totem pole, also sometimes referred to as a monumental pole, is a unique, hand-carved monument created by Indigenous peoples of the Northwest Coast of North America to variously portray family legends and lineage, spirituality, sacred or mythological beings, and culturally important animals, people or events. Carved out of large, straight-trunked red cedar trees and painted with vivid colors, the totem pole is representative of Northwest Coast Indigenous cultures and art forms. Here is some insight into the long and fascinating history behind the totem pole.

The word totem stems from the Algonquian (most likely Ojibwe) term odoodem [oˈtuːtɛm], meaning “(his) kinship group.” The tall, narrow, freestanding poles that were seen by the first European explorers in the Pacific Northwest were likely preceded by an extensive history of decorative carving. 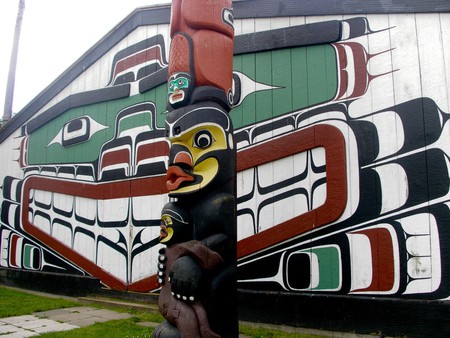 Although totem poles were certainly a time-honored feature of pre-contact Indigenous cultures, most of the best-known poles found in parks and museums throughout the region and abroad were carved after 1860. Due to the region’s damp climate and the nature of the materials used to make the poles, there are only a few created before 1900 that remain. Noteworthy examples, some dating as far back as 1880, are visible at the Royal British Columbia Museum in Victoria and the Museum of Anthropology at the University of British Columbia in Vancouver, Canada. 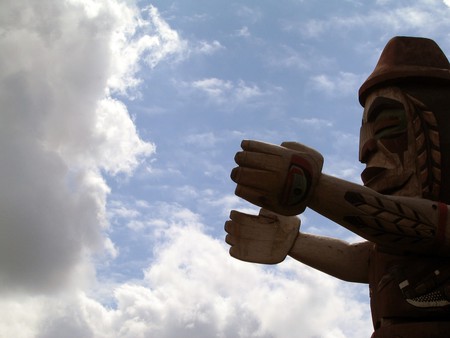 On the one hand, colonial contact may have contributed to the increased production of these monumental carvings: prior to the 19th century, carvers tended to use tools made of stone, shells, or animal teeth. With the arrival of iron and steel, the process of creating more elaborate carvings in shorter spans of time became more efficient. 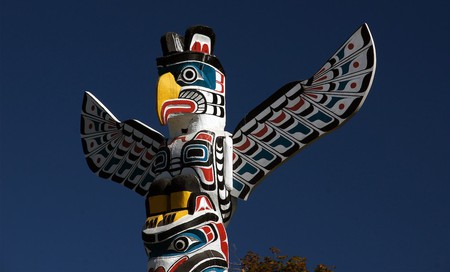 On the other hand, however, the history of totem pole carving has been shaped by official repression of Indigenous religions and policies of assimilation and acculturation in both the United States and Canada, causing the creation of totem poles to ebb and flow through the centuries. 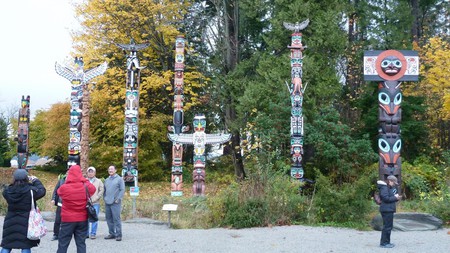 Representations and types of totem poles

There are six main types of monumental poles: memorial or heraldic poles, grave figures, house posts, house-front or portal poles, welcoming poles, and mortuary poles. They also vary in size, with house-front poles sometimes being more than one meter (3.3 feet) in width at the base, and can reach heights of over 20 meters (65.6 feet). Completed totem poles are traditionally erected as part of potlatch ceremonies and depict crest animals that are associated with and reflect the history of specific family lineages. 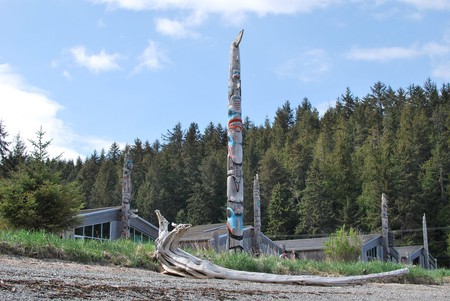 Legacy and future of totem poles

Many communities from the Northwest Coast have struggled to reclaim totem poles that were taken from them by colonial powers for sale or exhibition elsewhere. In 2006, the Haisla successfully repatriated from a Swedish museum a pole that was appropriated in 1929.