When and Where Can Canadians Travel This Summer? 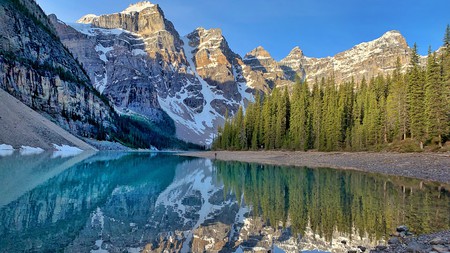 Culture Trip reports on the latest developments regarding domestic travel for Canadians, as well as which provinces and territories are open for visitors, and the prospect of international vacations this summer.

When can we take a staycation?

Canadians hoping to stay within their borders this summer will first have to contend with the ever-changing travel restrictions put in place to limit the spread of Covid-19.

Below are some of the key regulations for domestic travel in each province and territory, as reported by The Canadian Press and CBC news.

For the best outdoor experiences and day trips close to you – including those living in Toronto, Montreal and Vancouver – check out Culture Trip’s selection of outdoor escapes across Canada.

Albertans are allowed to travel freely within the province, including to vacation homes, cabins, hotels, campgrounds and national and provincial parks.

There are no border closures or checkpoints; however, officials are advising against non-essential travel in or out of the province.

Camping at some Parks Canada sites – including Banff National Park and Jasper National Park – resumed on 22 June, but only to those with an existing reservation, Lonely Planet reports.

Parks Canada will gradually begin to accept new online reservations for some campgrounds over the coming weeks. Due to current travel restrictions, existing reservations from international visitors up until 7 August – including travellers from the United States – will be cancelled and automatically refunded.

Holidaymakers are advised to visit individual Parks Canada websites to find out which camping services are available.

British Columbia is advising people to avoid non-essential travel both within and outside the province.

BC is still recommending that all non-essential travel beyond its border with Alberta be avoided. The province’s borders with the Yukon and Northwest Territories are also restricted to essential travel only and some highways are closed.

Earlier in June, BC Parks reopened most provincial campgrounds and back-country camping. Hotels and resorts are expected to follow.

Non-essential travel is also prohibited into Haida Gwaii, a collection of 150 islands about 90km (56mi) west of the province’s north coast.

Residents can now travel directly to cottages, campgrounds and parks north of the 53rd parallel. Officials ask Manitobans to avoid going into local or First Nations communities, and to follow physical distancing protocols if travel to such areas is unavoidable.

Travellers coming to Manitoba from outside the province are currently required to self-isolate for 14 days.

New Brunswick has banned all “unnecessary” travel into the province. Law enforcement officers screen travellers at the border, and can refuse entry.

Anyone who has travelled outside New Brunswick is required to self-isolate for 14 days upon re-entry.

Under Newfoundland and Labrador’s current regulations, all non-residents are prohibited from entering the province, except “in extenuating circumstances, as approved in advance by the chief medical officer of health”.

Residents returning to Newfoundland and Labrador from outside the province are required to self-isolate for 14 days.

Travel within the province is allowed, including to second homes, parks and campgrounds.

The province’s officials currently say no one within Canada requires permission to travel to Nova Scotia, but anyone who is entering the province must immediately self-isolate for 14 days upon arrival.

From 3 July there will be an “Atlantic bubble”, meaning that residents of the four Atlantic provinces (Nova Scotia, New Brunswick, Prince Edward Island and Newfoundland and Labrador) will be allowed to travel within the those provinces without the need to self-isolate.

Visitors from other Canadian provinces and territories must adhere to the local entry requirements in place in each of the four Atlantic provinces.

There are no formal rules on domestic travel restrictions, but Ontario officials strongly discourage non-essential trips. Those who do venture from home are asked to follow public health guidelines, including physical distancing. There are no border restrictions or self-isolation requirements for those visiting from other provinces or territories.

Short-term rentals – including lodges, cabins, cottages, homes and condominiums – were allowed to resume operations on 5 June.

PEI remains closed to non-residents, allowing only healthcare providers and essential workers to cross the Confederation Bridge into the province.

Residents who have travelled outside the province – either within Canada or internationally – are ordered to self-isolate for 14 days upon returning.

Quebec has removed police checkpoints aimed at limiting non-essential traffic throughout the province, but the government continues to urge people not to visit other regions.

While the province does not have a travel ban, residents are advised to limit any non-essential travel outside of Saskatchewan.

All three of Canada’s territories have had active public health orders prohibiting non-essential travel from the rest of Canada.

In Yukon, non-residents are allowed to travel through the territory en route to other destinations, and the border with British Columbia will reopen on 1 July. This means that the territory will not be included in the northern travel bubble comprised of the Northwest Territories and Nunavut.

Residents of Nunavut and NWT can now travel freely between the territories without having to self-isolate when they return.

Which international destinations can I visit?

Currently, the Canadian government advises its citizens to avoid non-essential travel outside the country until further notice.

Closed since mid-March, the Canadian-US border will remain shut to all “non-essential” travel until 21 July.

The agreement between the two neighbouring countries exempts the flow of trade and commerce, as well as temporary foreign workers and vital healthcare workers who work on one side of the border and live on the other. Tourist and cross-border visits remain prohibited.

While the border remains closed, Prime Minister Justin Trudeau announced earlier in June that restrictions would be loosened to allow family members separated by the border to reunite.