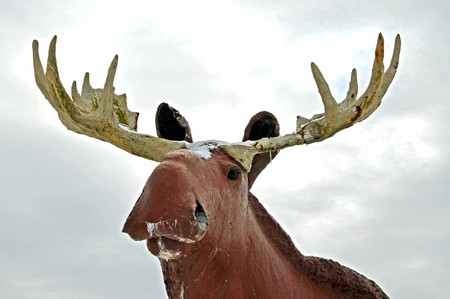 Only in Canada would there be a decades-old giant moose statue with its own fan base, a group known as “Friends of the Moose”!

Take a walk along Silver Sands Beach Park, in Cow Bay, Nova Scotia, and you’ll find the Cow Bay Moose, a giant 12-foot (3.6-meter) statue that has been a local favorite since it first appeared in 1959.

The moose was carved by the then-30-year-old folk artist, Winston Bronnum. Born in New Brunswick, Bronnum began his career in construction and worked on bridges and hydro dams, which would later be an asset when designing his giant statues. 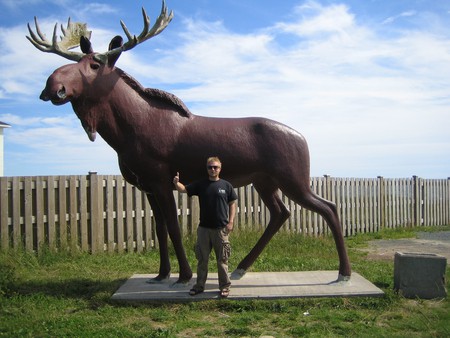 The Cow Bay Moose was the first, but definitely not the last, of his notable works. Today, you can find his art scattered along Canadian highways and roadsides, including Jumbo the Elephant in St. Thomas, Ontario, Maugerville Potato in Maugerville, New Brunswick, and The World’s Largest Lobster in Shediac, New Brunswick.

Locals take great pride in their moose, and Friends of the Moose have been raising money since the 1990s to finance his upkeep. He even underwent a makeover recently when local mural artist Lynda McConnell donated her time to repaint and return the statue to its former glory.

Next time you find yourself in Nova Scotia, make sure to take a trip out to Cow Bay to visit this local favorite. 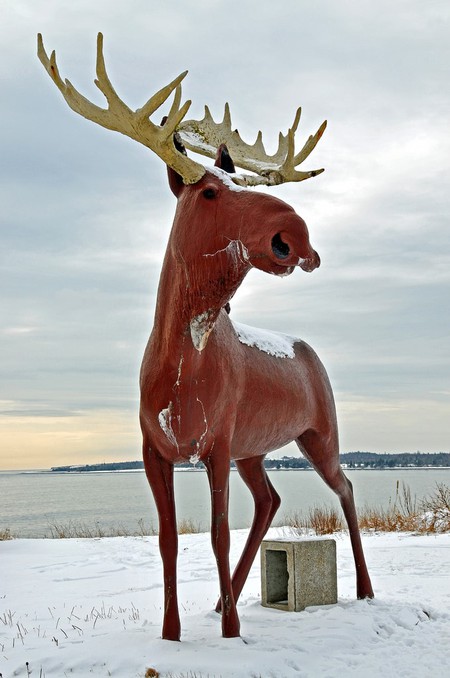