What To Know Before You Go to Toronto 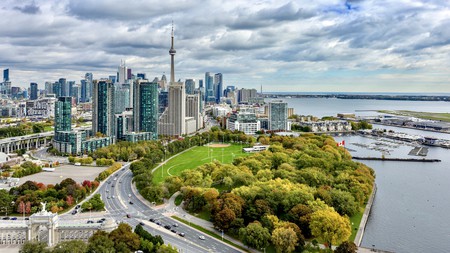 Toronto is an easy city to navigate, but there are a few things you should know before you go | © Safwat Ghabbour / Getty Images

Travelling to Toronto? Born and bred Torontonian Andrea Yu has a few tips and tricks to help you navigate the city with ease and get the best experience out of your time in the 416.

Toronto has developed its fair share of quirks and habits over the years. Whether it’s the nigh on sloppy way the city’s name is pronounced, or the few secret stores that sell booze after 9pm, adopting these local habits will help you find your way around.

Some of these tips revolve around drinking and entertainment, as the by-laws here differ greatly from Europe and Asia. Plus, we know that nightlife is one of the best ways to experience a city. Here are 10 things you should know before visiting Toronto. 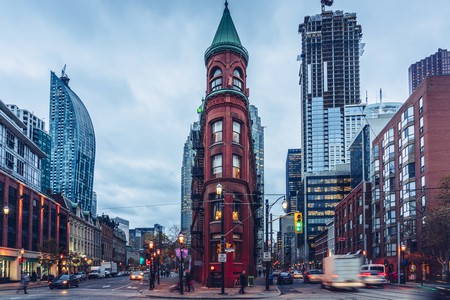 This softened pronunciation of the city’s name has become notable enough that it made it into the movie Argo (2012) when a group of American diplomats posed as Canadians. Stick around long enough and you might just adopt the city’s second evolution (and slightly over-the-top) pronunciation, which sounds something like ‘Churonno’.

If you’re planning on transferring from Line 2 to Line 1 or vice versa at Spadina Station, think again. While the transit map might indicate Spadina as a connection station, there’s actually a five-minute walk under a tunnel to get from one line to the other. You’re better off switching at St George Station, which you’ll notice most locals do.

Paying for your subway fare with cash? Make sure you grab a paper transfer as your proof of payment if you want to change from one form of transport to another. You’ll get them when paying cash on buses and streetcars, but at subway stations you’ll need to get one from a machine (they’re red, square and show the current time). Heed the wrath of the fare inspector and keep this transfer handy. It’s good for hops on and off, for up to two hours past the timestamp. 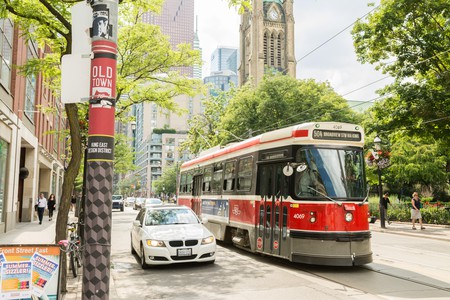 Drop the 6ix in conversation

If you’re a Drake fan, you’ll already be familiar with this Toronto nickname. Drake popularised the moniker as a nod to the six cities (Scarborough, North York, Etobicoke, York, East York and Toronto) which amalgamated to form the megacity of Toronto in 1998. The digit is also representative of the city’s two major area codes – 416 and 647 – but you’ll see the 6ix adopted across the city, from breweries to vape stores.

Don’t cause a ruckus while drinking in the park

While drinking in Toronto’s parks is officially illegal (the city is still catching up with provincial laws), you’ll find most downtown park dwellers drinking freely. If you want to be careful, pour your beverage into a glass or cup. But as long as your imbibing remains peaceful, you should be in the clear.

Rectangular yellow lights and Xs painted on the ground indicate a pedestrian crossing. Press the button and the lights will start flashing, alerting vehicles to stop and let you pass safely. Make sure that cars actually stop before you step out into the traffic. And if they don’t, you can point to the direction you want to walk in. 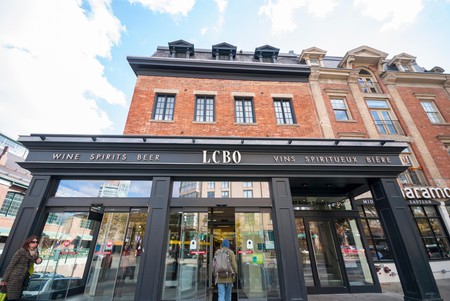 When and where to buy booze

Alcohol sales are heavily regulated in Ontario, so there are only a handful of places in each neighbourhood that sell alcohol – select grocery stores, the LCBO, the Wine Rack, the Beer Store and brewery bottle shops. The LCBO is where you’ll find the best selection, but also the most limited hours, with most closing at 9pm, although some locations will be open until 11pm, when all retail liquor sales must end. Make sure you time your purchases accordingly.

Last call is usually at 2am

Last call for alcohol in Ontario is 2am. But on about a dozen days, mostly in the summer, about 20 or so venues are granted late last call licenses until 4am. The dates usually coincide with a city-wide festivity like Pride, the Toronto International Film Festival or Canadian Music Week.

BYOF at the Rogers Centre

Catching a Blue Jays game is an iconic Toronto activity for anyone in town. But unlike most stadiums, the Rogers Centre lets you bring in outside food. That means packed lunches, bags of chips and cans of pop are game, but note that alcohol is still not allowed. People have walked in with full pizzas, buckets of KFC and whole rotisserie chickens before without any problem. And while you’re at the Rogers Centre, you might overhear it being called the SkyDome. That’s the building’s original name, prior to its purchase by a telecommunications company of the same name. 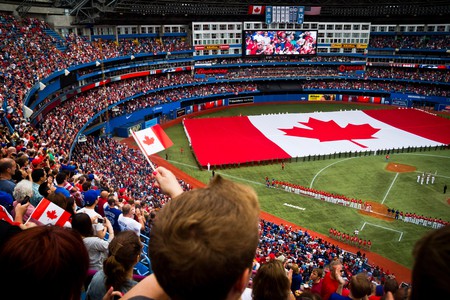 Mentions of The Path, especially when you’re in the downtown core, aren’t allusions to some spiritual journey of self-discovery. The Path is actually a subterranean network of walkways and plazas underneath the entire financial district. It’s an excellent place to duck into in case of inclement weather, although there isn’t much down there aside from food courts and chain boutiques. Steer clear of the Path during rush hour, when nine-to-fivers begin their commutes home, and don’t be surprised if you get lost quickly. The Path is notoriously challenging to navigate, so if you master the labyrinthine underground maze, you can officially call yourself a Turrunonian.