We The Norm: 23 of Norm Kelly’s Finest Tweets 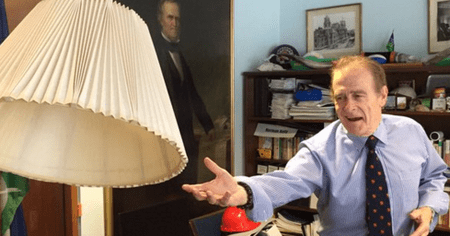 At first appearance, Norm Kelly may look like your average Canadian politician. Norm, however, is much more than that. As a Toronto city councillor, he keeps us in the City Hall loop through his popular Twitter feed. What makes Norm a true Toronto legend, however, is his interspersed commentary that marks him as a true comedic genius.

Having gained popularity on Twitter and Instagram, he’s adopted the term ‘6ix dad’ (whether he likes it or not), because, well, he’s just that. From the ‘We Are The Norm’ hoodies and toques (proceeds go to charity) to the gold chain necklaces with Norm’s face on them, he’s become quite the Toronto icon, and his Tweets are complete ‘dad humor’ gold. Here are 20 of our favorites in no apparent order. #WeloveyouNorm!

Who you know fresher than Pope, riddle me that
The rest of y'all know where I'm religiously at #PopeBars pic.twitter.com/aa1zx5mvPE

#IfIWonPowerball I'd buy all the crocs in the world. Then burn them.

Nice to see @Drake all dressed up for the #MMVAs. pic.twitter.com/Qmhgw0iS2s

If Wednesday was a food it would be the bottom portion of a muffin.

A sign of the apocalypse: Twins who aren't twins. pic.twitter.com/1pYNW8ZR1R

Pro-tip: Don't pop the collar on your golf shirt. Ever.

When you're searching for that fire mixtape. pic.twitter.com/amwv5hFgPc

The military must be pumped that camo is back in style.

Brunch is not over until you're full of regret.

Can’t find my mug. Last seen at City Hall. It’s black with a lion on it. If you have it, return it by 5pm or I'll hunt you down.

When your girl lets you take pics with her money. pic.twitter.com/I0NNUAMg0l

Don't be that person driving 10 below the limit in the left lane.

Pro-tip: Don't take your car through the car wash when's it's -23 outside.

For all the grammar vigilantes who came up from my last tweet. pic.twitter.com/riFtowy5FS

This is your reminder to NOT throw shade over the holidays. #BeMerry pic.twitter.com/VHOtd0ZE1p

Who wore it better? Me in the 1980's or @Drake at last night's @Raptors game. pic.twitter.com/XSWBgJJxML

Compiled by the Toronto Team at The Culture Trip