Unique Things You Can Do Only in Toronto 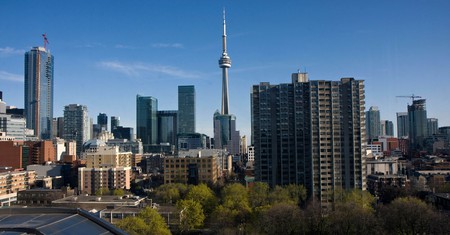 Whether you’re an out-of-towner looking to play sightseer or a local Torontonian ready to rediscover your city, these unique things to see and do showcase the best of the city. Each is far beyond the usual tourist tropes; they range from showstopping views to daredevil experiences and immersive art affairs.

There are things you have been told you must do in Toronto: eat poutine, snap a picture of the CN Tower and douse your breakfast in maple syrup. Those speak to a quintessential part of the city, yes, but the city also has a host of unique experiences you may be missing out on.

These exhibits range from the physical to the cultural to the visceral. You can now traverse the outside of the continent’s tallest building, or race your pals at Pursuit OCR’s tricycle race track. Spend all night soaking in Nuit Blanche’s extravagant art exhibits, or dance until dawn amidst literary stacks at Hush Hush, a late-night party for bibliophiles.

If you’re from Toronto, many of these experiences will make a case for re-exploring your home base, or at least act as a jumping-off point next time you have to play tour guide to an out-of-towner. Some are classic hidden gems, some are quirky, but all are well worth a visit. These are 14 of the most unique experiences in Toronto.

Get down with the ghoulish gals of The Diet Ghosts

The queens of Toronto’s underworld, The Diet Ghosts throw over-the-top performances with an occult edge. Lucinda Miu, Kitty Creature, Prince Johnny, Aura Nova and Lady Kunterpunt are the stars of the show and change the theme every month. Psychedelic Slumber Party, Swampwater Manor and Night of the Living Prom have all been past conceits. The price of admission is usually around 20–25 Canadian dollars, but you have to keep an eye on their Facebook to find where they will take place. 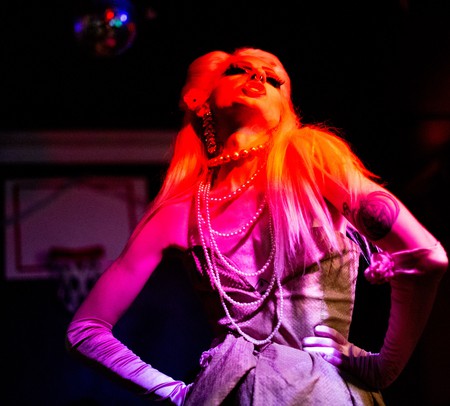 Get enveloped in an all-night arts party during Nuit Blanche

The art-fueled revelry isn’t limited to Power Ball: each September, Nuit Blanche envelops the city. It’s a larger-than-life, all-night art party that takes over the city’s streets for one night only. Spend from sundown to sunup wandering the six designated art areas and exploring over 50 free art projects. Exhibits run the gamut from the quiet to the excessive; past highlights include a massive floating balloon animal by Jeff Koons, a foam party in the middle of a square and a 50-foot (15-meter) inflated moon outside City Hall. The best plan of attack is to map out the must-see exhibits ahead of time – the festival spans the entirety of Downtown, and public transport will be running for free all night to allow attendees to flutter between areas with ease. 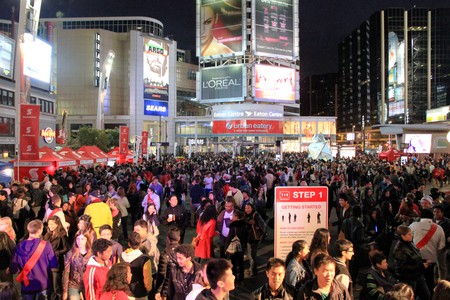 Calling all Houdinis! The Museum of Illusions is Toronto’s ode to the art of misconception. Holograms, life-size optical illusions and the wonderfully weird fill the walls and rooms of this Harborfront museum, making it a prime place to wait out the city’s often dreary weather. It has a particularly strong calling to the social media set: you can take a picture standing beside a seemingly shrunken friend, pose in tilted rooms and traverse through a swirling vortex tunnel.

Find the slipper that fits at the Bata Shoe Museum 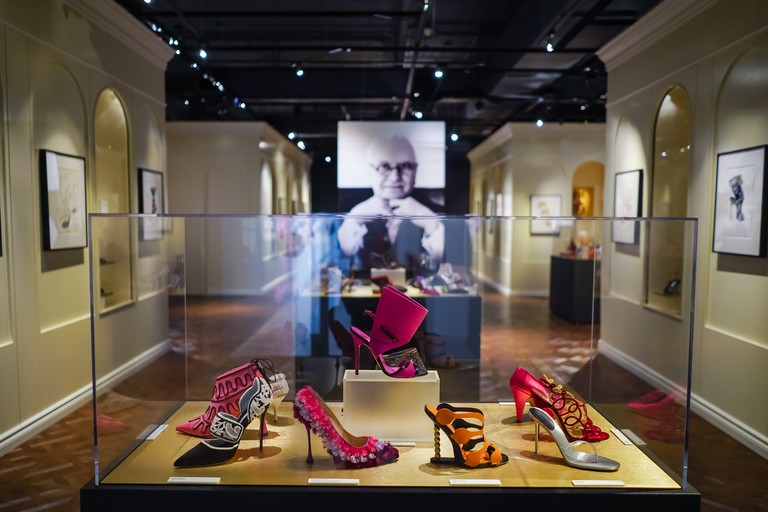 The Bata Shoe Museum’s permanent exhibit covers 4,500 years of footwear history | © picturelibrary / Alamy Stock Photo
Book Now
Did you know Toronto has an entire museum dedicated just to shoes? Inside the walls of the Bloor Street gallery (just steps from the Royal Ontario Museum, if you’re planning a museum crawl) lie over 10,000 shoes, spanning 4,500 years of history. The permanent collection covers continents and centuries, but the rotating exhibits are the real draw. Past exhibits have honored lauded designers from Manolo Blahnik to Roger Vivier, while a few years back, an entire exhibit was dedicated to the heel-wearing gentlemen of history.
Open In Google Maps
327 Bloor Street West, Old Toronto Toronto, Ontario, M5S 1W7, Canada
+14169797799
Visit Website
Give us feedback 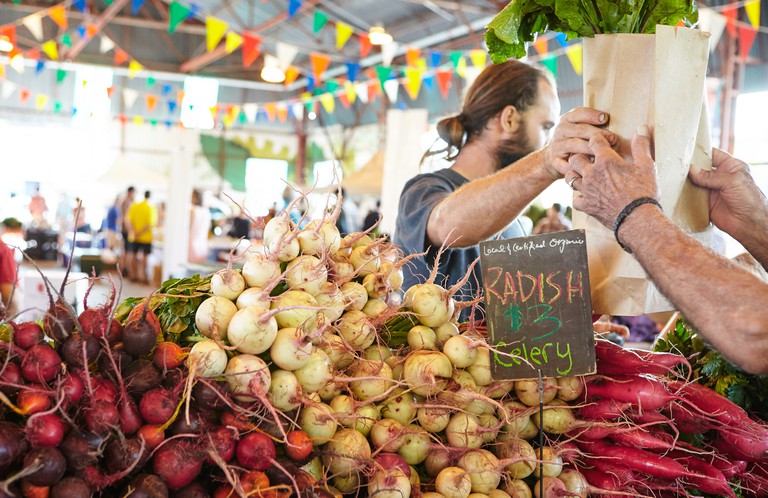 Once an operational brick factory, the Brick Works is now a creative and cultural hub for the city. The farmers’ market takes over the empty warehouses on the weekends, where vendors from around the province showcase produce and greenery. In the winter, a shimmering skating rink and outdoor firepit act as a nature retreat without ever needing to leave the city. In the summer, grab lunch at one of the food trucks before working it off by hiking through the area’s rolling hills and forest paths. Though the area feels like a nature retreat, it’s easily accessible by bus from Sherbourne Station or by catching the train down from Rosedale.

Party in an art exhibition at The Power Plant gallery

Meet Toronto’s most notorious art party. Expect utter bacchanalia as The Power Plant gallery calls in a host of collaborators to throw the much-anticipated fete: luxury fashion house Max Mara plays co-host, and past feature artists include Lorna Mills, Jennifer Rubell and Ryan McNamara. Dress your best (attire is cocktail with a creative lean), grab a drink and wander through the site-specific works – past exhibits include an edible octopus chandelier, a field of ball pits and a building-sized kitten hologram.

Bite Beauty’s Lip Lab is a wonderland for make-up junkies. The Canadian-born-and-bred beauty brand invites guests to sit down with their lipstick artists to build an entirely bespoke lipstick completely from scratch. Start with a naturally made oil and bases (everything is food-grade), then pick from over 200 colour pigments. To finish off, select from a range of finishes and flavors, and voila – your perfect lipstick. Order a latte or a glass of vino from Terroni to get the creative juices flowing.

Book Now
Yayoi Kusama’s travelling exhibition got so much love from Torontonians that donors banded together to shift the famed Japanese artist’s exhibit to the museum’s permanent collection. Visitors are given a minute to explore the room, which is covered with mirrors and crowned by chandeliers of mirrored baubles. It’s visually and viscerally beautiful, giving visitors an otherworldly experience. Be sure to save a few seconds of your visit to document your experience; the shimmering silver walls have been Instagrammed to no end.
Open In Google Maps
317 Dundas Street West, Old Toronto Toronto, Ontario, M5T 1G4, Canada
+14169796648
Visit Website
Give us feedback

Shop, Store
Facebook
Email
Twitter
Pinterest
Copy link
Share
Map View
Stephen Fowler’s bookshop is a beacon to bibliophiles – the Bloor West bookstore is packed to the ceiling with storied volumes. It’s a selection like no other, ranging from uncommon volumes to unexpected curios. But the real draw is the biblio-mat: for three dollars, the custom-built vending machine will dispense you a surprise book. Completing the scene are medical drawings that line the walls and a stuffed crow that sits on top of an antique typewriter.
Open In Google Maps
1067 Bloor Street West, Old Toronto Toronto, Ontario, M6H 1M5, Canada
+14165312123
Visit Website
Give us feedback 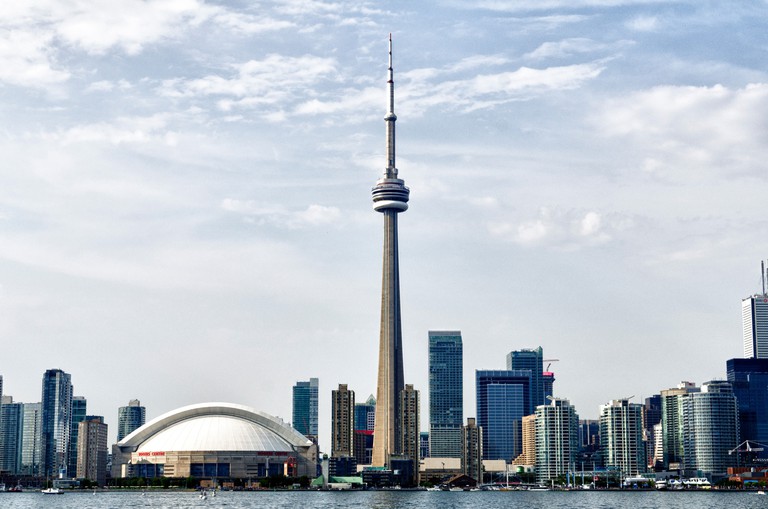 Enjoy stunning views of Toronto's skyline | © Syed Dawud Shahidi / Alamy Stock Photo
Book Now
Built in 1976, the CN Tower – formerly the world’s tallest free-standing structure, now merely the tallest in the continent – has become a signature of the city’s skyline. While booking a reservation at 360 The Restaurant on the observation deck is well worth it, step to the other side of the glass for the real views. The EdgeWalk is the world’s highest hands-free walk, at over 1168 feet (356 meters) above the ground. Visitors are strapped into a jumpsuit and harness and walked out on the top of the observation deck, where they can strut a 360-degree circle of the tower.
Open In Google Maps
290 Bremner Boulevard, Old Toronto Toronto, Ontario, M5V 3L9, Canada
+14168686937
Visit Website
Give us feedback

Dance, read and repeat with Hush Hush at the Toronto Reference Library

Every October, Hush Hush takes over the Toronto Reference Library for an over-the-top party in the stacks. This isn’t the library of your academia days; revellers and bibliophiles alike can get down between the works of literary greats while snacking on food and libations from some of the city’s top purveyors. Raise a glass knowing you’re supporting a good cause: proceeds go towards supporting libraries and library programming across the city.

Shoot and score at the Hockey Hall of Fame 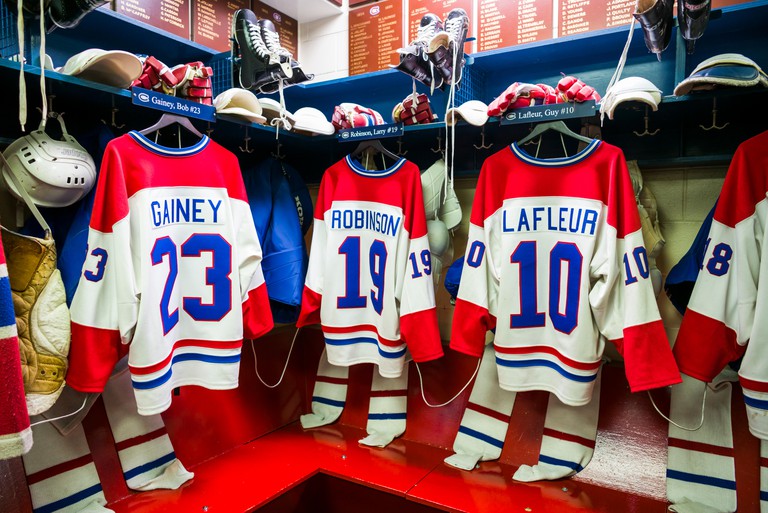 © Danita Delimont / Alamy Stock Photo
Book Now
You probably don’t need to be told this, but Canada is a hockey country. Just step out into the city when a Leafs game is in progress: each goal will be accompanied by car horns sounding across the city. At the heart of hockey culture is the Hockey Hall of Fame. The museum documents banner moments in Canadian hockey history, from full biographies on past hockey heroes to the pièce de résistance, the Stanley Cup. After soaking in the history, have a go at the big leagues yourself in the immersive NHL Zone. Take a seat in a replica Canadiens dressing room or take a shot on a simulation of goaltender Ed Belfour.
Open In Google Maps
30 Yonge Street, Old Toronto Toronto, Ontario, M5E 1X8, Canada
+14163607765
Visit Website
Give us feedback

Relive your playground days with a workout like no other! Pursuit OCR’s child-inspired indoor obstacle course will have you swimming through ball pits, racing on tricycles, scaling rope courses and slipping down a 20-foot (six-meter) slide. The huge space is lit with glow-in-the-dark lighting, seemingly ripped out of a Bladerunner flick. Bring your sneakers and play all day – it’s just 20 dollars for a day pass. 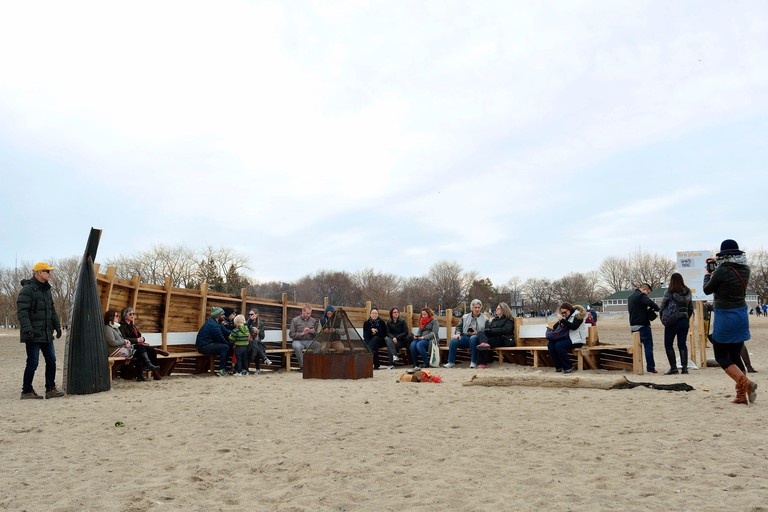 Each year, the city calls out to established and budding artists and architects for the Winter Stations design competition, an initiative established to draw visitors to Woodbine Beach in the off-season. The six winning artists take over each of the lifeguard stands and turn them into utterly unique temporal art exhibits. Exhibits range from the visceral – like a cavalcade of 10-foot-high butterflies – to the poignant, such as a life-size ‘border’ wall with a connecting bridge, created in response to Donald Trump’s immigration policies. They are entirely free to explore, but come prepared with mittens and hot chocolate.