Toronto has finally come into its own — the largest city in Canada has shaken its ‘mini New York‘ title and is now receiving the international recognition it deserves. Boasting a kaleidoscope of cultures, Toronto’s diversity allows visitors to feel as if they’re traveling the world when they pass through the city’s diverse neighborhoods. From boutiques to art galleries, read these locals’ guide to experiencing Toronto by bike. 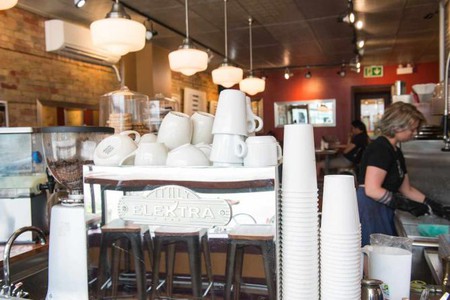 Toronto runs on coffee. Walk into any one of the city’s many espresso bars and you’re bound to find a sea of hipsters working on their laptops. This especially rings true in Leslieville, an area that has quickly emerged as the cool younger sister of Queen West. Known for it’s eclectic cafes, yoga studios and brunch spots, it’s the perfect place to start an east-to-west bike ride. Shop, walk, or stop for a break at Remarkable Bean, a locally-owned cafe offering fair trade organic coffee and house-made baked goods like sweet chili and cream cheese savoury muffins, carrot cake, and gluten-free brownies. 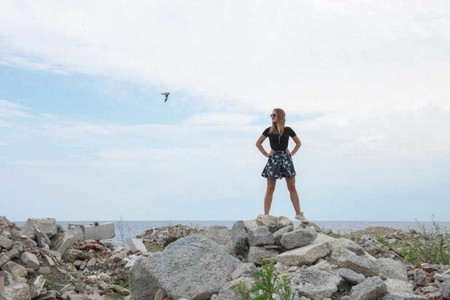 Located on the Leslie Street Spit peninsula, which extends five kilometers into Lake Ontario, Tommy Thompson Park offers a slice of wilderness in the concrete jungle. As one of the largest natural habitats for wildlife in the city, it’s not uncommon to spot bunnies, birds and coyotes along the trails. Bike to the tip and you’ll find piles of discarded rubble from the city’s development sites, which makes for a strangely post-apocalyptic photo-op. The trail downtown connects with a path leading to Cherry Beach, a busy spot in the summer for sunbathing and beach volleyball. 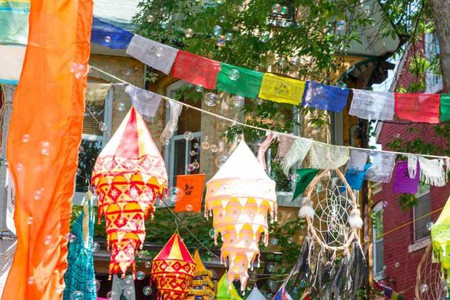 As one of the most multicultural cities on the planet, a trip to Toronto wouldn’t be complete without a visit to Kensington Market and Chinatown. Chaotic and colorful, the neighboring areas are full of bustling markets, buskers, and culinary delights, ranging from dim sum to empanadas. Shop for vintage pieces at Courage My Love, buy a custom print at Kid Icarus, and listen to some live music or poetry at one of the many bars. For a break from the busy streets, grab a coffee or tea at FIKA Café, a Swedish-inspired spot serving up brunch, teas, sandwiches, and pastries. 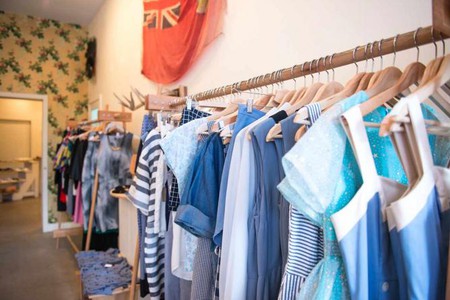 Gentrification has transformed what was once a strip of Vietnamese karaoke bars and auto repair shops into a bustling area known for its nightlife and shopping. While you can still get your Pho fix on Ossington, the blocks between Dundas and Queen are now home to some of the city’s coolest boutiques. From Victoire’s curated selection of predominantly Canadian designers to Crywolf Clothing’s silkscreened apparel and accessories, you can easily walk away with a few one-of-a-kind finds. For the consumer on a mission, more shops can be found on West Queen West, including Coal Miner’s Daughter, which specializes in Canadian designers and makers. 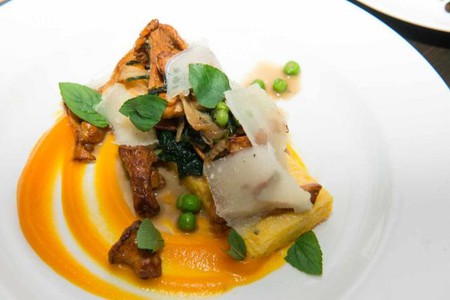 Toronto’s Little Italy on College Street West is a prime spot for dinner — the options are endless. Beyond pasta and pizza, you’ll find innovative restaurants that take Canadian-inspired cuisine to a new level by using local and seasonal ingredients. Take Woodlot, a restaurant and bakery offering separate meat and vegetarian menus with innovative dishes that get the wood-fire oven treatment. Vegetarians can skip the tofu and opt for something more interesting, such as wild chanterelle and cavalo nero fricasee with baked polenta, mushroom glaze, cinnamon, squash, and idiazabal cheese. For pasta lovers, the sourdough red fife chitarrini combines the perfect mixture of crème fraiche, summer greens, basil, parmesan and black walnut. With a wine list full of organic and chemical-free options, we paired our dinner with white wine from Beamsville Bench, a winery known for it’s a sustainable farming and beekeeping. 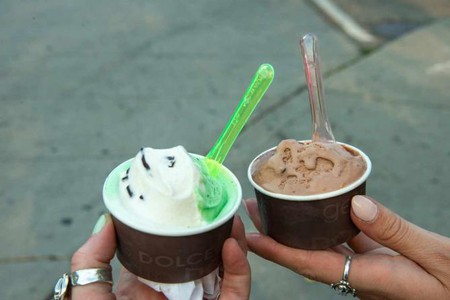 College Street also happens to be one of the best spots in the city to experience the laid back side of Toronto’s nightlife. With a balanced mixture of pubs, cafés, concert venues, record shops and martini bars, there’s really something for everyone. If you’re craving dessert, Dolce Gelato Café serves some of the best gelato in Little Italy, a perfectly sweet finish to a long day of biking.

By Julia Eskins and Aleyah Solomon

Julia Eskins is a Toronto-based journalist reporting on culture, art and fashion around the globe. She has visited over 20 countries, spent time living abroad in Berlin and Helsinki and recently co-founded her own publication, Here & There Magazine. Along with holding the position of Features Editor at FAJO Magazine, Julia contributes to notable publications including the Globe and Mail and appears as an on-camera travel and fashion expert on OutTV and MTV. After completing her Honours Bachelor of Journalism at Carleton University, she specialized in popular culture at Freie Universität Berlin. When she’s not writing, she can be found adding stamps to her passport, mileage to her running shoes and photos to her Instagram. You can also find her on Twitter and Facebook.

Aleyah Solomon is a fashion, documentary and conceptual photographer based in Toronto. After graduating from NSCAD University in 2008, Aleyah moved to Montreal and then to Toronto where she currently works as a freelance photographer. Aleyah is the co-founder and creative director/photographer of Here & There Magazine. When she’s not freelancing for clients and publications, she enjoys biking and exploring new places. Known to capture her adventures wherever she goes, Aleyah has travelled extensively in South America, Asia and Europe. You can find her on Twitter, Instagram and Facebook.