15 Tours To Explore Toronto by Bike, Boat and Other Means 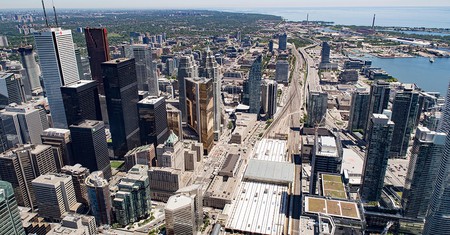 A chopper trip hovering around the peak of the CN Tower. Hidden swimming spots in Algonquin Provincial Park. A pint of craft beer and some melt-in-your-mouth Timbits at a hockey game. Unlock more during your stay in The Six by booking your ticket on one of these terrific Toronto tours.

Packed with attractions of its own and surrounded by a smorgasbord of natural wonders, Canada’s biggest city comes with an enormous to-do list, and sometimes it’s nice to let the experts do all the planning. From the tranquil waters of the Bruce Peninsula and the roaring falls of Niagara to the bottom of a wine bottle in Prince Edward County and the top of the CN Tower at sunset, these are the 15 Toronto tours you need to pencil into your itinerary.

Private walking tour with a local

Plenty of attractions in Toronto are obvious – the CN Tower, Casa Loma, St Lawrence Market – but others require a little local knowledge to unearth. This Toronto city tour introduces you to a passionate Torontonian eager to spill the secrets behind their city on a two-to-eight-hour walk that’s tailor-made for your tastes. Is beating the queue at the Ripley’s Aquarium of Canada possible? Where’s the cheapest place to buy groceries? Raptors tickets cost how much?! No question is too big or too small for your own personalized guide. 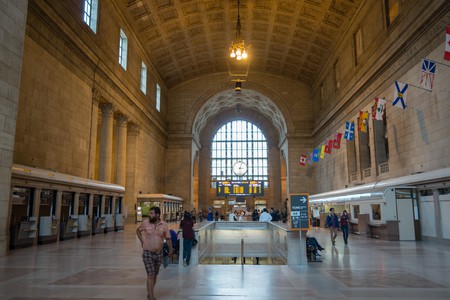 This tour is the perfect introduction to Toronto’s big-ticket items on two wheels. The 3.5-hour whistle-stop tour zips around every attraction you could possibly have on your Toronto to-do list – CN Tower, Kensington Market, Dundas Square, St Lawrence Market, the Harbourfront, Queen Street West, the Flatiron building, Union Station, Art Gallery of Ontario and loads more. It’s like a little sneak preview of the must-see sights before returning for a longer visit later during your stay in The Six.

If the whole “two wheels” thing is a sticking point, then jump on a Toronto bus tour instead. This hop-on, hop-off service covers 20 stops between the Distillery District and CN Tower in the south to Casa Loma in the north, rolling through some of Toronto’s coolest neighborhoods, hottest hotels and most exciting cultural attractions, with a live guide explaining everything along the way. The ticket gives you 48 hours of unlimited travel and comes with a free harbor cruise thrown in, which means you can really stuff a lot into your two-day itinerary. 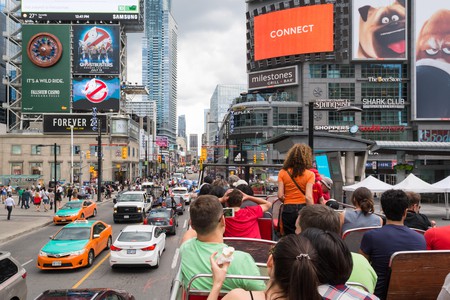 A hop-on, hop-off bus tour allows visitors to see a lot at their own pace | © Kay Roxby / Alamy Stock Photo

A chopper takes the idea of a city tour to new heights. This helicopter tour of Toronto is the most A-list way to see the sights of The Six, soaring around the tip of the CN Tower, above the sparkling harbor and on top of the city streets at a height of 2,000 feet (610 meters). Also, the chopper boasts large windows for an uninterrupted bird’s-eye view of the skyline below.

These mighty waterfalls roar so loud you can almost hear them from Toronto, and as it’s only a 90-minute drive around Lake Ontario, Niagara is well worth the day trip from the city. This experience is one of the top Niagara Falls tours from Toronto. It includes a cruise into the mist on a Hornblower ship in summer or a zoom up the Skylon Tower for a bird’s-eye view in the cooler months. You’ll also take a comfortable road trip along the scenic Niagara Parkway to see the floral clock and make a winery stop to taste Niagara’s legendary icewine – a sweet dessert wine made with grapes that are frozen on the vine. 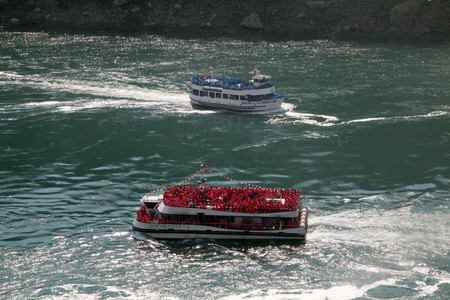 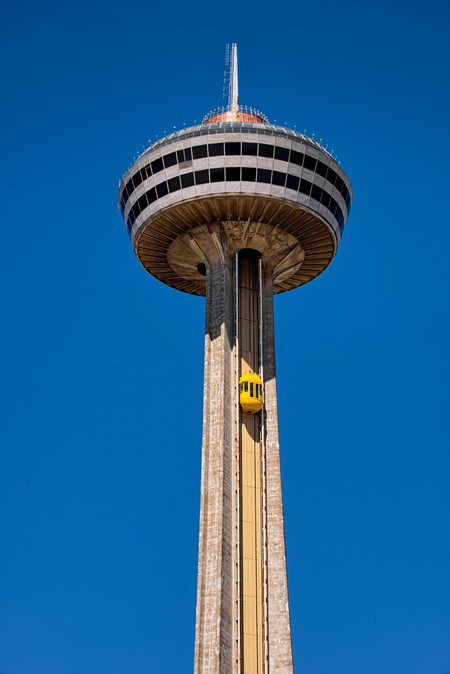 The grapes grown in Prince Edward County need a little more TLC than most. After the fruit is harvested each autumn, wineries “hill up” their vines (burying them under the limestone-rich soil to protect the plants from the bitter winter) before de-hilling them by hand in spring – a delicate process that is done nowhere else in Canada. All that extra effort produces an array of award-winning drops – particularly burgundy varietals like pinot noir and chardonnay – by 40 or so cutting-edge wineries, most of which have sprung up since the turn of the millennium. This full-day tour cherrypicks four of the best wineries along Lake Ontario and includes lunch and wine-tastings paired with charcuterie boards and cheese.

While the city’s residents are preparing for bed, Toronto’s spellbinding skyline is only waking up. The ‘Toronto’ sign lights up the fountain in Nathan Phillips Square. Casa Loma shimmers under the moonlight. The billboards of Yonge-Dundas Square glow extra-bright after dark, and the bars and nightclubs of the Entertainment District are warming up for the evening. However, the highlight is watching the sunset from the observation deck of the CN Tower, as well as the flashing hourly light show. 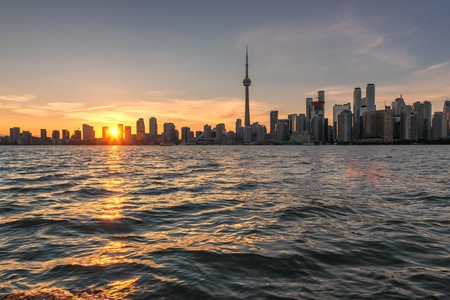 When it was built way back in the 1860s, Gooderham and Worts was the largest distillery in the British Empire. These days, this beautifully preserved collection of Victorian-era industrial architecture is occupied by upscale boutiques, stylish gift shops and mouthwatering artisanal treats, making the Distillery District one of Toronto’s most-visited landmarks. Stroll the scenic cobblestones on a one-hour tour with an expert guide and get a sweet sample from Soma Chocolate and a sip of craft beer at Mill Street Brewery. Cheers! 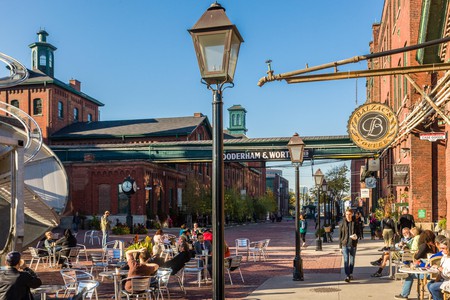 The Distillery Historic District in Toronto is a hotspot with cafés, restaurants, shops and art | © Lorne Chapman / Alamy Stock Photo

Toronto is fiercely proud of its multiculturalism. More than half of the city’s residents were born outside Canada, which means it is home to over 200 ethnic origins each infusing their own unique flavor – and nowhere is this more evident than the eclectic, colorful and downright weird Kensington Market and Chinatown district. Wander off the beaten path on this two-hour tour of the city’s coolest corner, which reveals the graffiti galleries, hip vintage stores, specialty coffee shops, ethical produce markets and the locals-only eateries you’d struggle to sniff out on your own. 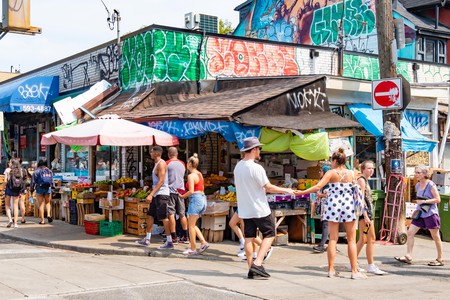 Toronto is in the middle of a craft beer revolution, with more than 30 breweries sprouting up across the city. And if your ability to navigate the indie brew scene wanes after a couple of pints, leave it to the beer geek leading this tour. Departing from downtown at 2pm, this four-hour pub crawl tells you how this humble beverage has helped Torontonians tackle fire, war, depression, cholera, rebellion and repression. You’ll visit two pubs and a micro-brewery, as well as make stops at the must-visit food and drink destinations of St Lawrence Market and the Distillery District. 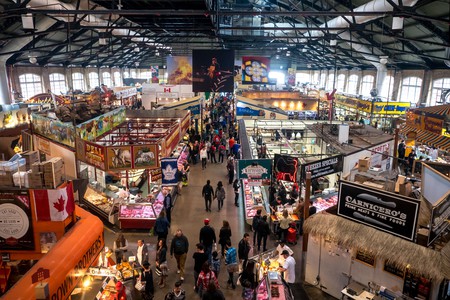 Hockey is as much a part of Canadian culture as poutine, buffalo plaid shirts and saying sorry at every opportunity. For the full hockey experience, this tour offers so much more than just a ticket to the game. Begin by sinking a pint in Liberty Village while your hockey-fanatic guide explains the rules of the game before heading to the Coliseum to see the Toronto Marlies – the Maple Leafs’ second-tier affiliate – in action. Finish the tour by munching on a few Timbits (fried doughnut balls) like the locals.

Algonquin might only be a three-hour drive from Toronto’s downtown skyscrapers, but it feels like another planet. The country’s oldest provincial park is the definition of pristine Canadian forest – imagine 2,934 square miles (7,600 square kilometers) of maple hills, craggy cliffs and serene lakes and streams, brimming with moose, trout and loons. Escape the city smog for a breath of mountain-fresh air on this full-day trip from Toronto, hiking the Oxtongue River-Ragged Falls Trail, then paddling and swimming in Canoe Lake, and finally conquering the Booth’s Rock Trail via an abandoned railway track. 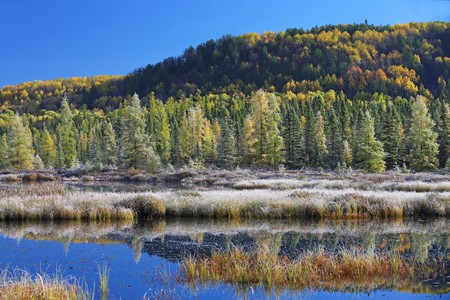 The haunting history of the Hockey Hall of Fame. The spooky disappearance of millionaire Ambrose Small. The ghosts that plague St Lawrence Market, the Mackenzie House and a string of paranormal theatres. Discover the dark side of Toronto on this spine-chilling 90-minute stroll through the city, where a professional storyteller brings these deathly stories to life. Scaredy-cats need not apply.

And the ghost stories don’t end in the city, with paranormal activity also casting a pall over Black Creek Pioneer Village 19mi (30km) north of downtown. As the sun sinks below the horizon, follow your guide’s lantern on this 75-minute wander through this spooky open-air heritage museum, which re-creates rural life in the 1860s. Tales of the infamous Woman in Yellow, the specters of Burwick House and the poltergeists that populate the cemetery will make your hair stand on end. 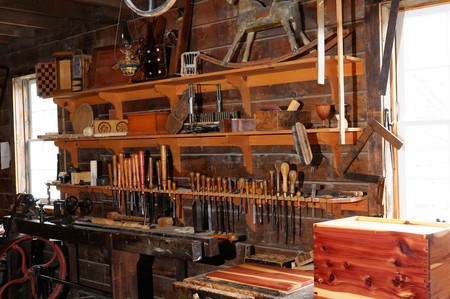 The Bruce Peninsula looks like a little slice of the Mediterranean dropped on Toronto’s doorstep, with its turquoise water, sandy beaches, rugged cliffs and pristine islands. This full-day bus tour from Toronto begins with a three-course lunch in Tobermory before a glass-bottom cruise of Little Tub Harbour ending at Flowerpot Island. The isle takes its name from the two towering sea stacks – or flowerpots. Here, you can spend the afternoon swimming and snorkeling before the return trip to the city.