A Guide to Street Art in Toronto 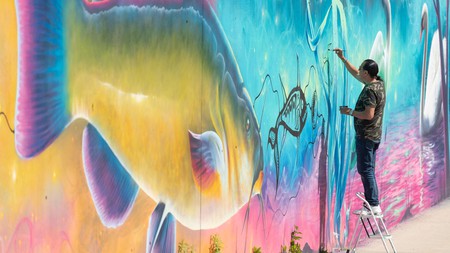 Toronto’s artists are forgoing canvases for cement and paintbrushes for spray paint, throwing blankets of color over the city’s neighborhoods. So, skip the galleries and head to these sky-high murals and street-side mosaics instead.

Once upon a time, street art was a synonym for vandalism. However, over the past few decades – thanks in part to Banksy, Jean-Michel Basquiat, Keith Haring and others – the craft is now seen in a new light. Toronto has a thriving street-art scene, reflecting just as much of the city’s vibrancy as the art galleries that line the streets. 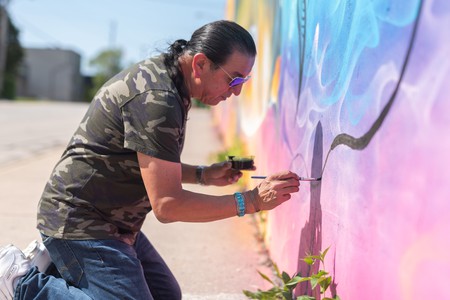 Artists in Toronto think beyond gallery walls and exhibition spaces. Murals large and small dot the city’s main thoroughfares and laneways, meaning much of the area’s best work can be seen without an entrance fee. Writers and painters scrawl visual narratives on the walls of alleyways, sidewalks and storefronts, with topics ranging from political statements to visual trips and panoramas inspired by the culture of the neighborhood. But no matter what shows up on the walls, expect the landscape to change regularly and fluidly. After all, permanence is never the plan for street art. 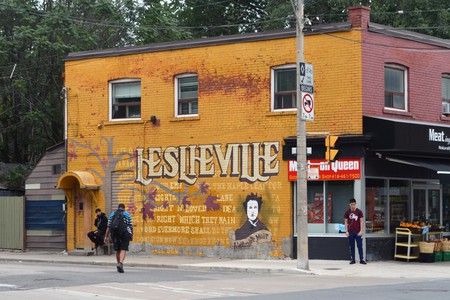 How to see Toronto’s street art

Whether you’re a walker or cyclist, a tour through Toronto will unveil a host of visual delights. Stroll through Kensington Market for a melange of murals, or hit Graffiti Alley, which more than lives up to its name. However, one of the best ways to see the city’s street art is to wander, letting your chosen route reveal a surprise or two along the way.

If you prefer a more structured approach to your sightseeing, StreetARToronto’s website is home to an interactive map. It lays out the street art in the city in an easy-to-use digital blueprint, outlining the artists and concepts behind each piece. Alternatively, let Tour Guys lead the way – the group runs a two-hour tour through some of the visual highlights of the street-art scene. 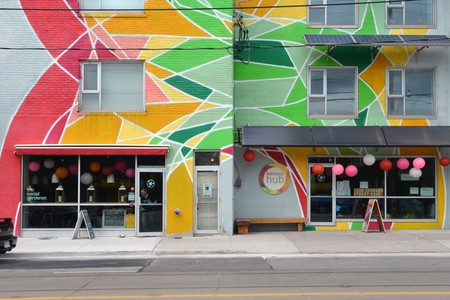 Where to find street art in Toronto

The aptly named alley is one of Toronto’s most celebrated street-art areas, evident from the crowds of tourists and the multitude of photoshoots and music videos that use it as a backdrop. Covering over 0.5mi (0.8km) of space south of Queen Street West between Spadina Avenue and Portland Street, the alley is brimming with mesmerizing murals from artists such as Skam and Uber5000. The latter is the artist behind Graffiti Alley’s Toronto Tribute, a multi-story ode to the city and a focal point of the alley. It includes a portrait of Gord Downie, former mayor Rob Ford riding a moose and, of course, a few of Toronto’s famed raccoons. 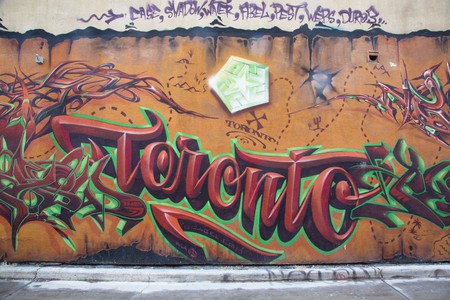 There’s no shortage of street art in this vibrant market district – a spray-painted car permanently decorates the main strip, after all. However, if you veer off the colorful main thoroughfare, you’ll be treated with a rainbow of murals from beloved street artists Kwest and Anser, among others.

Jesse Harris’s You’ve Changed mural (a project collaboration with Spectrum Art Projects and Cooper Cole Gallery that overlooks the busy strip) is one of the most documented pieces in the city, but the neighborhood is home to many other excellent works for those willing to wander. Stroll farther east on the street for Tom Dean’s This Is Paradise wall, a satirical piece outside the grunge haven of the Cameron House. 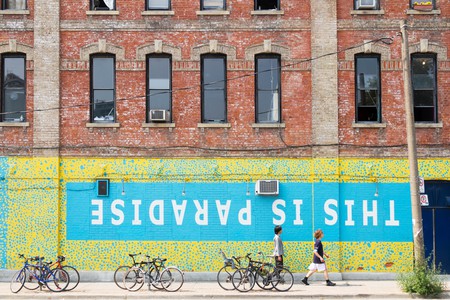 The laneway off the hip Ossington strip became a street-art destination in 2012 when Well and Good jumpstarted a beautification project here, banding together 20 artists from across the city and letting them loose on the garages of the laneway. Each garage shows off the work by a different artist – catch pieces by Lovebot and Li-Hill, as well as a few painted by talented local teens.

Though the pillars under the speeding Don Valley Parkway may not sound like a prime canvas, many Canadian artists have transformed the underpass with their lively street art. New murals go up regularly, and now, the highway’s posts feature everything from totem-pole paintings to portraits. 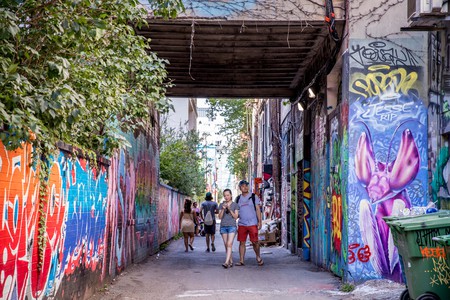 Lee’s Palace is a destination in itself – this music venue has hosted bands from Nirvana to Oasis. However, one of the defining points of the building is the massive mural by Alex “Al Runt” Currie that takes over the façade – a two-story scene of colorful, cosmic beings.

Each year, artists across Toronto compete for a commission to paint a series of the city’s traffic signal boxes. As a result, decked-out boxes now adorn street corners across the city. A stroll through Toronto will certainly unveil a few, but try and spot standout designs by Elicser, Paul Byron and Gary Taxali.