The Top 10 Pumpkin Beers You Should Try In Toronto, Canada

Toronto’s thriving bar scene has led to the city becoming an epicenter for craft beer lovers. Many beer-orientated events are hosted throughout the year within the city and the GTA. After another successful Toronto Beer Week, it’s apparent that very few things usher in fall quite like seasonal beers and pumpkin-flavored foods. Since autumn is officially here, sample these 10 pumpkin beers to get into the spirit of the season.

St-Ambroise Citrouille | Courtesy of Brassiere McAuslan
This seasonal ale from Montreal, Quebec won a gold medal in the 2011 Canadian Brewing Awards, and for good reason. If you’ve ever had one of St-Ambroise’s beers, you know you’re getting quality. Amber in color, the aroma is lightly sweet with a hint of those recognizable spices — nutmeg, cinnamon, clove, and allspice — that are used to make a traditional pumpkin pie. The beer tastes very similar to its aroma although sweet malt-like flavors become apparent. The beer is also very smooth and drinkable. Pleasingly spicy and not overwhelming, Citrouille is an overall good pumpkin ale that is easy to consume.

Brewery
Facebook
Email
Twitter
Pinterest
Copy link
Share
If you ever find yourself in Oakville, Ontario, it’s worth stopping at Trafalgar Brewing Co. to pick up their Pumpkin Ale. It’s a great beer, and it has a gold medal from the 2015 Ontario Brewing Awards to prove it. The smell of pumpkin, spice, and biscuits is mimicked in the taste, not to mention the taste of toffee and brown sugar, which helps to create an enjoyable sweetness. Make sure to call in advance though, as this beer is only available at the brewery’s retail store. 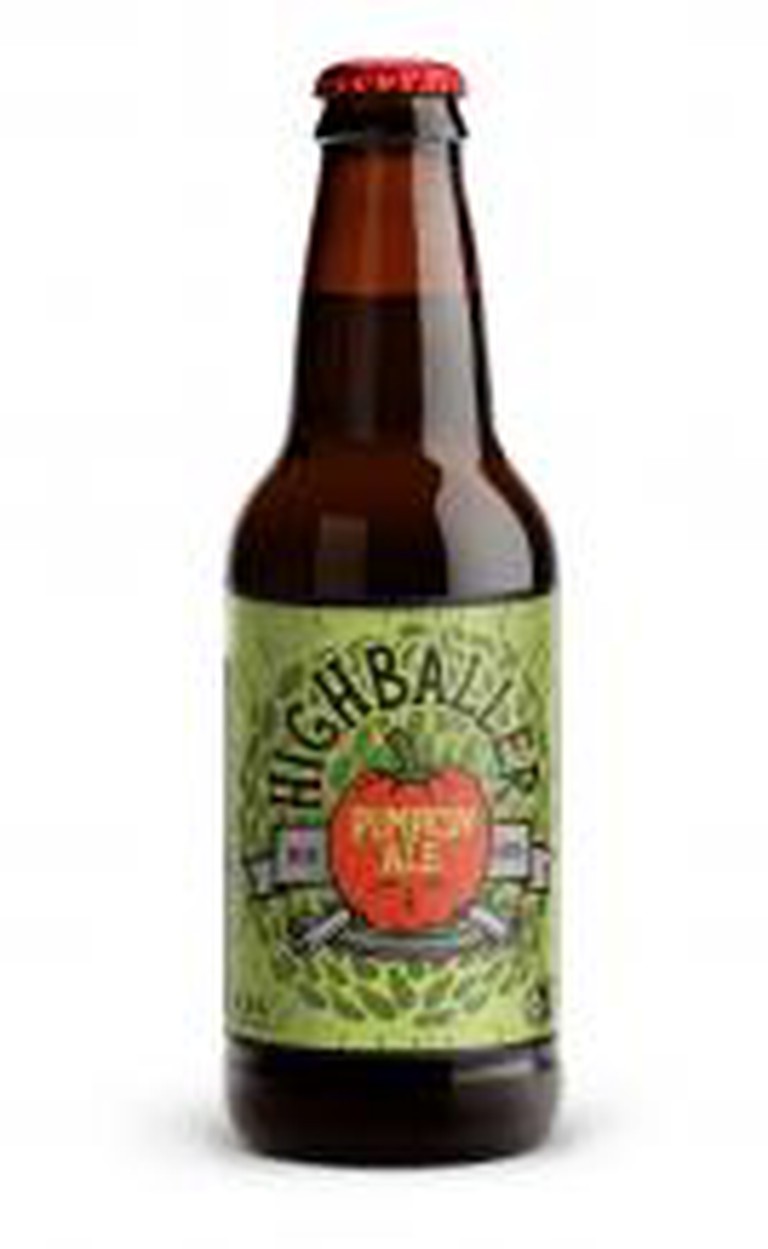 Highballer Pumpkin Ale | Courtesy of Grand River Brewery
This pumpkin ale was the most intriguing of the ones tasted, mostly because it doesn’t give the best first impression. Brewed at Grand River Brewery in Cambridge, Ontario, the beer smells overwhelmingly like pumpkin pie filling and cloves. Upon tasting, there is very little spiciness and the pie filling notes taste more like an earthy pumpkin. Hints of apple and barnyard dominate the taste. If it’s not love at first sip, try a few more before putting it down. The ‘harvest-y’ flavors create a very pleasant seasonal beer. This beer might not be for everyone, but it’s definitely worth a try.

Great Lakes Pumpkin Ale | Courtesy of Great Lakes Brewery
Great Lakes Brewery has become a staple in Etobicoke, winning the 2015 Best Brewery in Ontario award from Golden Tap. This beer is a great local contribution to the pumpkin ale game. It’s a rich orange color and smells nuttier and less sweet than a regular pumpkin pie. The spiciness is prevalent in the taste, with only hints of pumpkin surfacing. A roasted malt flavor adds a nice touch to the overall flavoring. The carbonation is also surprising, having the same consistency as a sparkling wine. Another easy-drinking pumpkin ale, the LCBO only sells 650ml bottles, so drink responsibly.

Not all pumpkin beers are exceptional, but it’s always good to support your local brewers, especially at such a historic site. Black Creek’s Pumpkin Ale hits your nose with strong spicy aromas, but don’t think that what you smell is different from what you taste. This beer tastes very strongly of cinnamon, nutmeg, burned pumpkin seeds, and vanilla, not to mention a slight sourness and light carbonation. Although it is not a standout pumpkin ale, it’s still a good reference for the different styles of pumpkin ales made in this city.

Mill Street Brewery was a go-to tourist destination in the trendy Distillery District in Toronto until its relocation to Scarborough in 2006. Their contribution to the pumpkin ale scene is cleverly titled Nightmare on Mill Street. Dark amber in appearance, vanilla and spice are the predominant aromas. This beer tastes like a very satisfying pumpkin pie. An undertone of yeast provides an enjoyable piecrust taste, while the finish is sweet and candy-like. The sweetness is modest enough to make this a smooth and light beer for easy consumption, especially for people who want to try an approachable seasonal beer.

Brewery
Facebook
Email
Twitter
Pinterest
Copy link
Share
More and more breweries are popping up in Ontario’s cottage country. Lake of Bays Brewing Co. in the Muskoka region is just one example. Their Wild North Pumpkin Ale was popular enough last year that they decided to bring it back again this fall. Copper in appearance, this beer’s aroma and flavor are influenced not only by spices and pumpkin but also by vanilla and hops. A slight hint of yeast creates a nice graham-cracker taste, and the beer finishes with nice notes of both nuttiness and caramel. Better get this one fast, as it’s only available for a limited time at certain Beer Stores in Toronto.

Weiss O’Lantern | Courtesy of Beau’s All Natural Brewing
Hailing from Vankeleek Hill, Ontario, which is just east of Ottawa, Beau’s Brewing Company has been very popular since its inception in 2006. Their ‘Lug-Tread’ beer has become an instant year-long favorite, but they are also known for their seasonal releases, with the Weiss O’Lantern being one option. The beer pours as a hazy dark golden color with immediate hints of pumpkin flesh, banana, and citrus in its aroma. Weiss beers are fruitier, which explains why orange seems to contribute to the clean taste in this beer. It takes a few sips before pumpkin is actually tasted. Hoppy but not overwhelming, this is definitely a unique pumpkin beer from an Ottawa Valley favorite.

Brewery
Facebook
Email
Twitter
Pinterest
Copy link
Share
It’s a shame that most pumpkin beers are created as ales. Nickel Brook Brewery’s Pissed off Pete’s Pumpkin Porter is an enticing example of the different possibilities for this seasonal flavor. Nickel Brook Brewing Co. is no stranger to bitter beers or to porters. This beer’s rich brown color emits the regular pumpkin and spice smells as well as mild coffee roast and chocolate. The creaminess of the taste delivers a nice roasted pumpkin flavor with a bit of hop bitterness, coffee, chocolate, dark fruit and spice. It is a great pumpkin beer choice for porter lovers.

Brewery
Facebook
Email
Twitter
Pinterest
Copy link
Share
This pumpkin ale will be hard to get your hands on. Boshkung Brewing Co. does a single batch of this seasonal favorite only for the month of October. The classic aromatic notes of pumpkin ale are subtle with a ginger note that both complements and brings out the other spices. All of these smells blend together to create a clean taste with a minor bitter finish. Head up to their retail store in Minden Hill, Ontario and grab yourself a growler.
Give us feedback