Toronto is the perfect breeding ground for local bands — with numerous bars and venues lining the streets and a population of locals that constantly crave diverse music, it’s hardly surprising that Toronto’s indie music scene has been hustling and bustling in the last few years. Here are five of the best that every Torontonian should know about. 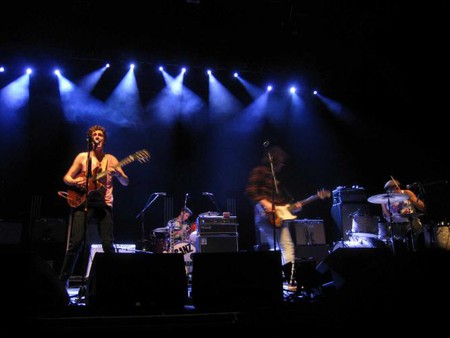 Born Ruffians could be considered one of the ‘big boys’ of the Toronto indie scene. Originally from Midland, Ontario, the band moved to Toronto in 2004 and have been steadily increasing in popularity. Their discography has progressed from impassioned wailings such as I Need a Life from their debut album Red, Yellow, and Blue to semi-dance numbers such as Permanent Hesitation from their latest release Birthmarks. Additionally, Born Ruffians have been known to be a part of many unique shows in the city. They’ve played a free show at Yonge-Dundas for NXNE, an acoustic performance featuring members Luke Lalonde and Mitch DeRosier at Tiny Record Shop for ‘Record Store Day,’ as well as three back-to-back ‘DJ sets’ at The Piston, which turned out to be an entire set filled with new songs from their upcoming album. It’s no wonder Toronto loves them.

Listen to: ‘Permanent Hesitation‘ & ‘We Made It‘ 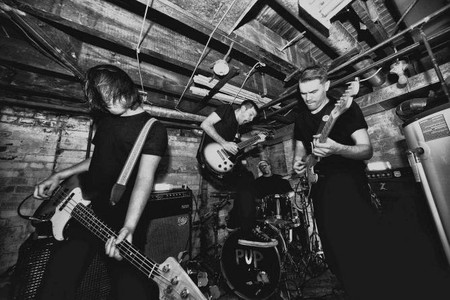 They’re unapologetically loud, and they don’t care if you love or hate their music. PUP, formerly known as Topanga, is a four-piece punk rock band that emerged to the scene in 2011 and released their self-titled debut album in 2013. The songs are anthemic without being too cheesy, and catchy without being too poppy. And to show their Canadian/Torontonian roots, they titled one of their songs Yukon, and another DVP — yes, that’s correct — the Don Valley Parkway. To make things even better, they typically close their sets with a Beastie Boys cover. Punk is certainly not dead. 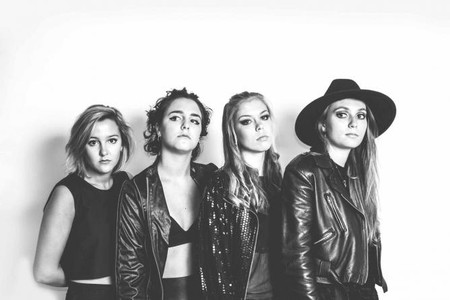 Founded in 2012, The Beaches is an all-female rock band named after the east end Toronto neighborhood where the members reside. The band’s sound is similar – albeit, a bit tamer – to that of feminist punk bands associated with the Riot grrrl movement, but is still mainstream enough to cite HAIM as an influence. They may not be quite as angry, but they certainly have the spunk to make up for it. Their most recent EP Heights, released in 2014, already shows a more mature melodic progression than their 2013 self-titled debut. Fun fact: these girls are barely past the age of 18. 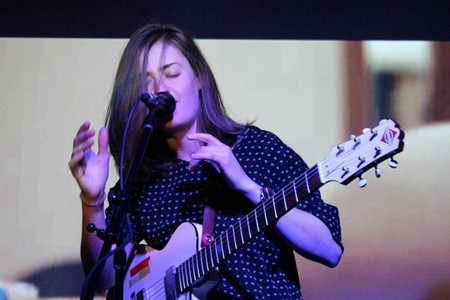 DIANA is a collaboration between local musicians Joseph Shabason, Kieran Adams and Carmen Elle. Shabason and Adams got their start as members of Everything All the Time, and Elle was shredding guitar for the two-piece band Army Girls. When the former broke up, Shabason and Adams devoted their time experimenting with new pop-synth sounds and invited Elle to sing. Initially intended as a single studio project, the popularity of their songs have inspired them to continue onward as a band. DIANA’s sound is cool, smooth, and seductive. Elle’s whispering vocals are reminiscent of 80’s pop music, which matches perfectly with the romantic and vulnerable lyrics, and you can even find a few saxophone solos included in their songs. As a testament to their musicianship, DIANA’s 2014 NXNE sets showcased the band improvising their album in two ways: the first night as an ethereal, ambient wonderland and the second night as a techno, house infusion. 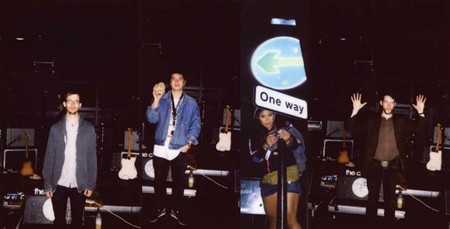 Hooded Fang emerged into the Toronto indie scene in 2007 as a six-piece band that wielded unconventional instruments such as the trumpet, trombone and the glockenspiel, and featured both a male and female vocalist. This led to sun-kissed pop melodies that drew comparisons to Broken Social Scene. Over the years, the band dropped the extra instrumentation and vocalist, and opted for a discordant surf rock sound driven by twangy guitars akin to The Drums. Their latest album Gravez, released in 2013, is a reflection of the change. And yes, their name is a reference to the Jacob Two-Two series.