The Best Things To Do and See in Montreal, Canada 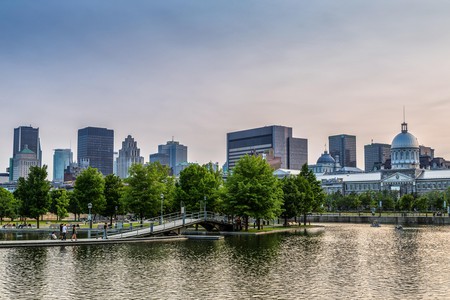 A European-like city perched on the banks of the St. Lawrence River, Montreal provides cultural riches and outdoor experiences for visitors and locals alike.

Montreal is just as well known for its sprawling green spaces – attributable to famed landscape architect Frederick Law Olmsted – as it is for its boundary-pushing cuisine, art and culture.

Here are Culture Trip’s favorite things to do in this international Canadian hotspot.

The Plateau neighborhood, with its brightly painted houses, began as a bourgeois place to live. These days, it has more of an artistic vibe. The historic homes throughout Plateau lend themselves to the area’s creative feel. Better yet, it’s an ideal walking neighborhood, full of cafés, restaurants and bookshops. And while the nearby Mile End neighborhood has long since assumed the title of the coolest vibe in Montreal, the Plateau is full of green spaces, beautiful homes and a really pleasant atmosphere. Plus, it’s where iconic Canadian band Arcade Fire first made their start.

Tour the city by bike

As locals will confirm, Montreal is very much a bike-friendly city. Cars are accommodating, bike lanes are plentiful and the terrain is relatively flat. But if you’re not comfortable venturing out on your own by bike, you can take one of Spade & Palacio’s ‘non-touristy’ bike tours throughout the city. Curated tours involve small groups with a guide, and for under $100 (US$73), you get a bike, helmet, four-hour tour and lunch. Tours are geared toward specific interests, like culinary tours or street-art viewing, and larger groups can arrange for private experiences, too. 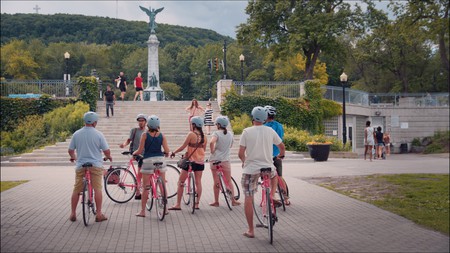 Eat your way through the markets

It’s difficult to describe the vibrant, bountiful market culture of Montreal to an outsider. So the best way to experience them is to eat your way through as many as possible. While Jean-Talon Market has captured the hearts of Montrealers and visitors alike for many years (and is still very much worth the visit), this iconic market now has some stiff competition. Atwater Market, much of which is outdoors, is an ode to Art Deco. It’s also next to the Lachine Canal bike path, making it a great stop on a longer adventure. Maisonneuve Market, meanwhile, opened in 1910 and is a must-visit for the culinary-minded. Maisonneuve may be smaller in stature, but it is frequented by locals who consider it to have some of the best eats in the city. 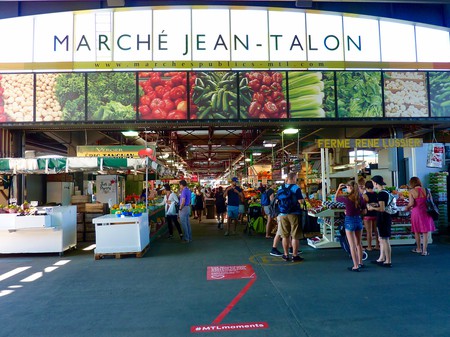 Take in some street art

In Montreal, murals are the name of the art game. Local Montreal graffiti artists like Roadsworth, Omen, Chris Dyer, the HVW8 and Bonar have contributed to a lively art scene and have their artwork displayed on the sides of buildings throughout the city. If you see one piece during your time in Montreal, it should be the portrait of the city’s beloved native son Leonard Cohen, the singer-songwriter perhaps best known for penning the song ‘Hallelujah’. The massive tribute was commissioned by the city from the artist MU. Several companies throughout the city, like Spade & Palacio, organize street-mural tours for interested visitors. Additionally, Montreal hosts two annual graffiti festivals, both of which take place during the summer months. 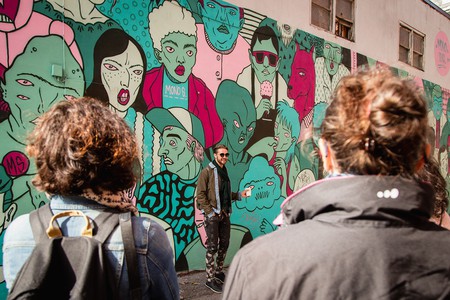 See it all from the water

If you really want to see the city properly, do it from the St. Lawrence. Le Bateau-Mouche at the Old Port of Montreal offers a variety of guided boat trips, including dinner cruises, sunset cruises and short daytime rides. It’s the best way to catch a glimpse of the Old Port and its stunning limestone façades. Rates begin around $30 (US$22) per person.

Make it a museum day

The Montreal Museum of Fine Arts is a world-renowned museum with rotating exhibits that offer a look at the history of art. The museum’s scope is broad, representing work from multiple time periods and countries. One recent exhibit traced the history of mummification in ancient Egypt and utilized computer-generated images to project the insides of a handful of actual mummies, so visitors can see what the bodies actually look like under all those wraps. Admission costs between $16 (US$11.65) and $24 (US$17.50), not including special exhibits, which sometimes charge an additional fee. 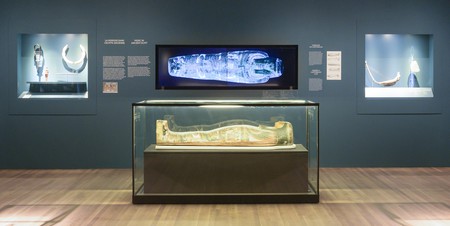 Get a live look under wraps. | Courtesy of The Montréal Museum of Fine Arts

See the sunset on top of the world

At the top of Place Ville Marie, an office and shopping complex, Les Enfants Terribles is a great place to head to for drinks or dinner. Plan your visit around sunset, as you’re practically guaranteed an unobstructed view of the sun sinking down under the horizon. The dining room has wrap-around windows, offering a view from every angle, while the outdoor observatory is an equally excellent place to enjoy a sundowner.

For a big city, Montreal has a surprising number of green spaces, which were built into the city’s planning by Olmstead and are, to this day, well worth a visit. And while Mont Royal is perhaps the city’s most famous park, Parc Angrignon, in the city’s southern end, has some of the finest English gardens outside of England. In winter, visitors can cross-country ski, sled and more in this wide-open space. 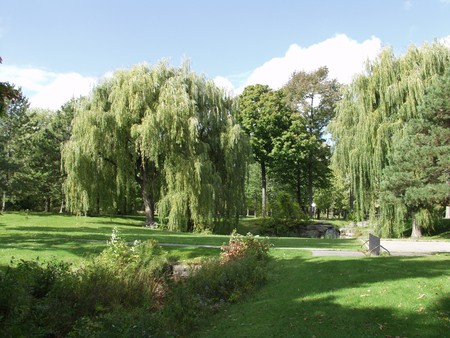 It’s no real secret that Montreal takes spas and relaxation very seriously. The city has a reputation for some of the finest, most relaxing spas in the world. If you’re planning to visit only one, though, make it Bota Bota, a year-round spa located on a boat anchored in the St. Lawrence. Once inside, you will forget everything about city life, apart from the perfect blue vista afforded from the boat’s many windows. 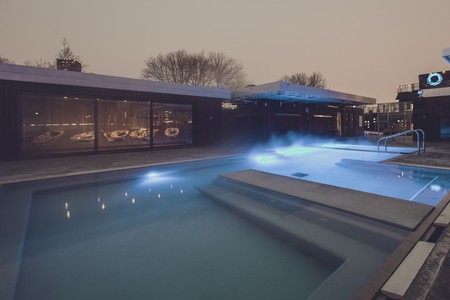 Check out the cathedral

At the Cathedrale Marie-Reine-du-Monde, a small basilica in the heart of the city that was completed in the late 1800s, visitors can view the architecturally inspiring ciborium, an altar fashioned of ornate, twisting columns. The cathedral’s domed ceiling is also a true thing of beauty. This is a small and manageable cathedral, perfect for those who want a quick look without delving too far into the depths of church history. 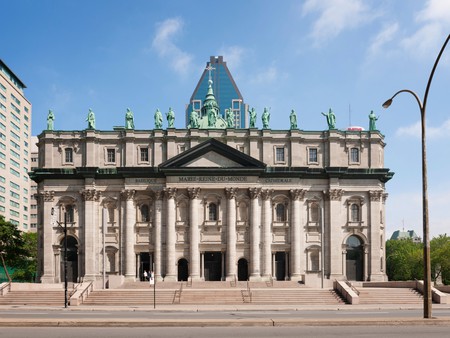 At the peak of Mont Royal, the mountain after which this great city is named, is the awe-inspiring church of St. Joseph’s Oratory. It is set high above the road with 100 stone steps leading up to the main hall; devoted pilgrims pray on each one. Words can barely describe the beauty of the church, with high-reaching stone walls and golden light. There is even a stack of walking sticks, said to have been left behind by those who’ve been healed by Saint Joseph. The views of Montreal from here are breathtaking, making it an easy place to spend hours upon hours.

Montreal has a strong Jewish community, with many Jewish people having fled to Canada and America from Europe during the early 20th century. This beautiful and moving museum was founded by Holocaust survivors as well as by committed members of the Jewish community in Montreal in 1979. Through respectful and informative exhibitions and numerous real-life testimonies, visitors learn in detail how the lives of Jewish people and their place in society changed over time in Canada. The staff are kind and very willing to share their own stories and personal connections to the museum.

Marvel at the Montreal Symphony Orchestra

Don’t miss out on the chance to listen to beautiful and seamless music played by one of Canada’s favorite ensembles in a stunning music hall, built especially for the orchestra. The acoustics in the new building make this a magical experience, especially when the orchestra plays to more unusual themes, such as the music from Star Wars. The passion within these walls makes classical music accessible to all. 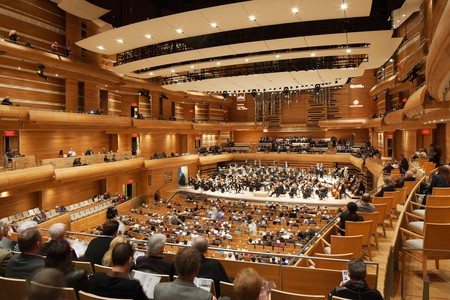 Stroll through the Montreal Botanical Garden

One of the largest and most beautiful botanical gardens in the world and a quiet haven right in the middle of the hectic city, the Montreal Botanical Garden is a magical getaway. Designed by the National Historic Site of Canada in 2008, the enticing green space stretches out for what looks like miles on end. Go ahead and lose yourself in the maze of beautiful plants, themed gardens and tropical greenhouses. Gaze in wonder at the hedges trimmed to resemble all members of the animal kingdom, and the diversity and the bursts of color. This is a truly spectacular way to spend a glorious summer day in Montreal. 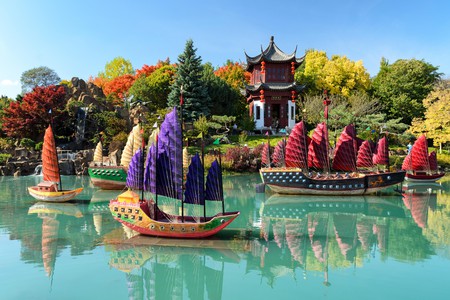 This stunning cathedral in Montreal yields unparalleled beauty. The altar is magnificent and is a real focal point of the entire church. The interior is unusually atmospheric, with dark blue ceilings and walls adorned with golden stars and wonderful religious artwork lining the walls. There are frequent free tours for those who wish to learn about the history of the church and its place in Quebec and hear some fascinating anecdotes. Visit this cathedral and be prepared to be blown away. 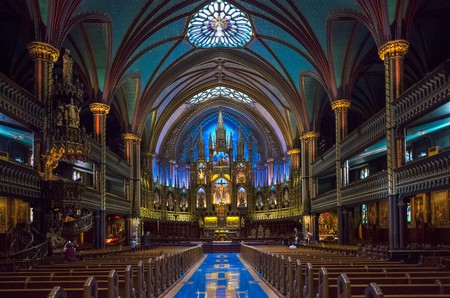 All kinds of birds, mammals, fish and insects, as well as huge diversity of plant life, can be found under one roof at Montreal Biodome. In fact, there are over 4,500 animals waiting to be discovered. Five different ecosystems are carefully maintained here, four from the Americas and, more compelling yet, one from the Antarctic. Visitors can benefit from an excellent tour, delivered by knowledgeable guides, and can expect to learn vast amounts about the different species of animals in the dome. 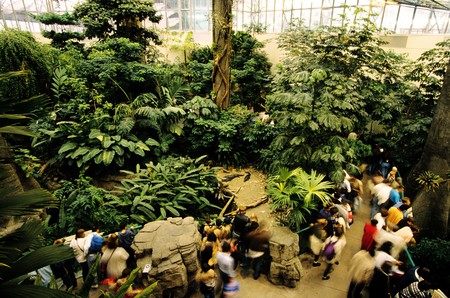 Take a trip to the Insectarium of Montreal

Take some time to watch these delicate and fascinating creatures slowly sense their surroundings and weave their way through their little worlds. The Insectarium of Montreal is considered a leading museum focused on insects, a reputation it definitely deserves. This place is a celebration not only of biodiversity but of the resourcefulness and beauty of some of the tiniest creatures on Earth. There are impressive displays of butterflies from all over the world as well as living specimens, and you can watch the ants build entire civilizations and learn about the life cycles of centipedes and other insects.

This is a version of an original article by Rachel Dickenson.