An Introduction to Canadian Children's Writer Robert Munsch Through 10 Books

Though he was born in Pennsylvania, Robert Munsch is considered a legendary Canadian figure in the children’s literary world. Munsch is looked up to by children, both new and old. For a good ole throwback, here are some of your favorite books that will have you feeling very nostalgic — and may even require a trip to the library after! 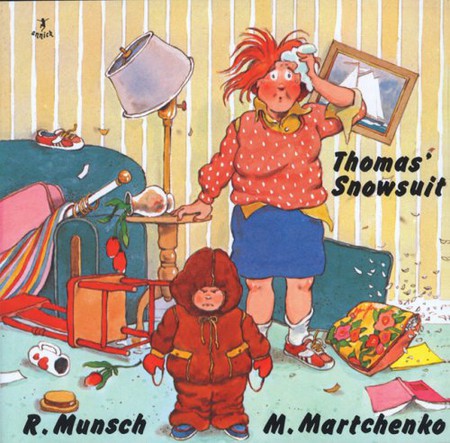 Canadian children can relate very well to Thomas’ Snowsuit — having to wear a snowsuit. The struggle is real when you have to wear possibly ‘the ugliest thing [you] have ever seen in [your] life!’, and parents know exactly what it is like to have to force their child to put it on to risk freezing in those cold Canadian winters. The only solution to avoiding snowsuits forever is to pack up and move to Arizona. 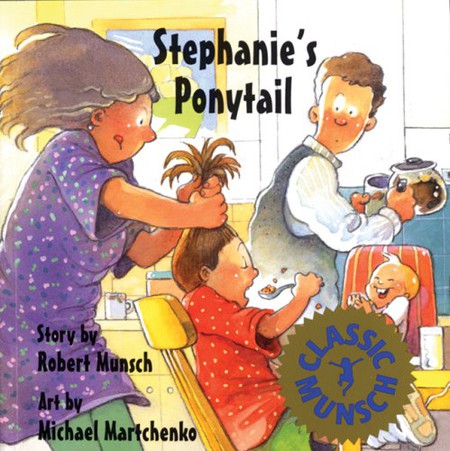 It is the perfect depiction of how fast trends spread in elementary school — and also how everyone starts off hating those trends. Even though Stephanie gets teased for her, apparently, ridiculous ponytail, she claims that ‘It’s my ponytail, and I like it,’ which is the exact outlook you should have on this kind of thing. The true message of Stephanie’s Ponytail, though, is to not be a copycat because man, oh man does that backfire in the end! *Spoiler* Stephanie tricks her classmates into shaving their heads. 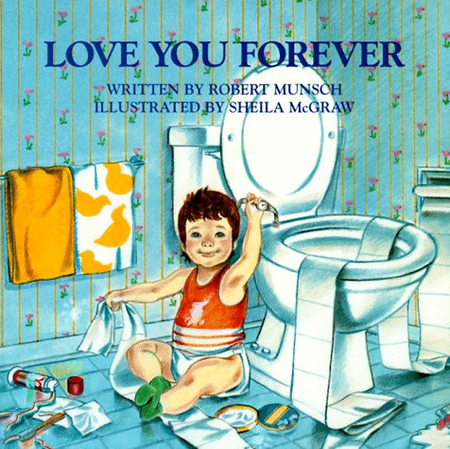 This book is a real change of pace for Munsch and possibly the saddest book there is. All about growing up and the relationship between a parent and their child throughout their lives, it is quite heartrending. Complete with a musical aspect, it chronicles a child’s journey, from birth to their parent’s side when they are old, all through the repetition of the song: ‘I’ll love you forever, I’ll like you for always, as long as I’m living, my baby you’ll be.’ 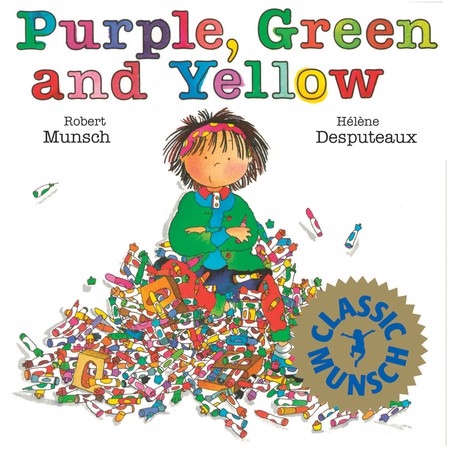 Having the newest and coolest things either makes or breaks you in elementary school. Brigid begs her mom to buy her 500 washable markers, then the next week begs her to buy 500 smelly markers, totaling 1000 markers (which is ridiculous!). She gets tired of these markers and asks for 500 more markers that are ‘super indelible never come off until your dead and maybe even later colouring markers.’ She once again gets bored, but instead, she moves on from paper to skin and colors all over her body. She goes from being colored, to invisible, and back to normal. The only person who suffered in this book is her father. 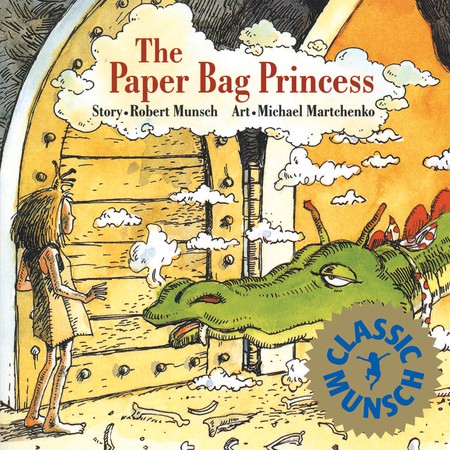 Beginning with a tragedy, Princess Elizabeth loses all her belongs, including all her clothing save a paper bag, to a tragic fire set by a rogue dragon who kidnaps her fiancé, Ronald. She goes to the dragon’s lair and very smoothly gets him to do a bunch of challenges like wreaking havoc on 150 forests and flying around the world twice, which eventually tires him out. Upon saving Ronald, he tells her that she can come back when she looks like a real princess, to which she responds ‘Ronald, your clothes are really pretty and your hair is very neat. You look like a real prince, but you are a toad.’ And they never get married. 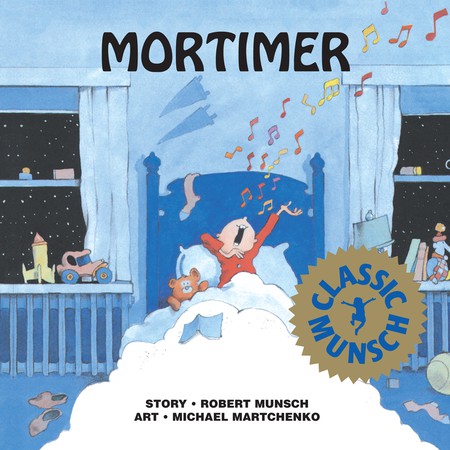 A young insomniac causes trouble for his entire family by singing a very loud song that elicits an audience participation portion of the book — ‘CLANG CLANG, RATTLE-BING-BANG GONNA MAKE MY NOISE ALL DAY!’ — and annoys his family to no end. His parents can’t handle him, nor can his siblings, so they call the police, which results in a large fight. The waiting bores Mortimer to sleep. 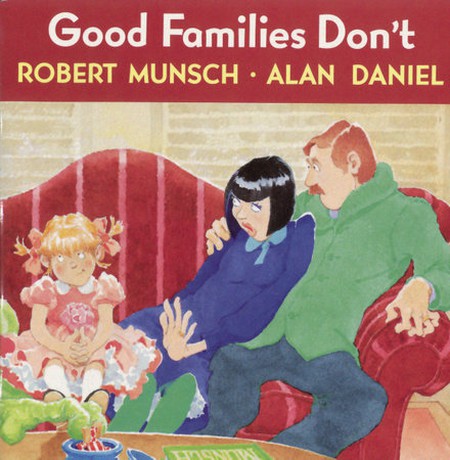 This is a very ridiculous book about a family fighting with a fart — which is a physical being. What else is there to say” Good families don’t fart. 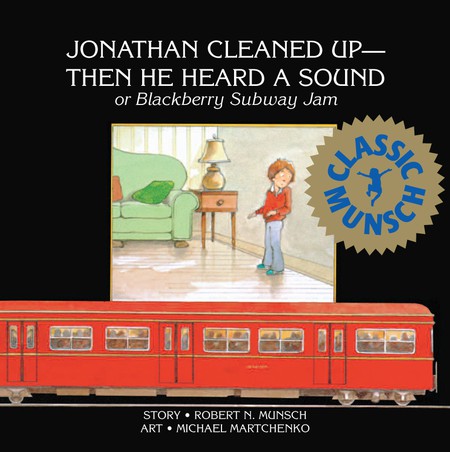 Jonathan Cleaned Up and Then He Heard A Sound…

Jonathan’s apartment suddenly becomes a subway stop and thousands of people come out of his closet. His mother sends him to City Hall to fix the problem, where he is sassed by the mayor and then is sent to talk to a greatly under-appreciated old man. In return for changing the subway stop, the man asks for lots of blackberry jam. Where does the train get rerouted to” The Mayor’s office. FUN FACT! The city hall in the book is modeled after old city hall right here in Toronto! 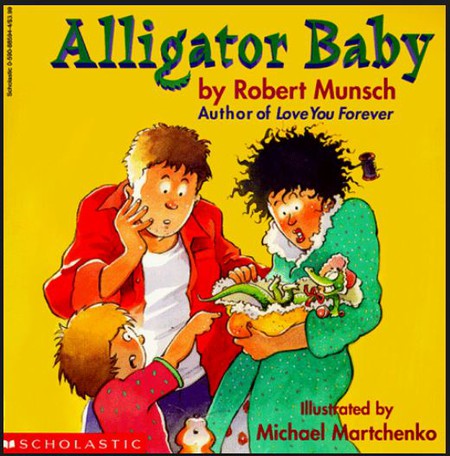 Kristen’s parents get lost on the way to the hospital while her mother is in labor. They end up in the zoo and take home a baby alligator by mistake. How anyone can make that mistake? ‘That’s not a people baby. That’s an alligator baby.’ 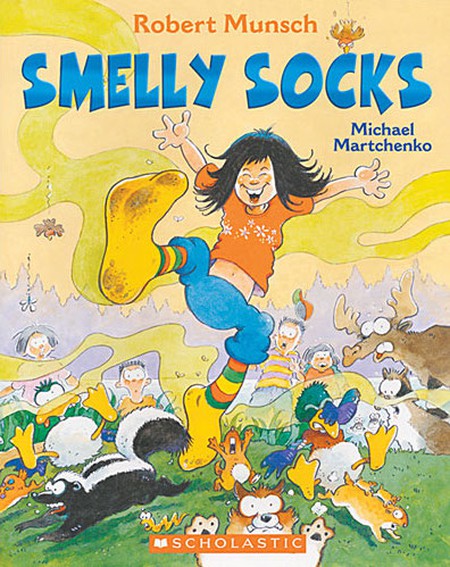 Everyone has some article of clothing or item they never wanted to wash. In this case, Tina loved her socks so much she kept them on for 30 days. Her intense odor can’t be tolerated by anyone, so they take a stand and throw her in the river to wash her. ‘Socks! Socks! Wonderful Socks! I am never, NEVER going to take them off!’