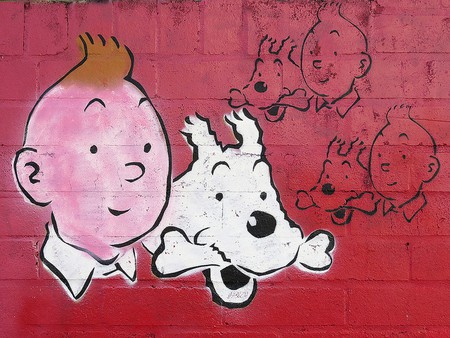 Dogs have always been present in novels and comics, either with human-like capabilities, as mere companions for the main character, or even as the central figure around which the entire story unfolds.

From one of the most beloved dogs in books and films, Lassie, to the dalmatian Pongo in the classic children’s book, 101 Dalmatians, you’ll rediscover funny, spoilt or bullied characters which give unique flavor to literature. This is a list of the top 10 most notable dogs in the world of fiction, from Canadian literature to Belgian comics. 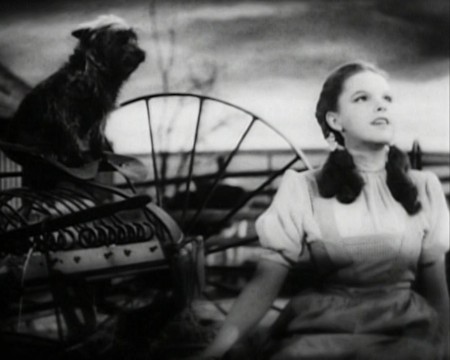 Toto from The Wizard of Oz

The faithful companion of main character Dorothy Gale,Toto, pronounced like ‘toe toe’, is a small terrier dog who, it turns out, can speak. In the first books the dog never speaks, although other animals reaching the land of Oz start talking. Only in the eighth book of the series does Dorothy finds out that Toto can speak, but chooses not to. Author L. Frank Baum describes Toto as ‘a little black dog with long silky hair and small black eyes that twinkled merrily on either side of his funny, wee nose’. 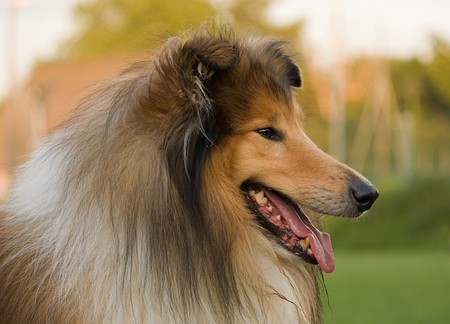 Although mostly known from the movie Lassie Come-Home, Lassie was firstly introduced to the world in the 1940 book bearing the same name, by Eric Knight. The female, long-haired collie dog Lassie goes through a series of adventures to go back to her loving family and their boy, Joe. Lassie has to be sold when Joe’s father loses his job, but she escapes several times from the new owners to go back to the boy. Even when she is taken to a highly remote part of Scotland, from where nobody thinks she can return, Lassie makes her way back, making her one of the best-loved characters in literature and film.

Jip appears later in the novel, as the lapdog of David Copperfield’s first wife, Dora Spenlow. Jip is a black spaniel, spoilt as most lapdogs are by their masters, and comically reflecting Dora herself. Both the dog and Copperfield’s wife are irritable, sensitive, pretty and always in the center of attention. Just like Dora’s family spoils her too much and transforms her into a ‘child wife’, Dora spoils Jip making him unbearingly jealous. They have mirrored lives until the end, as Jip dies by Dora’s side, just when she draws her last breath after a miscarriage. 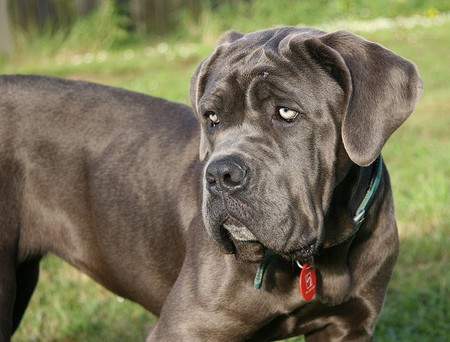 The half-giant Hagrid owns several pets and various magical creatures that challenge him throughout the book series. But he also keeps Fang, an adorably cowardly boarhound dog, whose enormous size contrasts with his lack of courage. He’s either scared stiff by a flying car, or incapable of getting out of a burning house, when Hagrid has to save him. In the last novel, Harry Potter and the Deathly Hallows, Fang’s cowardice reaches the highest levels, as he’s running away for the last time, frightened by a shattered vase.

Lorelei from The Dogs of Babel

Lorelei is the main character of this novel by Carolyn Parkhurst, also called Lorelei’s Secret in UK. She is a rhodesian ridgeback, and the only witness of the death of Paul Iverson’s wife. Throughout the book Paul tries to teach Lorelei human language so that he can find out more details about his wife’s death. He even leaves his job and goes through a series of questionable attempts to find a way to make Lorelei speak English. The name of the book is an allusion to the Tower of Babel, illustrating once more the difficulties Paul in communicating with the dog.

Snowy from The Adventures of Tintin

Faithful companion to the main character of the book, Tintin, Snowy is called ‘Milou’ in the original version in French. A white wire fox terrier dog, Snowy accompanies Tintin on all his adventures from the first comic book in the series. He is a talking dog, understanding human language, and expresses his thoughts in a funny and witty way. However, he only talks with Tintin and other animals in the first eight books; afterwards his talking role diminishes. Snowy has a big appetite and loves whiskey too, adding to his comical, light-hearted role in the series.

Pongo from The Hundred and One Dalmatians

Pongo is the father of 15 dalmatian puppies who, together with their mom Missis, live at the home of the newlyweds Dearlys. At a dinner party hosted by the intimidating and fur-loving Cruella de Vil, the adventure starts. The puppies are lost and the parents find out that Cruella has them in captivity, together with other kidnapped puppies. The entire novel is a race to rescue all the puppies, including those of Perdita, another dalmatian the Dearlys saved. Pongo is finally reunited with all his puppies and the others, giving the Dearly couple 101 dalmatians to care for.

Dogmatix from The Adventures of Asterix

The white terrier dog in the series of books, Dogmatix, has a minor role, but is ever present and sometimes helps with the development of the plot. The two main characters, Asterix and Obelix, barely notice Dogmatix at first, but later debate whether to take him on their adventures. When they do, the dog is very protective of his masters and sometimes even ends up drinking the magic potion. The dog’s name is a pun on words, from ‘dog’ and ‘dogmatic’, and his original French name ‘Idéfix’ represents the same pun, from ‘idée fixe’, meaning ‘fixed idea’. 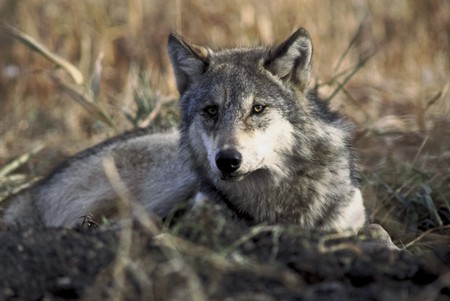 Wolfdog hybrid from 'White Fang ' | © Photo in the public domain

Jack London’s novel has as the main character the wild-born White Fang, who is three quarters wolf and one quarter dog. White Fang grows up unloved and bullied by other dogs, but gradually becomes more tame by having several masters who domesticate him. His third master, Weedon Scott, is the one who gains his trust and affection, after showing the dog the same, and saving him from his previous master. In the last part, White Fang takes the trip from Canada to an estate in California with his most loving master, Scott, where he is called ‘the blessed wolf’ for his good nature.

The Darling family employs, besides their maidservant, a dog named Nana as a nanny for their three children, Wendy, John and Michael. The Newfoundland dog Nana doesn’t speak human language but acts as if she understands her responsibilities towards the children. When the three of them flee to Neverland together with Peter Pan, Nana stays behind to comfort the distressed mother. J.M. Barrie based the character of Nana on his own dog, also a Newfoundland breed.