10 Cheap Things To Do In Toronto At Night

Toronto is a huge metropolis with much to offer in terms of art, music, dance, or general weirdness – all much cheaper than the average $15 cover for clubs located in the Entertainment District. Here are some to check out. 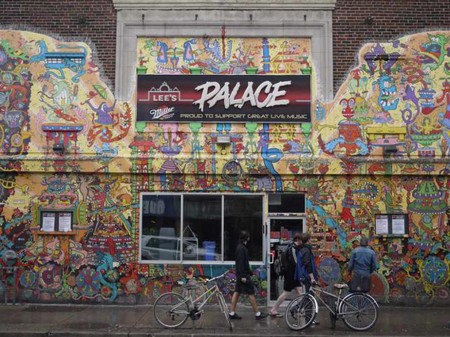 Located above Lee’s Palace, The Dance Cave is the perfect place to dance away your weekend. The Cave is spacious, dimly lit, and charmingly run-down. Weekends bring in a relatively young crowd for their discounted nights. The DJ spins tunes that reflect this – the music shifts back and forth between current hits and throwbacks that anyone who attended middle school in the early to mid 2000s would recognize. Bands such as Blink-182 and The Strokes are accompanied by the likes of R. Kelly and Taylor Swift. The overall vibe is casual and cool as most are dressed in denim and plaid. 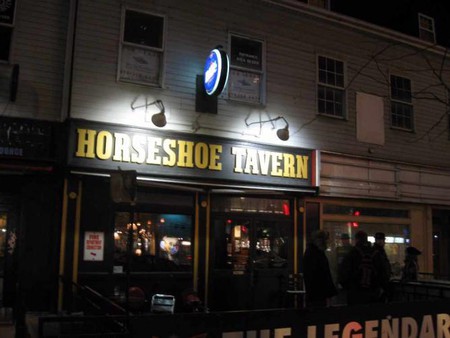 The Horseshoe Tavern is an iconic venue and features two back-to-back no cover nights – Shoeless Monday and Bookie’s Nu Music Nite on Tuesdays. Both are labeled as local nights, featuring unknown talents from around the city. Come here enough and you’ll probably witness the making of the next hit band, as the venue is famous for procuring talents that are on the verge of making it (Nada Surf, Matchbox 20, The Strokes, and Billy Talent, to name a few). The venue itself is dark and cavernous and has a worn-out yet intimate atmosphere that suits its history. 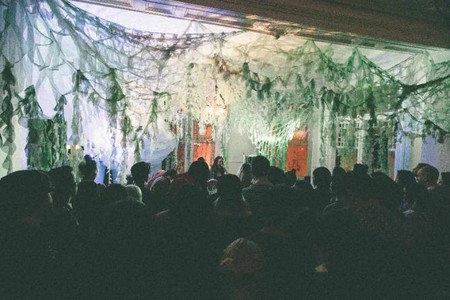 Indulge in all things art with Long Winter – a quarterly arts festival that takes place over the winter months of the year. Events are held at The Great Hall and consists of live music performances, art installations, new media inventions, tasty goodies, and more under one roof. Squeeze your way to the front of the main stage for a great view of Vag Halen or hang around the edges for some old school video game installations while nibbling on homemade popsicles. Walk upstairs into a cramped closet and sneak a peek at a ballerina’s solo or lounge on the balcony while taking in the eclectic sights and sounds. Lines to enter are unsurprisingly long, but it’s PWYC. 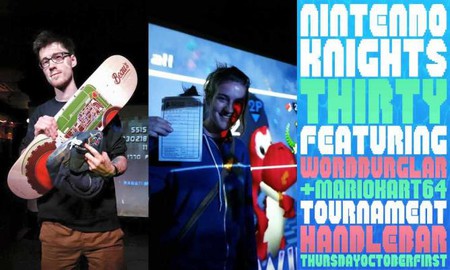 On the first Thursday of every month, Kensington Market’s very own Handlebar hosts a video game night known as Nintendo Knights. The monthly party, hosted by Damn Aykroyd, includes a tournament, as well as soundtrack-inspired performances by musicians like chiptune artists ‘DKSTR’ and ‘jefftheworld’. Although the focus is on classic head-to-head competitive SNES games, the event has begun expanding its consoles to the likes of the N64 and PS1 (basically anything from 1980-2000). 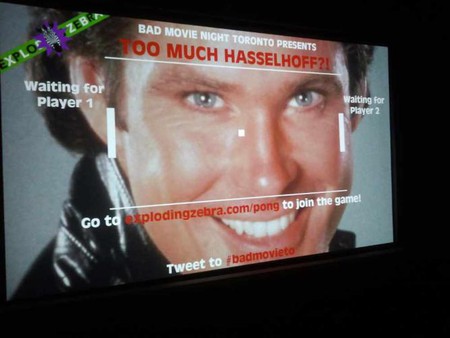 Located in the historic and cozy Clinton’s Tavern in the heart of Koreatown, the semi-regular Sunday night fiascos, hosted by Exploding Zebra, invite all to bask in the glory (or lack thereof) of movies ranging from Hercules in New York to Tammy and the T-Rex. Audience members are encouraged to react to the ridiculousness on screen through claps, cheers, or chants. The fun’s not over after the screening, as ‘supplementary material’ such as failed TV pilots or David Hasselhoff’s music videos are brought out to continue the night’s exploration of the so bad-it’s-good genre.

Sing to your heart’s content at Baby Huey’s weekly karaoke extravaganza – it’s high time for debauchery, embarrassment, and some serious soul-searching. You won’t want to miss this darling joint with its cherry-painted walls and the crowd’s matching plaid shirts. True to its location on Ossington, Baby Huey stays zesty with its trendy chandeliers yet down-to-earth pub vibe. Quench your thirst, clamber on stage, and wail unapologetically at every note on the spectrum – from Elvis to Adele and back again. 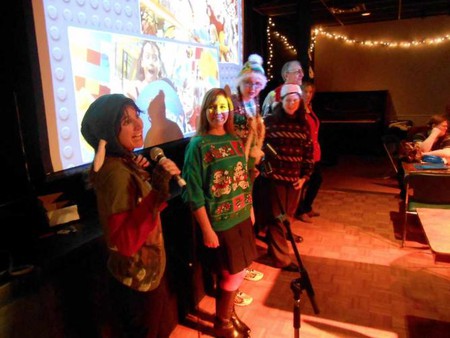 Embrace your inner geek at Nerd Nite Toronto – a monthly event offering rabid fanaticism in the finer points of astroporn, vandalized shopping carts, and spice extracts. All those with an appreciation for nerd subculture are welcome to conduct brief yet gushing presentations on esoteric subjects of their preference. Each nerd-out takes place at the cozy and intimate Tranzac Club. Wade knee-deep in intellectual discussions and beer among your fellow squares.

Put your television chops to the test at the chic Melody Bar, housed in the one and only Gladstone Hotel. The event takes place on the first Tuesday of every month, inviting fans of widely acclaimed shows like Seinfeld and Fresh Prince of Bel Air to fill the bar. Go solo or bring a team of up to four members for the ultimate television showdown. Who killed Laura Palmer? Is there really money in the banana stand? Drink to the nostalgia and fire away.

Every third Wednesday of the month, storytellers come together to weave the narrative of real, dense tales. This special event is called Dare Storytelling, and its mandate is simple: push boundaries, exercise vulnerability, and be prepared to take emotional risks. The stories unfold at The Ossington, where an eclectic atmosphere sets the tone for riveting tales of both triumph and hardship. Each month features a different theme, so there’s always something new to bring to the table. 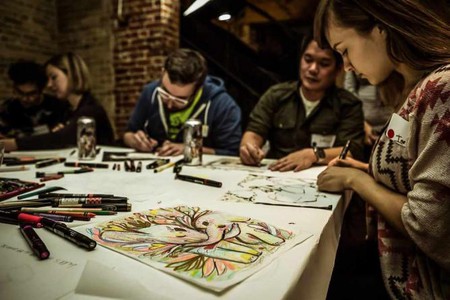 Once every two months, professional illustrators and art enthusiasts cross paths in an exciting fiesta of creation and collaboration. The events, which take place at different venues throughout the city, involve crafts, themed workshops, and the occasional Pictionary showdown. Although this might seem steep, nifty perks are often involved – a complimentary drink, for example, or special guest presenters and contests. It’s the ideal artist’s haven for networking, brews, and all your favourite crayons.