This Town in Canada is a Storm-Watcher's Paradise 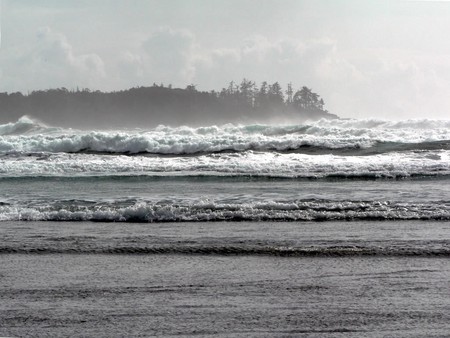 Located on Vancouver Island off mainland British Columbia, Tofino is a small town with a lot going for it. It’s known as not only Canada’s surfing capital, but also the best place to storm-watch along the west coast, from Alaska to Mexico. Keep reading to find out just why, and when, you need to visit this storm-watcher’s paradise.

As The Star reports, Tofino’s storminess is thanks to its location. “It’s the first point of contact for the marauding weather systems blowing in off the Pacific Ocean. It’s also crowned by the Vancouver Island mountains, which act like a giant raincloud catcher and force up to four metres of annual rainfall onto the sponge-like coastal rainforest.”

The Wickaninnish Inn, a beautiful waterfront property in Tofino, is the reason the small coastal town is now known as the best place to storm-watch on the west coast. To entice people to visit the Inn during the winter months, they began promoting the town, and the property, as a must-visit for storm-watching enthusiasts. This was nearly two decades ago, and thanks to their initial efforts, Tofino is firmly on the storm-watching map today. 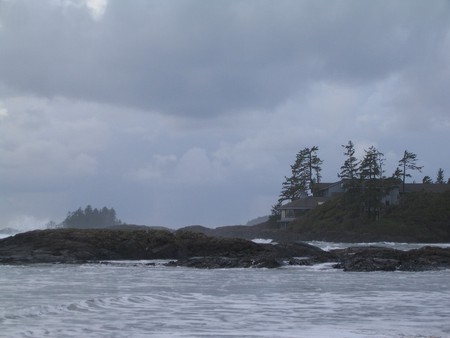 The Wickaninnish Inn was built for storm-watching. They even have a storm-watcher’s accommodation package available. Each guest room is equipped with full rain gear and rubber rain boots. Every room and public space also has either beach or ocean views. So no matter where you are, you can witness the storms from the warm comfort of the Inn.

Chesterman Beach, where the Wickaninnish Inn is located, is one of the best places to see the storms roll in. Watching the trees lean, listening to the wind howl (reaching up to 70 kilometres or 43 miles per hour), and seeing the large waves break against the rocky outcrops is an unbelievable experience. Waves have been known to reach between 10 and 12 metres (32 to 39 ft). Cox Bay Beach is another beach that’s worth visiting during storm season. In neighbouring Ucluelet, one of the best places to watch the storms is along the Wild Pacific Trail. See waves crashing over the cliffs at Amphitrite Lighthouse.

Storm-watching season in Tofino is from November to March, which is also low season. Although you’re hoping for horrible conditions, winter can also bring lovely, cloudless days to this part of Vancouver Island.