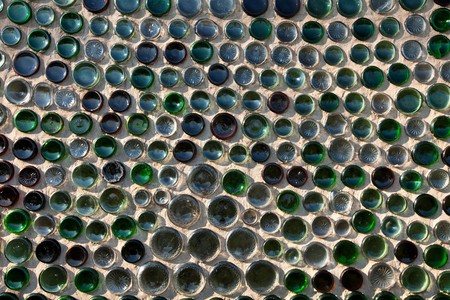 In 1979, Edouard Arsenault received a postcard from his daughter of a glass castle she had visited on Vancouver Island in British Columbia. Enamoured with what he saw, Aresenault decided to create his own glass structure and began collecting recycled bottles from local restaurants, community halls, friends, and neighbours.

Aresenault spent the winter of 1980 cleaning his bottles and began construction that spring. By 1981, his six-gabled structure, created by cementing together the bottles, was complete and opened to the public.

The response from his friends and visitors was so positive that Aresenault decided to build two more structures, and by 1984 he had created a total of three stunning structures using a total of 25 000 bottles. 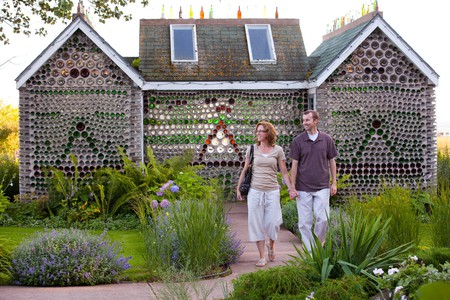 Due to the harsh island winters, the buildings began to deteriorate and so were rebuilt from 1992-1998. The original bottles were all used in the reconstruction, but this time the buildings were given four-foot foundations to increase their longevity. You can visit these beautiful structures in Cap-Egmont, Prince Edward Island from May to October.