This Canadian City is Haunted by a Persistent Humming Sound, and No One Knows Why 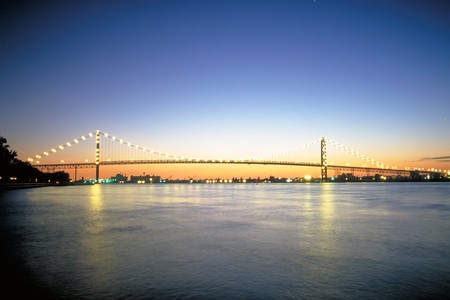 Residents of Windsor, Ontario consider their city amongst cities that have also been plagued by unnerving hums. A mysterious sound known as “The Windsor Hum,” came to the city seven years ago, and has affected over 220,000 people since it was first reported. Taos, New Mexico, Bristol, England, and a handful of other locations have also made the news with unexplained sounds. Discover more about the persistent humming that has been haunting Windsor!

Since around 2010, residents of Windsor have reported a humming sound. Over the years, the hum has come and gone, but it never stays away for long, in fact it has only grown louder over time. The sound has been compared to idling trucks or rumbling bass notes from subwoofers and has even been known to cause windows and picture frames on walls to rattle. For some residents, it’s more like a vibration, making the experience even more maddening for them.

Conspiracy theories link The Windsor Hum to UFOs, secret tunnels, as well as covert military operations. An official Canadian government report in 2011 discovered the sound comes from something a little more dull, a U.S. Steel plant on Zug Island, a heavily guarded American area, surrounded by fences, and located several miles down the river from the bridge that separates Windsor and Detroit.

Although unconfirmed, because requests to access the island have not been granted (unfortunately U.S. Steel won’t let anyone investigate the site or even discuss what it is for), the report suggests the blast furnaces at the plant may be the culprit. A University of Windsor report in 2014 also pointed to the same thing. Speaking to The Guardian, Colin Novak of the University of Windsor said, “We didn’t identify the smoking gun, but there’s enough evidence there to strongly suggest [the U.S. Steel plant is] the likely source.” 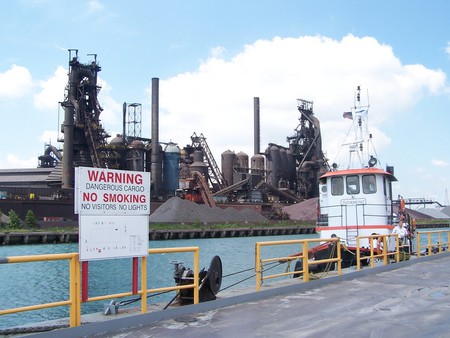 The locals find the noise a disturbance and a drain on their quality of life. For some residents the noise has caused nausea, sleep disturbances, as well as plenty of mental and emotional distress. Local Parliament member MP Brian Masses has asked Prime Minister Justin Trudeau for a federal investigation, believing there is a real need to get to the bottom of this mystery, even if that means a serious chat with their neighbors.

Meanwhile, the local residents feel ignored by the government and believe that there may well be a real conspiracy involved over the silence of U.S. Steel. They don’t want anyone from the plant to lose their job but would like for the source of the sound to be acknowledged — and something to be done about reducing the disturbance. Windsor just needs some peace and quiet!