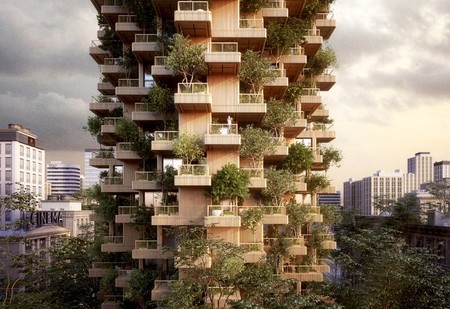 Inspired by Montreal’s renowned Habitat 67 building, this incredible proposal for an 18-story timber tower block in Toronto shows that high-rises can be built sustainably and still connect with nature, even in a hectic urban environment. 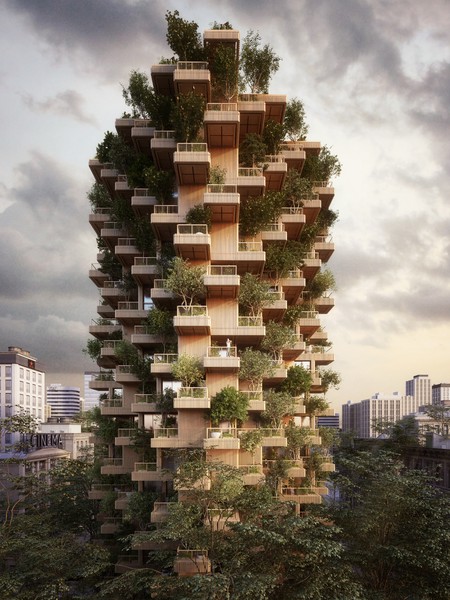 This forward-thinking structure by architecture firm Studio Precht is a massive step forward in the future of high-rise construction, as the prefab modular panels designed by Tmber will be constructed off-site and simply craned in, meaning that the building will be erected more efficiently and less wastefully, while also causing less chaos and disruption to Toronto’s residents.

“Our cities are an assembly of steel, concrete and glass,” Chris Precht of Studio Precht said in a statement. “If you walk through the city and suddenly see a tower made of wood and plants, it will create an interesting contrast. The warm, natural appearance of wood and the plants growing on its facade bring the building to life, and that could be a model for environmentally friendly developments and sustainable extensions of our urban landscape.” 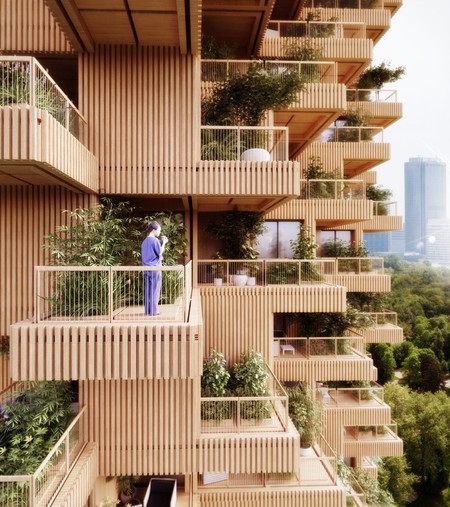 Using innovative construction methods, such as the Tree Tower’s cross-laminated timber design, could help ensure that the construction industry’s carbon footprint is substantially reduced in the future, which is why the Tree Tower Toronto is being heavily funded by the Canadian government. 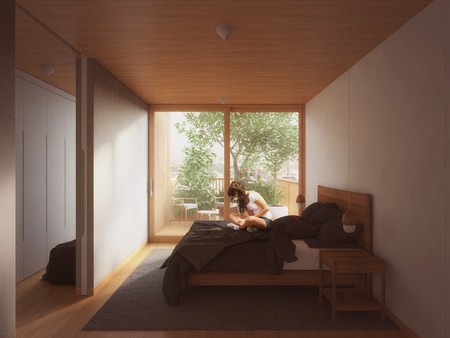 “Elements of a building like wires and copper will be scarce resources in the future,” says Dayong Sun, who also worked with Precht on the project. “To demolish a tower in a conventional way buries most valuable elements of a building. To think about down-constructing a tower secures for a sustainable life cycle of a building.”

The eco tower block will also incorporate substantial terraces where shrubs, veg patches and even trees will be planted, which will not only help with the immediate ventilation of the building but also provide fresher air for the Toronto community in general. 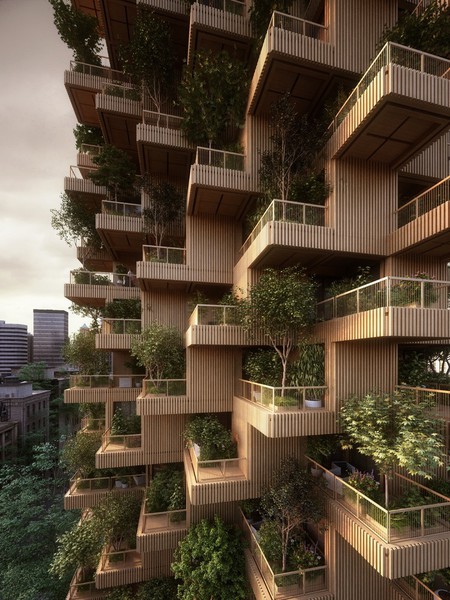 Undoubtedly, if the building is a success on completion, it will set a benchmark for future high-rises that are constructed in Toronto and the rest of the world. 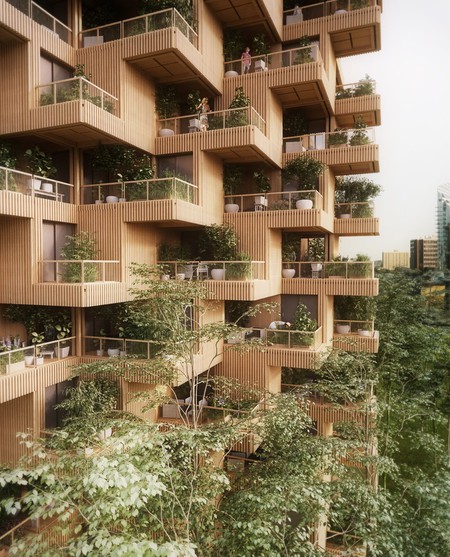