These Canadian Artists Explore Womanhood and Identity in Their Powerful Work 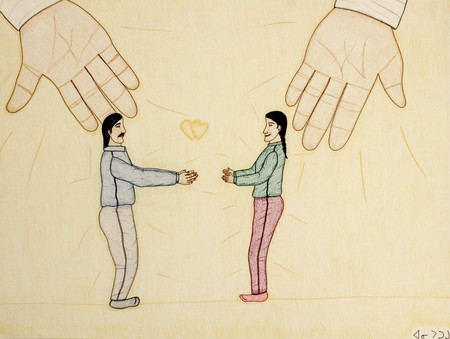 The following female Canadian artists are owning their message and telling it like it is. They have emerged onto the modern art scene and used various mediums and styles to address important issues in society. Their body of work explores narratives of language, representation, race, identity, and gender.

Annie Pootoogook sadly died in September of 2016. The daughter of Napachie and Eegyvudluk Pootoogook, and the granddaughter of famous artist Pitseolak Ashoona, her body of work challenges conventional ideas of Inuit art. Encouraged by the West Baffin Eskimo Cooperative in Cape Dorset, she started drawing in 1997 and went on to become a flourishing graphic artist. Her work has been celebrated and shown in Canada and abroad.

Pootoogook’s pieces do not portray a nomadic life; instead, they focus on what it is like to be a female artist living in Canada. She often depicts domestic situations full of details such as clocks, calendars, graduation photos, and Inuktitut messages stuck on fridges in modern Inuit kitchens. Within these scenes of modern outpost camp life are ATM cash machines, Playboy-style eroticism, the social services office, spousal abuse, and the Iraqi war on television. After the death of her mother in 2002, Pootoogook began to explore mortality and spirituality in her artwork.

Divya Mehra addresses the effects of colonization and institutional racism

Divya Mehra splits her time between Winnipeg, New York, and Delhi. One of her solo exhibitions in Toronto was titled “You have to tell Them, i’m not a Racist.” Using glaring lights to illuminate white acrylic-vinyl texts on white walls addressing microaggressions with plenty of tongue-in-cheek but a truth that hits home, she highlights things that people have actually said. Mehra has become known for probing identity, racism, and the construct of “diversity” in a sarcastic way. Drawing from references found in popular culture, literature and current affairs, she uses mediums such as sculpture, print, drawing, installation, and video to address colonization and institutional racism.

REVIEW: @divyamehra at @georgiaschermanprojects by @canartca Divya Mehra Undoes White on White “You have to tell Them, I’m not a Racist.”—Mehra’s latest Toronto exhibition—desecrates the white cube with gleeful impunity. "Racialized people are tired of explaining the fact of racism. To that effect, Mehra doesn’t have to say anything at all—the writing’s on the wall." Vidal Wu http://canadianart.ca/reviews/divya-mehra-white-on-white/?utm_medium=email&utm_campaign=Weekly+September+21+2017&utm_content=Weekly+September+21+2017+CID_9a677422f23ba433f7d31d0438442327&utm_source=E+Weekly+Campaign&utm_term=DIVYA+MEHRA+UNDOES+WHITE+ON+WHITE

Shortlisted for the Sobey Art Award 2017, one of her pieces features a gold Jaguar. Mehra created this artwork in 2010 as a witty remark on India Tata Motors’ acquisition of the car company back in 2008. In this work, the Jaguar, a coveted British status symbol, epitomized a shift in the balance of power. To represent the current climate, Mehra has now reimagined the Jaguar by crushing it to show the effects of a society that just talks about diversity but deepens along racial lines. 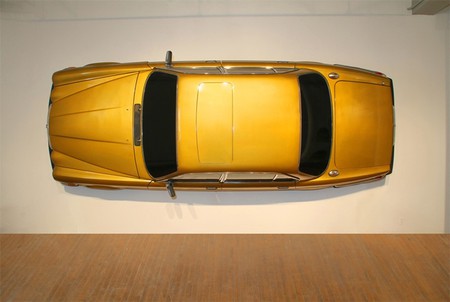 Kelly Mark was born in Welland, Ontario, in 1967; she lives and works in Toronto. Using sculpture, video, installation, drawing, photography, sound, performance, and public interventions, Mark explores the mundane rituals of a daily routine. Her body of work has been shown across the world at a number of venues, including the Art Gallery of Ontario, The Power Plant of Toronto, and the Vancouver Contemporary Art Gallery.

Mark has always had a fascination with the many shades of pathos and humor found in our day-to-day living. The mundane tasks of everyday life are where she discovers moments of poetic individuation. In an artistic statement found on her website, Mark explains why individuation occupies her art, “Individuation, especially within this uniformity, although subtle and frequently paradoxical, is something I find myself returning to again and again. Through my ‘will to order’ and my frequently inane sense of humour, my objective is the investigation, documentation and validation of these singular ‘marked’ and ‘unmarked’ moments of our lives.” 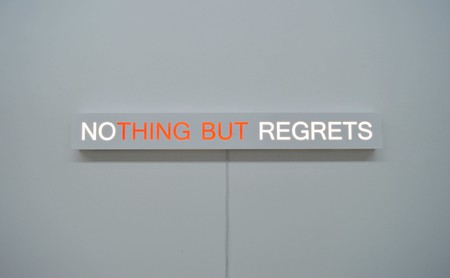 Elizabeth Zvonar lives and works in Vancouver, Canada. As an artist, Zvonar works in a variety of mediums, including collage, sculpture, and photography. Her concern is that society doesn’t think as critically as they could, and she strives to change that with art. Her goal is to create something that makes people look again and ask questions instead of assuming that they already know what something is. Zvonar’s body of work is preoccupied with capitalism, spirituality, restrictions of the patriarchal society, the history of feminism in the West, and how the female body is perceived.

The female body as depicted in contemporary culture and media is Zvonar’s most explored subject. Using collage (created from multiple sources such as fashion magazines, art history books, and textbooks that have been transformed into glossy photographs while retaining the original torn lines) and sculptures of body parts (including her own) that have been rearranged also in a collage-like way, Zvonar subverts the original sexual context of images and re-appropriates the female body. The luxury form of the materials contrasts with the subject matter and aims to provoke the viewer into considering different interpretations. 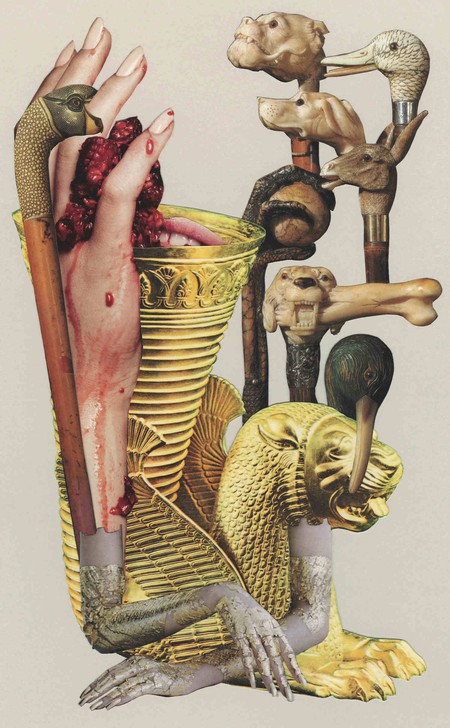 Natalka Husar was born in New Jersey in 1951 and moved to Toronto after graduating from Rutgers University in 1973. She has been an Associate Professor at OCAD University since 1990. Her work has been shown throughout Canada and is part of many public collections, including the National Gallery of Canada. Husar is renowned for paintings that reflect elements of Ukrainian culture and history, and since the ’80s, her art has echoed themes of a destroyed homeland and the lives of those left behind, identities in displacement, and the experiences of people of Eastern European heritage adapting to life in the West.

In her body of work, Husar explores the contrast between these opposing identities, between the birthplace of her parents (which she visited once in 1969 during the communist regime, and then in 1992 and 1993) and the place where she now lives, somewhere in between a mythic Ukraine and North America. She will often depict herself in her paintings by creating alter egos and reimagining them in disconcerting scenarios to address contemporary history—for example, as a nurse or a flight attendant or in other roles that are traditionally associated with women. This method gives her body of work a feminist edge and lets Husar explore her own approach towards making art; she says she works like a playwright. 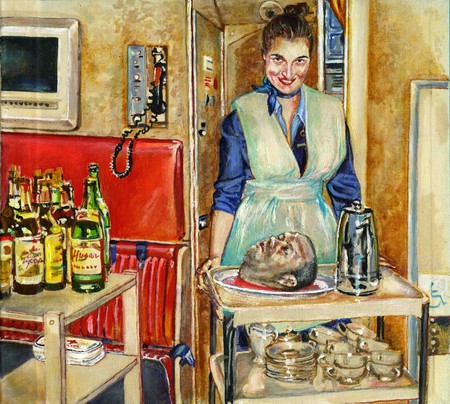