The True Story Behind 'O Canada!'

From Canada Day celebrations to hockey matches, Canadians are well familiar with the tune and lyrics of the country’s national anthem, O Canada. But there’s plenty you may not know about O Canada. From its original language to the (relatively recent) date it achieved official status, the true story behind O Canada is ripe with trivia. Here we unravel the true story behind the O Canada anthem.

Originally called ‘Chant National’, O Canada! was written as a patriotic song for French Canada in 1880. The original ‘Chant National’ was written by Sir Adolphe-Basile Routhier, a Canadian judge, author, and lyricist, and composed by Calixa Lavallée.

The idea of a national song for French Canadians was put forward by Reverend Napoléon Caron of the Trois-Rivières diocese, who noticed that the popular patriotic songs from English Canada, including ‘God Save the King’ and ‘The Maple Leaf Forever’, did not connect with the sentiments of French Canadians. Reverend Caron then wrote a letter to the National Convention of French Canadians in Quebec City and suggested that a public competition be held to determine a national song for French Canada during the Saint-Jean-Baptiste festivities in June 1880. However, realizing that they didn’t have enough time to organize a competition, the Convention formed a music committee in charge of producing a song.

O Canada! was completed in April 1880 and received a tremendous response from public. The first performance of O Canada! was held on June 24, 1880 in Quebec City.

As the popularity of O Canada! continued to increase across the country, people in English Canada came up with various different versions of the song in English. While the original French lyrics remain completely unchanged, the English version of O Canada! underwent several edits until 1908 when Robert Stanley Weir’s version of the anthem became widely popular in English Canada. 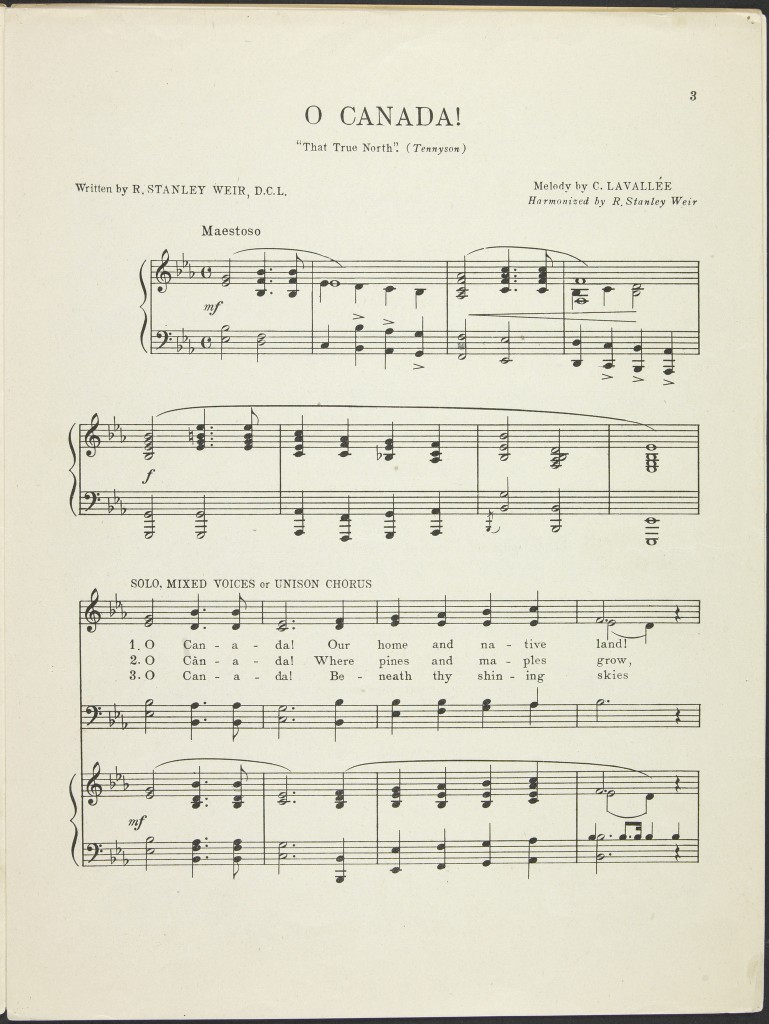 On January 31, 1966, Canada’s Prime Minister at the time, Lester B. Pearson, made an announcement in the House of Commons regarding the official status of the O Canada! anthem. Pearson proposed that the government take steps to make O Canada! the official national anthem of Canada, while keeping ‘God Save the Queen’ as Canada’s royal national anthem. The federal government authorized a special committee which furthered Prime Minister Lester B. Pearson’s suggestion.

After many debates and discussions, the Canadian government acquired the copyrights of Weir’s English version of O Canada! and music composition for future amendments. Over a decade after Pearson’s 1966 announcement, The House of Commons and the Senate passed The National Anthem Act on 27 June 1980, receiving Royal assent for the change the same day.

What better day to make the announcement than Canada Day? On July 1, 1980, in a public ceremony featuring the descendants of Routhier and Weir, O Canada! was finally proclaimed as the official national anthem of Canada. 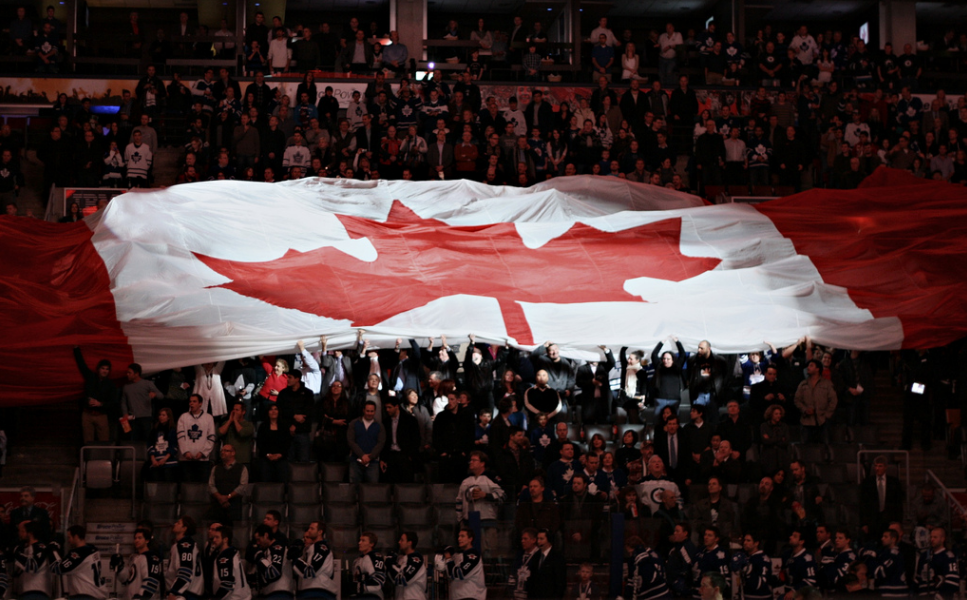 Official versions in English and French