The Top Things to Do in Mont-Tremblant for Non-Skiers 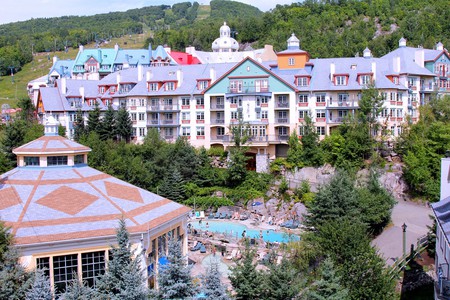 During wintertime, there are so many things to do at the Mont Tremblant Ski Resort in Quebec besides skiing and snowboarding. Some of them do involve the snow, such as dog sledding, while others just involve relaxing, like visiting a local spa. Check out the best things to do in Mont-Tremblant for non-skiers.

Go on a dune buggy adventure

Although visitors can go snowmobiling, why not try something different and head on a dune buggy tour? See Mont-Tremblant from a different perspective as you take to the snow in a dune buggy. Some guided tours will take you through the forested terrain on the edge of Mont-Tremblant National Park. There’s also the opportunity to drive your own dune buggy, which will definitely get the adrenalin pumping without strapping on the skis or snowboard.

The Activity Centre in Mont-Tremblant offers a range of dog sledding adventures around the resort. The forest and mountain escapades take visitors through the nearby Laurentian Mountains – via forest, valleys and open spaces. The sledding expeditions also include some fun climbs and descents, which the whole family can enjoy. 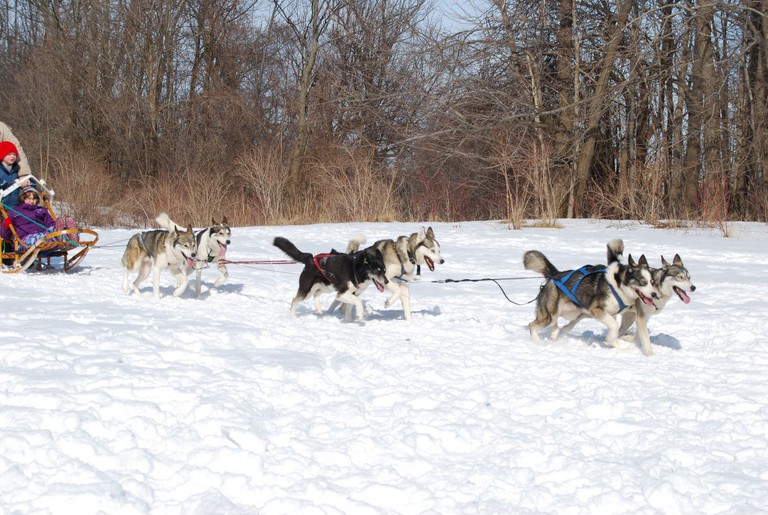 Take to the ice

There’s a lot of fun to be had on ice. Try ice fishing, a historic Canadian pastime. Mont-Tremblant’s Activity Centre, once again, puts together an organized trip to a nearby frozen lake surrounded by mountains. The fish likely to be caught include pike, perch and smallmouth bass. The qualified guides drill fishing holes into the lake and set up your lines. They also have a catch-and-release policy and a hut for warming up afterward. Other icy activities include ice climbing and ice skating.

Shop up a storm

When you need a break from the cold, take to Mont-Tremblant’s European-style village and do some shopping. There are over 35 retail outlets, including one-of-a-kind boutiques and larger chain stores. Ludivine is a popular women’s clothing store featuring German and Italian designers, such as Luisa Cerano and Riani, while the Sugar Shack is a favorite for everything maple: maple taffy made on fresh snow, maple butter ice cream and lots of maple syrup. 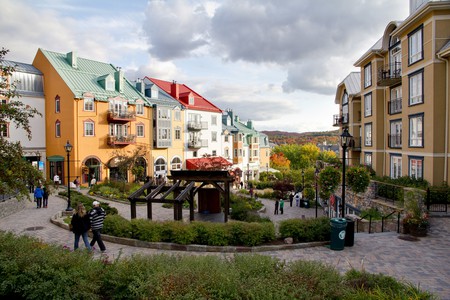 Head to the casino

Housed in an alpine-style building with stunning mountain views, the elegant Casino de Mont-Tremblant features 500 slot machines inside, two bars, one restaurant and one stage that hosts weekly performances. Altitude Seafood Bar and Grill is not only known for its grill but also for its Sunday Brunch. Start your day with mimosas, French pastries, sweet crêpes and homemade omelettes.

Winter hiking might sound strenuous, but in Mont-Tremblant, it means breathtaking snowy views. There are three main places for winter hiking in the region. Hikers can walk along the D1 Trail in Le P’Tit Train du Nord’s Linear Park, which crosses from the Laurentian Mountains to Mont-Tremblant. Domaine Saint-Bernard’s ecotourism center has a two-kilometre (1.3-mile) trail to the lake, which is perfect for winter walks. Finally, there are over six kilometers (four miles) of walking trails that lead to idyllic lakes and over groomed slopes in Quebec’s first national park, Parc Du Mont-Tremblant. 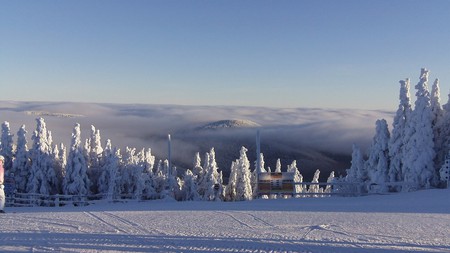 For some mountainside fun that doesn’t involve skis or snowboards, try tubing. Aventures Neige is the best spot in Mont-Tremblant, offering eight different slides, two mechanical lifts and excellent views from the top. Mont Tremblant Resort also offers sliding evenings, a family-friendly event at the base of the mountain every night. The best part is that it’s free for people staying at the village.

Après without the ski

Mont-Tremblant’s picturesque village is filled with many different restaurants, bars, and nightclubs. Spend your afternoon or evening having a craft beer at Microbrasserie La Diable, eating fondue at La Savoie or sitting by the fire at Nansen Lounge. No one says you can’t enjoy an après-ski spot without doing the skiing or snowboarding beforehand.

Try biking in the snow

The only network of fatbike and e-fatbike (electric fatbike) trails in Quebec is located right next to Mont-Tremblant. D-Tour does an e-fatbike twilight tour from Domaine Saint-Bernard and beside the Diable River. There are also over 60 kilometers (37 miles) of well-maintained fatbike trails around Mont-Tremblant, and you can hire a bike from five different rental services in the village.

Have a spa day

Spa
Facebook
Email
Twitter
Pinterest
Copy link
Share
Map View
Relax off the mountain in the luxurious Scandinave Spa. It’s located beside Diable River and specializes in hydrotherapy. Rejuvenate your body through this Scandinavian tradition and rotate between hot and cold baths, all while being surrounded by nature. The spa also offers several massage treatments and packages; therefore, you can get the full relaxation and reinvigoration experience.
Open In Google Maps
4280 Montée Ryan, Mont-Tremblant, Québec, J8E 1S4, Canada
+18885372263
Visit Website
Give us feedback
Give us feedback