The Top Board Game Cafés In Toronto 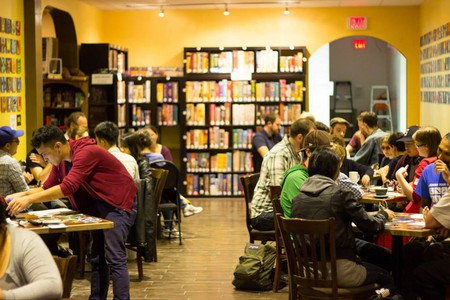 Known as Toronto’s board game pioneer, Snakes & Lattes’ wall chock-full of board games says it all. Each month, Snakes & Lattes hosts a ‘Game Designers Night,’ where designers and fans play prototype board games in development. Caffeine is sure to give an upper hand in your board gaming, so fuel up with a salted caramel latte, flat white, or your choice of tea. The food is great as well; share their caprese bites or an artisan cheese board. If you’re looking to imbibe, don’t let the ‘Lattes’ aspect of Snakes & Lattes deter you – they’re fully licensed, so grab a pint and get gaming. Round up some friends, choose a few games, and quell your boredom. 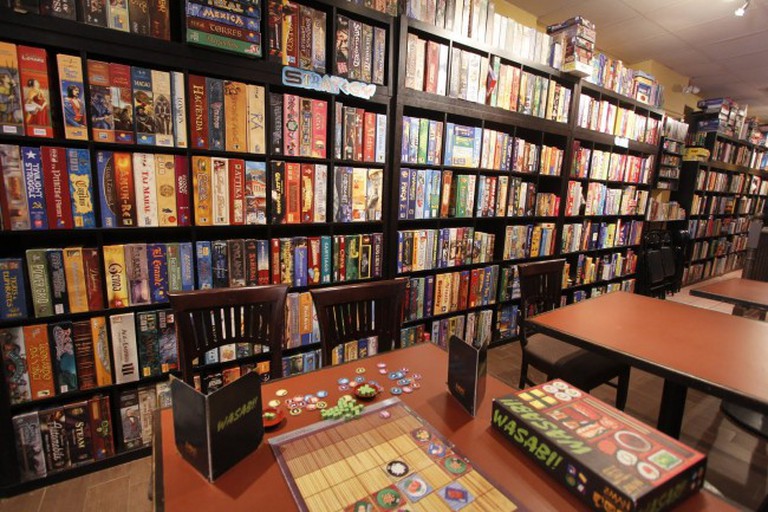 With an impressively large library of board games available, Castles is a popular spot in the city. Rustic yet modern, this café is it’s perfect for chilling out with friends over a board game. The food perfectly compliments a board game session, whether the kid in you wants to have ‘Milk & Cookies,’ ‘Wildberry Cheesecake,’ or an ice cream sundae while playing games, there is a snack for every board game player.

For veteran and new gamers alike, For The Win is a café by gamers, for gamers. With a passion for creating a space just for board games, the café offers artisanal coffee to give a caffeine advantage for players. Board games funded on crowdfunding sites are rare to find in some cafés, but For The Win has sweet loot such as Exploding Kittens, Dungeon Lords, and Zombicide. Both coffee or bubble tea are offered at great prices, with options such as ‘Nutella Latte’ or ‘Almond Milk Tea’ for just $4.95.

What makes a board game café better? A bit of live action board gaming with their very own escape rooms. Sit down with a board game or escape a room with impending zombies. Riddle Room has an edge over other board game cafés out there, as there is no cover charge to play board games. Escape rooms are $20.00 on weekdays and $25.00 on weekends (including Fridays and holidays). Order off the menu, and games are on the house. Not only is popcorn perfect for sharing while playing in groups, Riddle Room makes ‘Japanese Popcorn,’ changing the traditional salt-and-buttered popcorn into a sweet and savory mix using matcha.

A-Game encourages you to go on an adventure with friends, whether that means making deadly dungeons in Boss Monster, or conquering friends in Catan. This café hosts ‘Settlers of Catan: League/Social Night’ daily, for fans and newbies alike. The knowledgeable staff is a plus, so go ahead and pick a new game. Simply ask, and they will guide you through how to explore the board game and even play a few rounds with you. With the purchase of a menu item, the café offers ‘Weekdays Three before 3,’ with a sit in fee of $3.00 before 3:00pm, and ‘Toonie Tuesdays’ for $2.00. 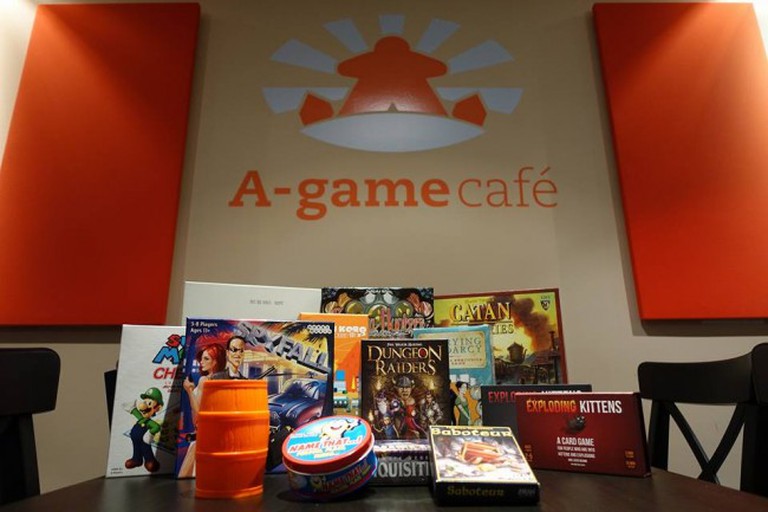 Time Capsule is aptly named to encourage a bit of nostalgia. A perfect place to unwind, this café’s décor completes the nostalgic atmosphere with a dragon, lava lamps, pinball machine, mural, and bean bag chairs. The menu features savory snacks for a board game night, such as the ‘Battlecruiser Crepe’ (seasoned beef, cheese, gravy, topped with cherry tomatoes and salsa and sour cream), or ‘Thai Bites’ (cut chicken breast and mixed up with sweet chili sauce served with fries and cucumber). Temporarily travel back to a stress-free life and enjoy some timeless board games. 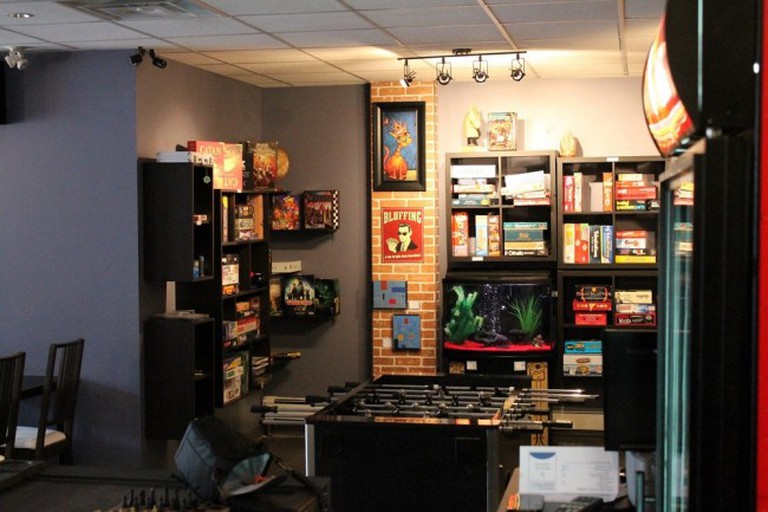 This café welcomes the strategic trading card players. Magic: The Gathering and Vanguard are fan favorites here. Face to Face hosts monthly tournaments and fosters a strong community, helping newcomers reach their potential. Meet others who can match your pro card game strategies, and join the active community. If you aren’t into trading card games, don’t fret — casual board games are also available. Bring your friends, enjoy some food and coffee, and conquer your friends with your customized deck. 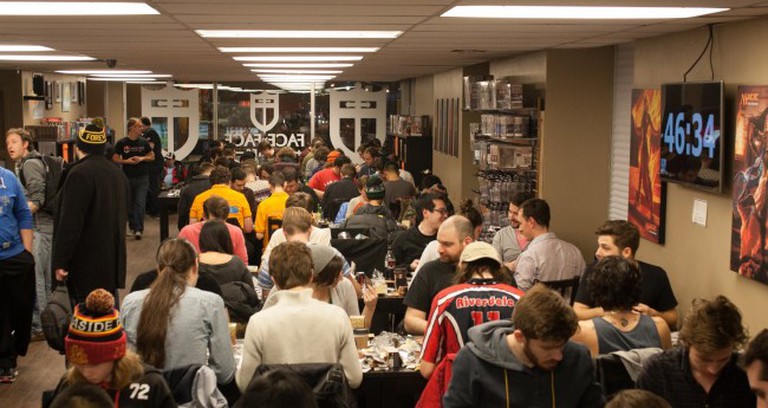