The Top 7 Things to Do and See in Yaletown, Vancouver

Previously a predominately industrial area, Yaletown district in Vancouver began shifting towards a stylish, high-end neighborhood in the late 80s. Today, what was once teaming with warehouses and rail yards has been reconstructed into one of the most sought-after living and dining areas in Vancouver. Situated in between some of the city’s busiest streets, Yaletown is small but dense. With the most patios in all of Vancouver, Yaletown is ideal for people-watching, eating, and exploring some interesting boutiques that aren’t found elsewhere. This is the place to come to truly feel like a Vancouver inhabitant. Take a look at some of the great things to do around Yaletown.
Engine 374 © Nils Öberg/Wiki Commons

As one of the focal points of Yaletown, Engine 374 Pavilion and The Roundhouse Turntable Plaza pay homage to the history of the district. The Engine 374 Pavilion houses a steam engine (Engine no. 374) which was the first trans-continental train to arrive in Vancouver in 1887. The pavilion is open 7 days a week with free admission and has knowledgeable volunteers roaming around ready to answer any questions. It’s a great experience for kids and adults alike to learn a little about Vancouver’s past. The pavilion is right next the the Roundhouse Turntable Plaza which is built around a giant crane—a nod to Yaletown’s, specifically the plaza’s, industrial history. Roundhouse sets the stage for a variety of activities and often hosts events. 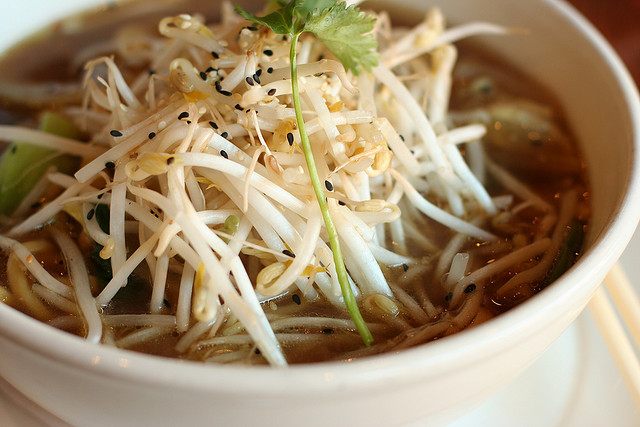 Yaletown Brewing Company is a Yaletown restaurant staple that was established in 1994 at the brink of Yaletown’s move from a warehouse district to the trendy neighborhood it is today. The indoor has a modernized rustic decor with dim lighting that gives a nod to its local pub vibes. The menu features standard pub food with a twist that incorporates many of the local cultures. There is also an entire selection of gluten-free options. Yaletown Brewing Company has a constant rotation of seasonal beers on tap giving customers an ample collection to try and even sell the beers in growlers to take home. The biggest appeal of the Yaletown Brewing Company, however, is the large patio out front. Yaletown is famous for its many patios and this one is ideally placed to have all of Yaletown in view—perfect to take in the sights and the people strolling around. 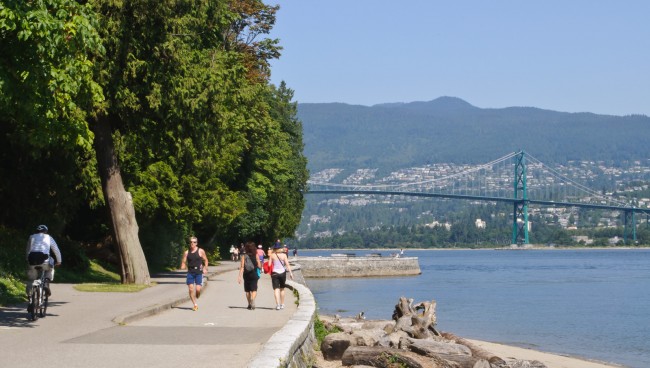 Originally, the Vancouver seawall referred to the stone wall built around the boundary of Vancouver’s Stanley Park to prevent erosion of its foreshore. A path was built following the length of the seawall that eventually extended far past Stanley Park and around 22 km of the Vancouver waterfront. This path was aptly named the Vancouver Seawall and developed into what could almost be described as a long park. The path is lined with grass and trees and benches along the side. The actual pathway is split into two, one side for pedestrians and the other for bikes and is a popular exercise route. Although not specific to Yaletown, it does pass through it and provides an excellent means of getting in an out of Yaletown whilst exploring the rest of the city and simultaneously enjoying a beautiful view.

In addition to a great living location and some mouthwatering food choices, Yaletown is also known to be a prominent art district. There are a multitude of art galleries featuring everything from Native American art to custom-made art. The Jennifer Kostuik Gallery is one of the most expansive and internationally recognized galleries in the area. The artists range from local to those as far away as Australia. The gallery features all contemporary art of various medias, thematically linked by the artists’ attempt to express their surroundings. Definitely a must-see gallery to help appreciate Yaletown’s artistic inclinations. 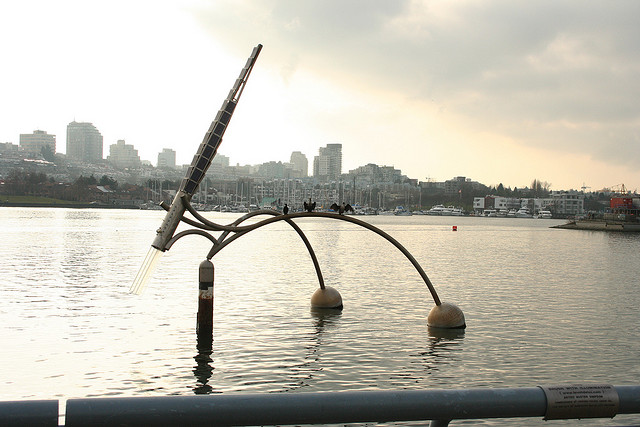 In the midst of the bustling life of Yaletown, David Lam Park embodies some of what Yaletown dwellers value the most—art, fitness, and nature. Practically on the seawall, there’s a great view as well as ample activities within the actual park including tennis and basketball courts, volleyball nets, and playgrounds for children. There are also paths paved specifically for biking and rollerblading. During the summer, David Lam Park plays host to the Vancouver International Jazz Festival and Yaletown Outdoor Movie Nights. It is also a local favorite for dog-walking or just relaxing on the big, green field in the center. Sculptures litter the park making it a great art walk. Even the bathrooms have been made into an art piece with a waterfall cascading down the side of the building. Most of Yaletown’s other attractions are condensed in the same area—the Roundhouse Plaza borders one side of the park and there plentiful food choices all around. 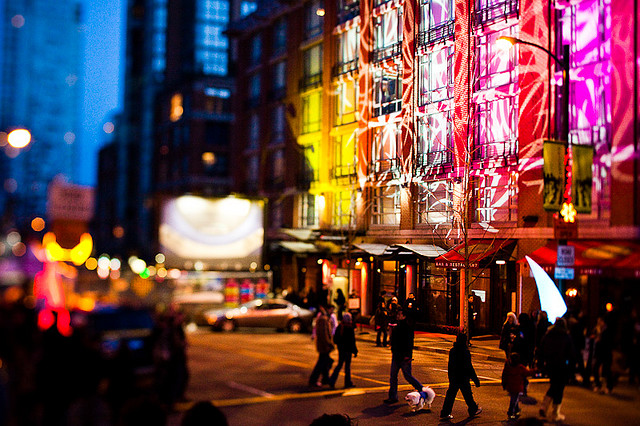 Just as during the day, Yaletown boasts of a lively nightlife. Located in the very popular Opus Hotel, the Opus Bar is a local and celebrity favorite. The interior is very sleek and modern with dim lighting and minimalist furnishing. There is an extensive menu featuring unique snacks available until 11pm. After that, it’s all about the drinks; whether choosing an Opus Bar original or sticking to a classic, they’re all made to perfection. However, Opus Bar is not just a nightlife hot spot, but just as busy during the day. Morning and early afternoon, Opus Bar is transformed into a coffee shop serving delicious coffee and fresh pastries. Happy hour is between 3-6pm and a daily rotation of flatbread is complimentary with drinks. 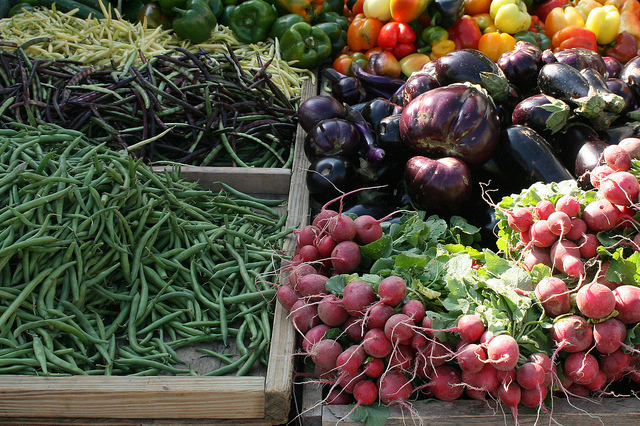 Market, Canadian
Although a seasonal event, the Yaletown Farmers Market is one of the best experiences when visiting Yaletown. Between May and October, a section of Yaletown gets cut off and is transformed into a busy market with a chance to see what the local area has to offer. The market has many local farmers and bakers selling fresh food to purchase. There are also food stalls featuring some of the best from the local eateries. The Yaletown Farmers Market is also a chance for all the small business and artists to come out and sell some of their artwork and products to the public. The Yaletown Farmers Market is held every day and is a favorite of the locals and tourists alike.
More Info
Open In Google Maps
Vancouver, Canada
View menu
Visit website
Visit Facebook page
Send an Email
Give us feedback
Give us feedback